On June 12, the Texas Supreme Court filed its opinion on the case of Mo-Vac Service Co. v. Estate of Fabian Escobedo. The lawsuit centers on a crash that killed Escobedo, a Mo-Vac driver. The lawsuit claimed that Mo-Vac grossly overworked Escobedo, causing the fatal crash.

On May 30, 2012, Escobedo was driving one of Mo-Vac’s 2007 Mack trucks pulling a 1985 Reynolds tank trailer. He was “extremely tired and exhausted,” according to the complaint. As a result, he either fell asleep or became unable to control the truck. The vehicle suddenly veered off the road, rolled over and struck a pole. He died from positional asphyxiation.

Escobedo’s family filed a lawsuit against Mo-Vac for wrongful death. Mo-Vac argued that there was no evidence of intentional acts and no evidence of conscious pain and suffering. The company filed a motion for summary judgment in an attempt to dismiss the family’s claims without trial. The district court ruled in favor of Mo-Vac. But an appellate court reversed the decision, allowing the Escobedo family to go to trial.

Among the findings overturned by the appeals court was a ruling by the lower court that Escobedo’s family failed to show that the company’s intentional actions caused the crash.

The appellate court’s ruling highlights an affidavit provided by one of Mo-Vac’s terminal managers, Urbano Garza. Garza’s sworn testimony paints a picture of how the oil boom in Texas led to a situation where the company “could not keep up with demand for drivers,” forcing dispatchers and managers like himself and drivers like Escobedo to overwork and falsify logs.

“Management of the company forced upon me and the dispatchers, a clear directive to have the drivers work unsafe hours rather than let a competitor get the jobs, which were demanded by our customers,” Garza stated in the affidavit.

According to Garza’s statement in the court records, Mo-Vac:

Garza said “it would be simply impossible” for the company to not know that it would cause an injury or death.

Regardless, state workers’ compensation law allows only for the surviving spouse or heirs to recover exemplary damages when death was the result of an intentional act. Since the parents and sister of Escobedo are the plaintiffs, the workers’ comp act disqualifies them from seeking those damages.

In its published opinion, the high court points out the Texas Workers’ Compensation Act, established in 1913, states that statutory benefits are the exclusive remedy for a covered employee or his legal beneficiary against his employer for work-related injury or death. By 1916, the Texas Supreme Court decision added action for intentional injury to an employee.

The high court has defined “intent” to have two meanings:

Texas workers’ compensation is the exclusive form of remedy in accidental cases.

That means someone cannot file both worker’s compensation and a lawsuit for accidental injury. Intentional injuries, on the other hand, open the door for both workers’ comp and litigation, based on court precedent.

The high court noted that Escobedo’s argument is similar to a previous case where a machine worker “was injured working long hours, in a single workplace, with only a few other employees, on one particular lathe known to be dangerous, by that very danger,” the opinion stated.

The keyword there is “specific,” according to the Texas Supreme Court. The court has defined “specific” in this context to mean “that an employer’s belief that injury is substantially certain must be with respect to a particular employee from a definite risk,” the court opined.

The Texas Supreme Court ruled that “being overworked in an unsafe job environment is insufficient.”

As an example, the Texas Supreme Court explained what qualifies under the intentional-tort exception. In one case, a trucker assigned a 250-mile route noticed the tires were in unacceptable condition. Regardless, he was ordered to make the delivery anyway. When a tire blew, the trucker was instructed to replace the ruined front tire with one of the back tires. He advised that it is illegal to drive a truck without all six tires. He was told to go anyway. Eventually, the lone back tire blew and the truck flipped, causing injury to the driver.

In the subsequent lawsuit, the court ruled that the supervisor had to know that driving the truck in its condition was substantially certain to result in a blowout, resulting in a loss of control. The order to continue “showed that he intended (the trucker) to risk the specific danger,” the court ruled.

A request for changes

Although the case is effectively over, one issue may not be. In her concurring opinion, Justice Eva Guzman urged the Texas legislature to enact changes within the Texas Workers’ Compensation Act to ensure a similar situation yields better results for families of the deceased.

“A hardworking Texan died alone on the side of a highway in a foreseeable accident that likely would not have occurred but for his employer’s intentional disregard of laws enacted to protect workers and the public,” Guzman stated. “Though precedent compels me to concur in the court’s conclusion that the Texas Workers’ Compensation Act provides the exclusive remedy for the Escobedo family’s heart-wrenching loss, I write separately to urge the Legislature to align the act with Texas’s wrongful-death statute by extending the act’s exemplary-damages exception to parents who have lost a child, like the Escobedo family.”

Section 408.001(b) of the Workers’ Compensation Act allows certain family members to recover exemplary damages. However, Escobedo’s parents and sister filed the lawsuit, disqualifying them from recovering those damages.

“But the exemplary-damages remedy in section 408.001(b) is unavailable not because the alleged conduct does not rise to the level of gross negligence but because Fabian had no wife or child to grieve him,” Guzman said. “By treating some employees as more expendable than others – even when the workplace conditions are the same. Section 408.001(b)’s deterrent effect is weakened, and public safety is imperiled. Employers who intentionally, willfully, and repeatedly ignore, thwart, and evade workplace laws should not escape responsibility when the foreseeable consequences of doing so materialize.”

“In a perfect world, employers would do the right thing simply because it is the right thing to do,” Guzman concluded in the opinion. “But we don’t live in a perfect world. We live in a world that requires laws, regulations and disincentives to help ensure employers don’t do the wrong thing. Without meaningful consequences for engaging in prohibited conduct, laws are not effective.” LL 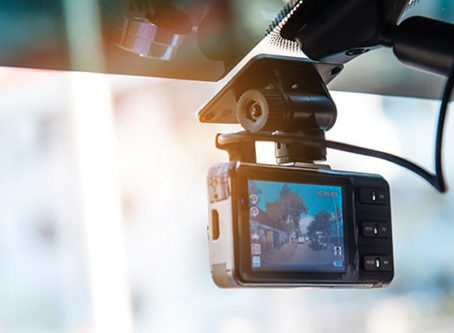 Is a dashcam video credible evidence in a truck-related crash? That’s a question before the Florida Supreme Court. 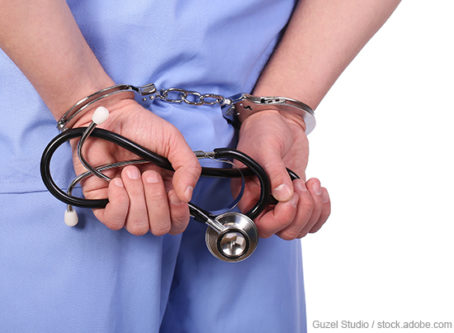