During the Fourth of July holiday weekend, some OOIDA members represented truckers in a once-in-a-lifetime event at the White House. President Donald Trump invited groups of front-line workers during the pandemic and OOIDA was invited to represent truckers.

“We were thrilled to attend the event at the White House on July 4th,” said Mike Matousek, OOIDA’s manager of government affairs. “It was an amazing experience regardless of your political affiliation and I think everyone who went on behalf of OOIDA had a great time.”

OOIDA members and other essential workers were hosted on the White House South Lawn during Salute to America to enjoy food, music and fireworks. After President Trump’s speech, an air show showcased aircrafts from nearly every American war. The aircrafts spanned from World War II to present-day fighter jets, including the B-2 stealth bomber.

OOIDA member Jesse Milligan was one of the attendees.

“It was an honor to represent OOIDA and my fellow truckers at the Salute to America event,” Milligan said. “I greatly enjoyed the time I was able to spend talking about our industry with veteran truckers, OOIDA representatives, and others while I was in D.C. It was an incredible experience I will not forget.”

“It was an honor to be at the White House for this event,” Wiederhold said. “Representing OOIDA and truckers was certainly a great deal.” 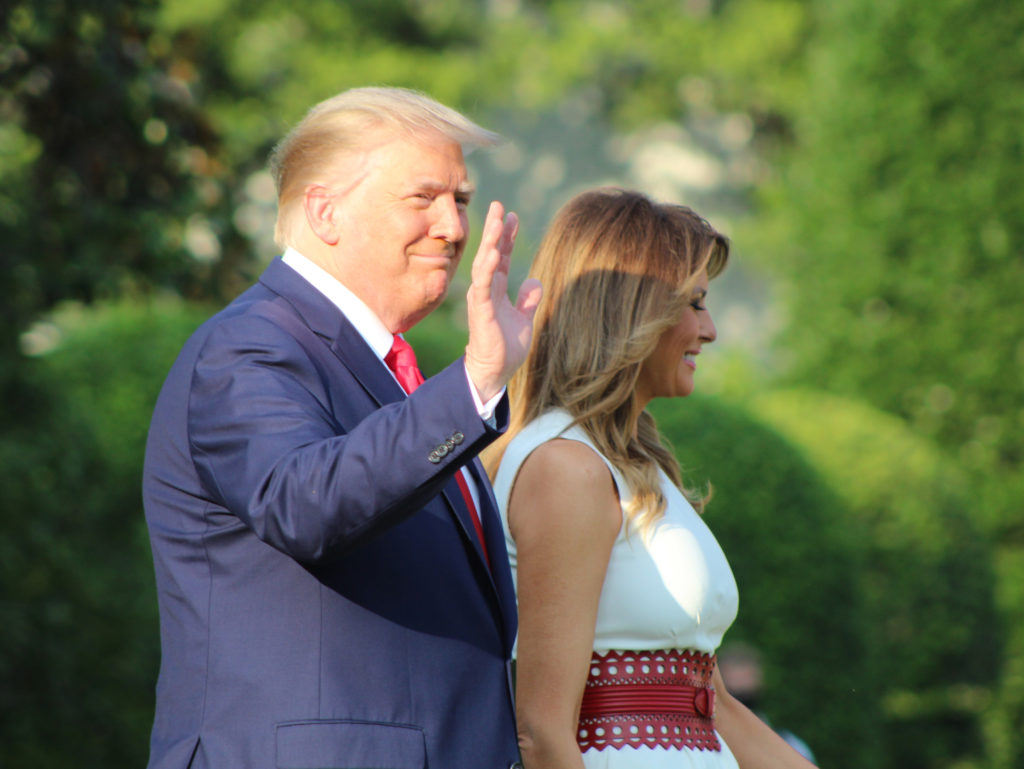 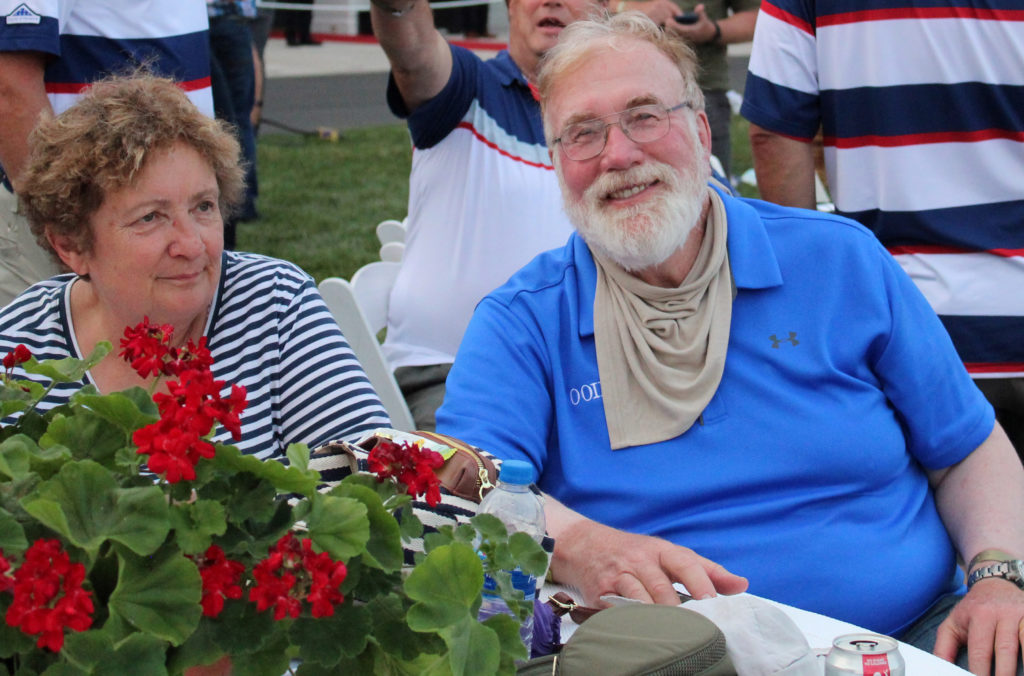 OOIDA life member Doug Smith and his wife Linette were among several trucking representatives invited to the White House on July 4. 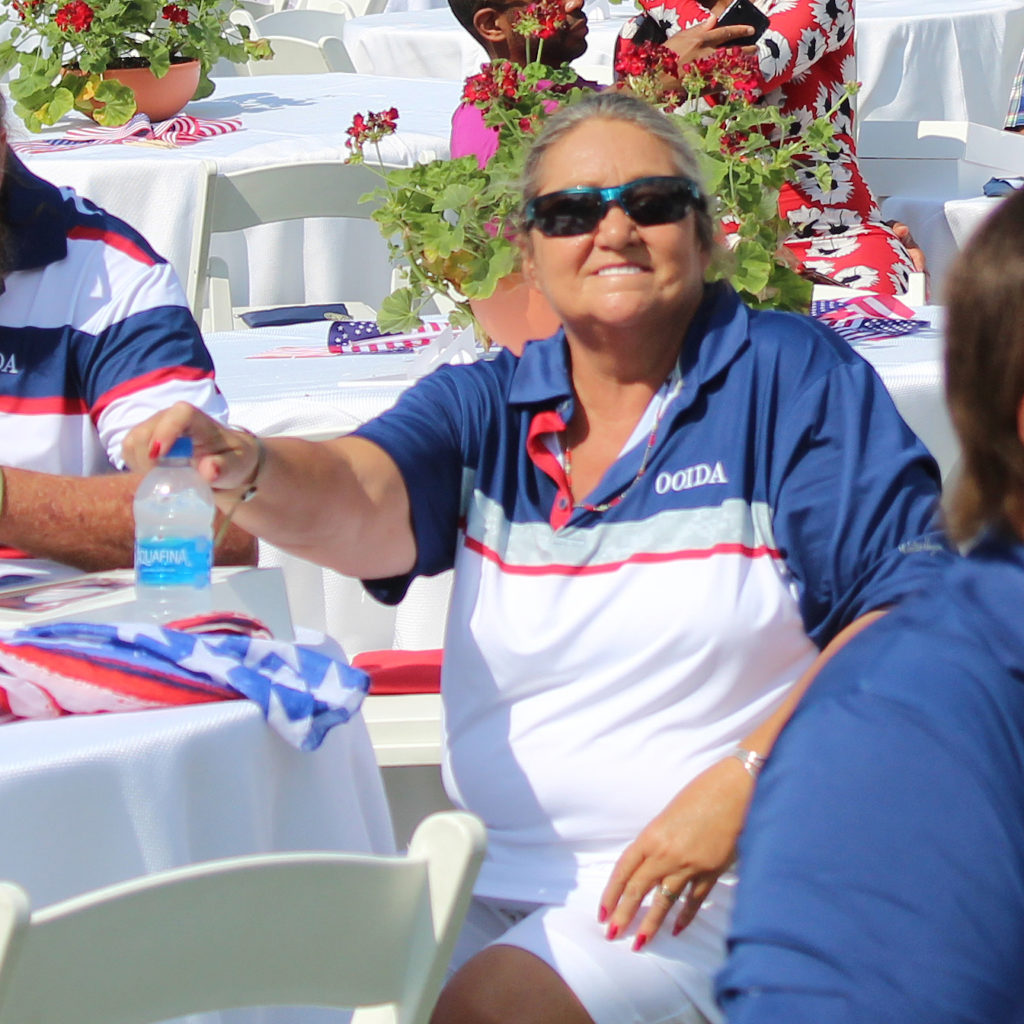 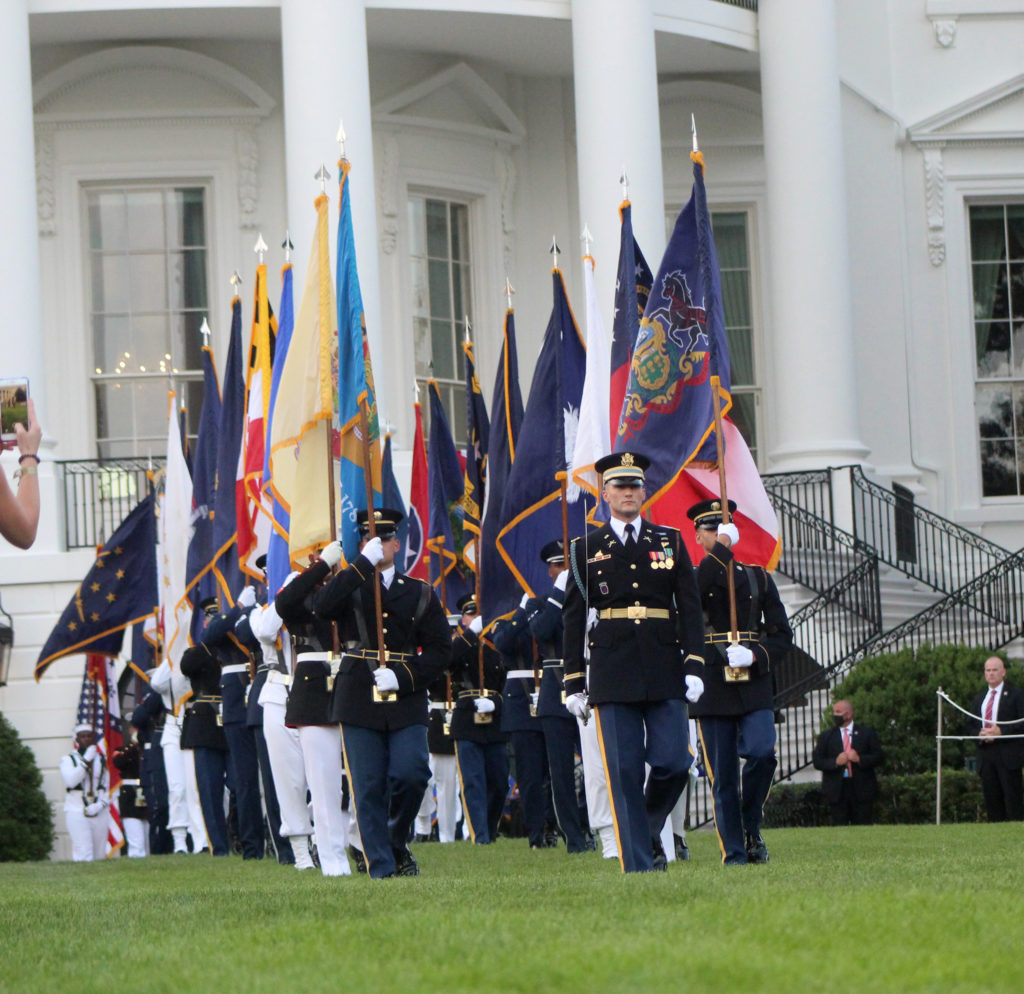 Members of the Armed Forces represented all 50 states during the White House Fourth of July celebration. 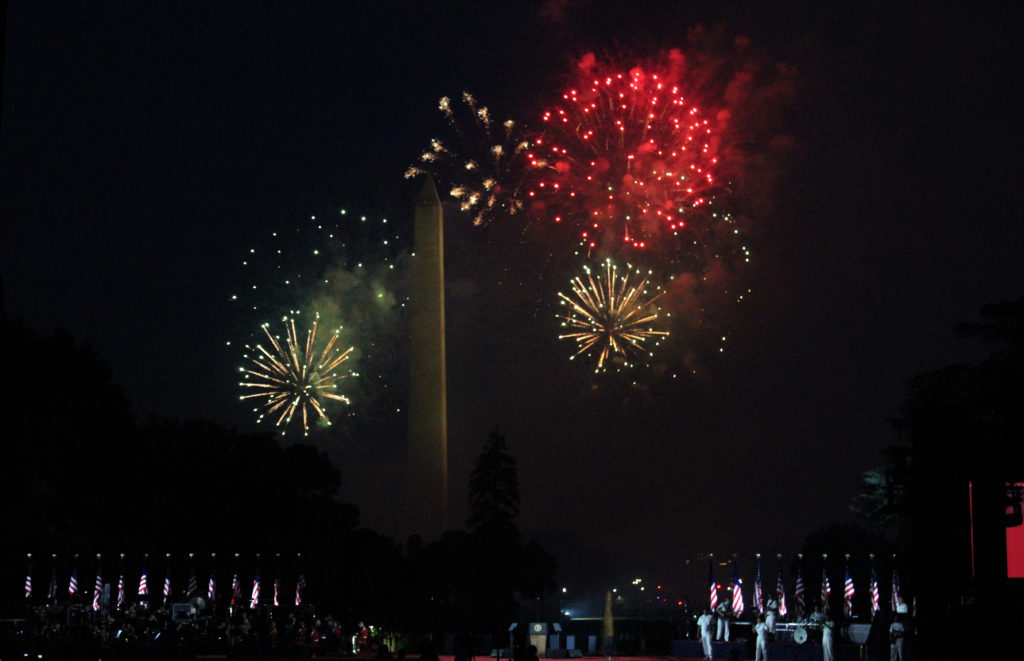 Anyone near the White House on July 4 could see an amazing fireworks display during the Salute to America event. 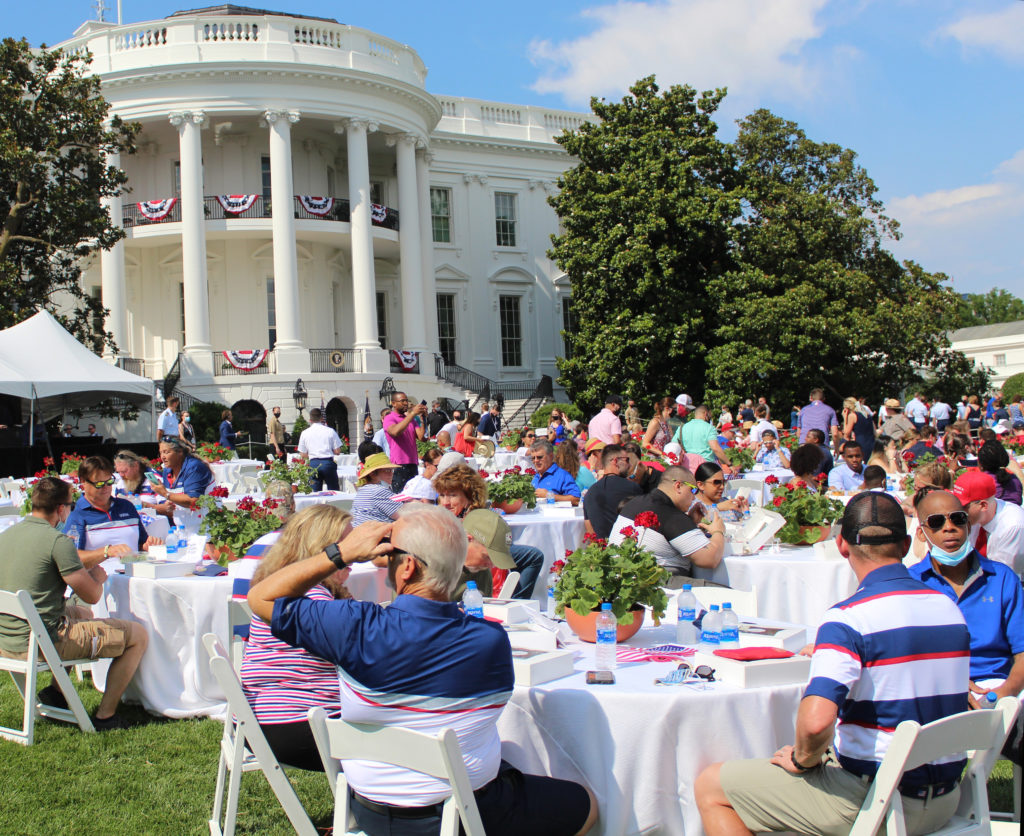 OOIDA members were among a few hundred guests at the White House Salute to America event on July 4. 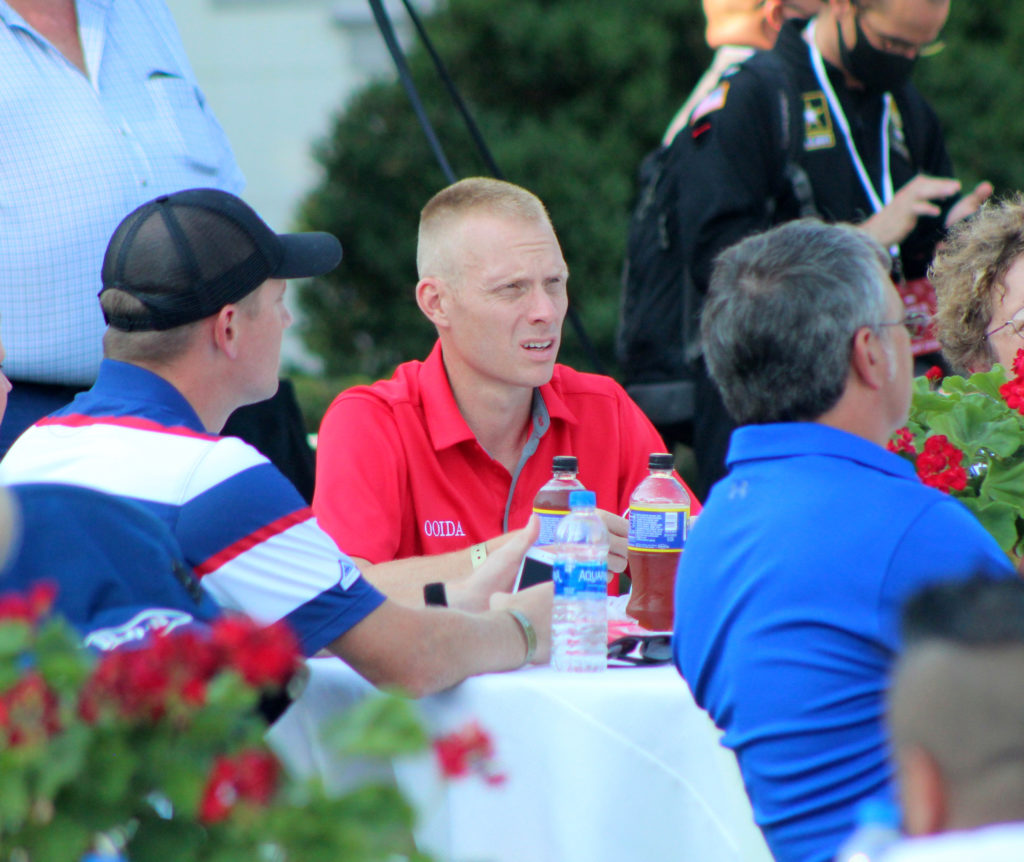 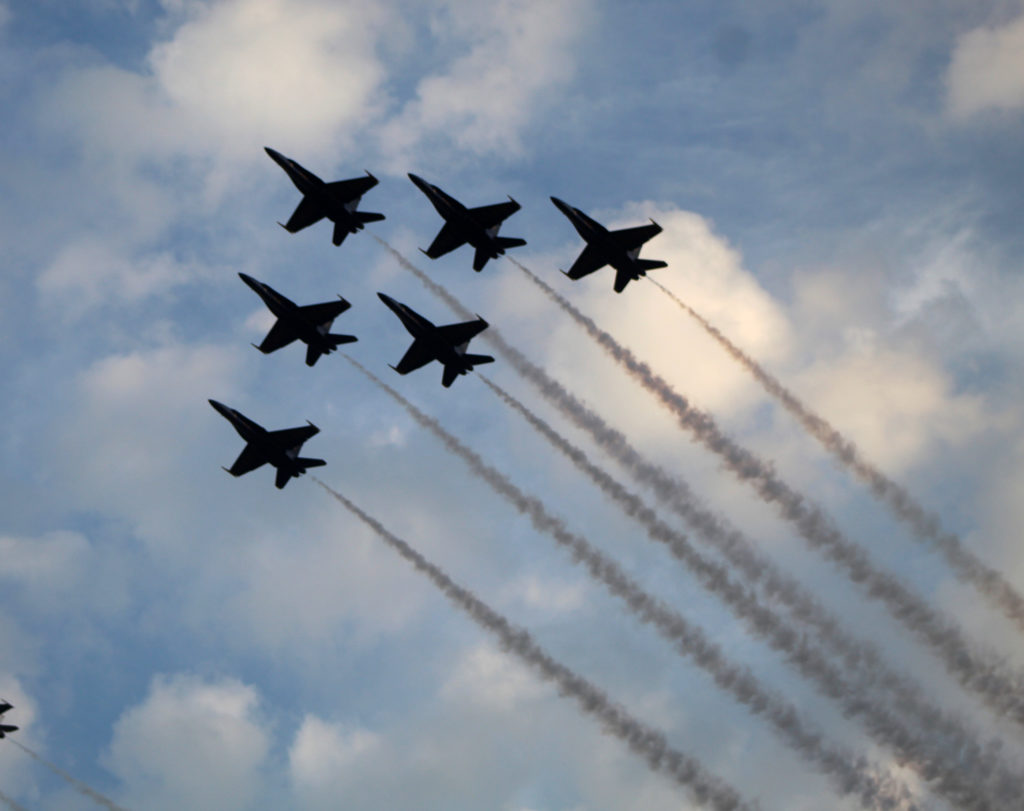 Guests at the White House Fourth of July celebration were treated to an air show that displayed aircraft from nearly every major American conflict.

Linda Allen, an OOIDA member from Florida, wrote about the experience. It read, in part:

“One of our trucks is down. ‘Chief’ our ’05 Freightliner sits silently in Atlanta waiting for our driver to recover from COVID-19. We have been holding our breath for over a month now. I wipe at the tears and try to put a positive spin on the devastation. Truckers are now considered essential workers and for the first time in a very long time we are getting some respect.

“The President of the United States invited some of us to spend the Fourth of July in Washington D.C. with him and celebrate our country. I am honored and humbled to represent OOIDA and independent truckers.

“For all of the sadness through all of the madness I can see the light at the end of the tunnel. … We can survive this we can get through this on the backs of great Americans like our truckers and our nurses and our EMTs guided by our unbeatable spirit.” LL

Drivers share their stories of how they are persevering as individuals and as businesses through the COVID-19 pandemic.

Forging ahead with flexibility