In addition to CARB’s new Advanced Clean Trucks regulation, plans for electric truck and automated truck corridors are in the works.

The race between electric and automated trucks picked up some speed in June, with the advantage going to electric trucks.

Developments of a West Coast electric trucks corridor were announced days before the California Air Resources Board announced the strictest truck emission standards in the nation. Meanwhile, in Ohio, the Buckeye State received millions of dollars for an automated truck corridor.

On June 25, CARB voted to move forward with the Advanced Clean Trucks regulations, which expedites the transition to zero-emission trucks for Class 8 vehicles. The new regulation requires truck manufacturers to increase the percentage of their zero-emission truck sales.

According to the regulation, manufacturers that certify Class 2b-8 chassis or complete vehicles with combustion engines will be required to sell zero-emission trucks as an increasing percentage of their annual California sales from 2024 to 2035. By 2035, 75% of Class 4-8 straight truck sales and 40% of truck sales must derive from zero-emission truck/chassis sales.

Larger fleets also are affected by the Advanced Clean Trucks rule. Fleets with 50 or more trucks will be required to report about their existing fleet operations. This information will help identify future strategies to ensure that fleets purchase available zero-emission trucks and place them in service where suitable to meet their needs, according to CARB.

Addressing concerns about availability of electric trucks, CARB states there are more than 70 models of zero-emission vans, trucks and buses commercially available. It goes on to claim that most trucks and vans operate less than 100 miles per day and several zero-emission configurations are available to serve that need.

The Advanced Clean Trucks regulation attracted a lot of attention from those supporting it and those opposed. Nearly 600 comments were received during three separate comment periods.

In its comments, the Truck and Engine Manufacturers Association argued that zero-emission trucks are not ready for prime time.

“In essence, CARB’s pending (Advanced Clean Trucks) proposal would put the cart before the horse by mandating that manufacturers sell an increasing percentage of zero-emission heavy-duty and medium-duty vehicles (ZEVs), without first ensuring that the requisite ZEV recharging infrastructure and ZEV-purchasing requirements will be in place,” the association stated. “Until those two critical legs of what should be a three-legged rulemaking are established, the proposed ACT regulation is likely to collapse.”

The Motor and Equipment Manufacturers Association supports the idea of the Advanced Clean Trucks rule but finds issues with how the goals are being achieved. In its comments, MEMA states the proposed targets are too aggressive. Originally, CARB set the sales target at 50% for Classes 4-8 straight trucks and 15% for Class 7-8 tractors before increasing those to 75% and 40%, respectively.

“While MEMA generally supports extending these sales requirements beyond 2030 to demonstrate continuity of these requirements, MEMA strongly recommends setting more realistic targets,” MEMA said in comments. “Achievable targets are particularly important for model years 2024-30 when the (heavy duty) industry is going through its learning curve with perfecting and correcting these important (heavy duty) technologies. MEMA recommends, at a minimum, CARB maintain the original sales percentage requirements for (model years) 2024-30, rather than revising them upward per the revision proposed May 1, 2020.”

In a statement sent to Land Line, Chris Shimoda, California Trucking Association’s vice president of government affairs, said the following: “In order to ensure the nation’s first electric truck standard can succeed there is a lot of work that needs to be done on infrastructure, incentives and other important issues. In the midst of a coming recession, having the state’s support to incentivize the purchase of these vehicles has never been more important.”

The study recommends adding electric charging stations for freight haulers and delivery trucks at 50-mile intervals along Interstate 5 and adjoining highways. Once approved, the project would be rolled out in phases.

Phase one involves installing 27 charging sites along I-5 at 50-mile intervals for medium-duty electric vehicle by 2025. Delivery vans are considered medium-duty electric trucks. After that, the role of charging stations will expand. Phase two includes accommodating heavy-duty trucks at 14 of 27 charging sites by 2030. According to a new release, 8% of all trucks on California roads are expected to go electric.

However, there are some obstacles to overcome. Although most utilities have enough capacity in urban areas to support medium-duty charging sites, few rural areas have that ability. According to the study, no rural area in the studied region has the capacity to accommodate heavy-duty trucks. Funding is another issue. The report recommends expanding state, federal or private programs.

Ohio has received $4.4 million from the U.S. Department of Transportation for truck-focused automated driving technology.

The Federal Highway Administration awarded DriveOhio $4.4 million for its Interstate 70 Truck Automation Corridor project. The funding is part of the Advanced Transportation and Congestion Management Technologies Deployment Program. Supported by the Ohio Department of Transportation, DriveOhio is a collaboration of private and public entities addressing smart mobility projects.

The I-70 Truck Automation Corridor project aims to deploy smart logistics solutions along a stretch of I-70 between Columbus, Ohio, and Indianapolis. To do this, that corridor will be open for freight companies and truck automation vendors to deploy partially automated trucks driving tech in daily revenue service operations.

Participating fleets will be allowed to offer driver training for automated trucks driving technology along the corridor. The Transportation Research Center will collect data from an automation audit. After that, data will be provided to ODOT and its partners to ensure Ohio roadways are ready for partially automated trucks. Also, data will be sent to the U.S. Department of Transportation to guide policies and procedures at the federal level.

There are some conditions. During public road testing, a human driver will always be at the wheel in case intervention is needed.

According to a DriveOhio news release, the project will last four years. Data gleaned from the corridor is expected to support technological innovation. The I-70 Truck Automation Corridor project is a collaboration between ODOT, DriveOhio, the Indiana Department of Transportation, and the Transportation Research Center. With partners contributing $4.5 million in matching funds, the total investment in for this project is $8.9 million. LL 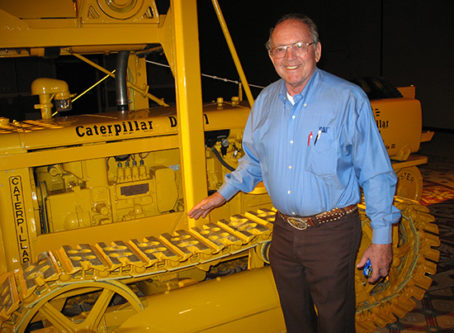 There’s more than one way to avoid buying too much diesel oil.

The latest edition features a variety of trucking-centric products for your home on the road.