Truck drivers share their stories of how they are persevering as individuals and as businesses through the COVID-19 pandemic.

Americans have spent most of 2020 coping with the uncertainties caused by the COVID-19 pandemic.

Millions lost jobs – some temporarily and some permanently. For those who have maintained employment, many have been forced to adapt by working from home or by providing services in a different way.

Others have dealt with sickness. As of mid-July, statistics from the Centers for Disease Control and Prevention showed that there had been more than 3.1 million coronavirus cases in the United States, leading to more than 135,000 deaths.

Truckers have not been immune to the effects of the pandemic. Some have battled the virus. Even more have dealt with historically low freight rates and razor-thin margins.

Indeed, it has been a trying time for truckers. Since the pandemic began to spread throughout the United States in March, truck drivers have risked their own health to provide the nation with essential goods. They’ve had to alter business models and keep informed of various state, county, and city orders throughout the nation.

As civil rights protests began to pop up in various cities, truckers have also had to determine the best routes to arrive to their destination safely and on time.

Members of Land Line staff reached out to a few truckers to learn about their stories and how they have dealt with the abundance of hurdles they are facing during these difficult times.

Gharmalkar, 41, owns and operates a small trucking fleet out of Oswego, Kan. A great majority of their routes are dedicated to Cargill Meat Logistics. Gharmalkar himself ran a regional route for Cargill delivering meat products until COVID-19 sidelined him for three months.

On April 19, Anil started feeling ill. Gharmalkar said he felt the illness was very similar to pneumonia, which he had experienced before.

“I had just finished a load to Indiana,” he said. “It was everything I could do to make it home to southeast Kansas on April 21.”

In a telehealth visit from home, Gharmalkar was diagnosed with allergies and pneumonia. He was given steroids and allergy medication and told to stay home and rest. Even after the diagnosis and medication, his wife worried about the way he was breathing. She called his mother (a nurse), who came to check his oxygen levels, which were in the 80th percentile – critical without intervention – so his mother loaded him up and took him to the local emergency room. 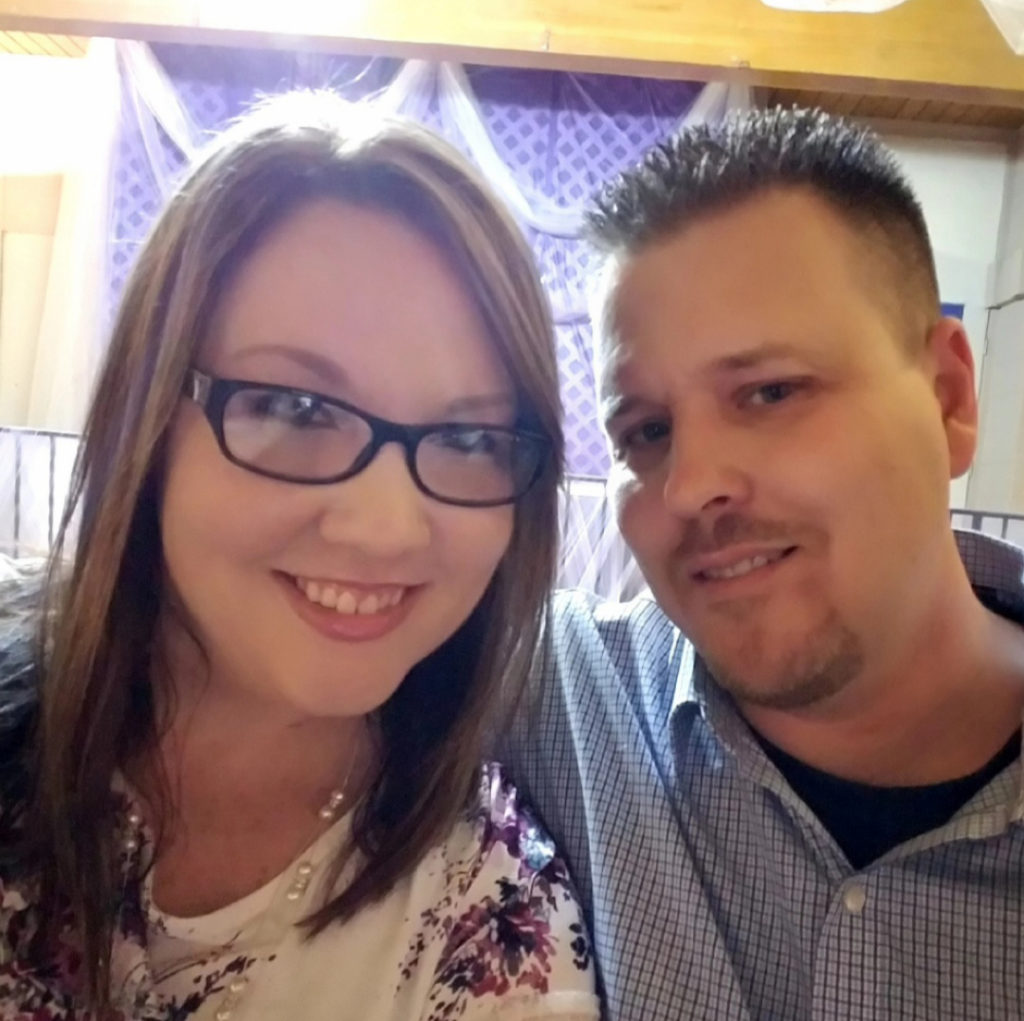 Because of COVID-19 pandemic precautions, Gharmalkar’s mother was unable to enter the hospital with him.

“She had to drop me at the door, and that was the last time I saw anyone I knew for over two weeks,” he said.

Three days later Anil was told they were preparing him for a Life Flight air ambulance ride to The University of Kansas Medical Center, where high-level medical expertise was available. He had been diagnosed with COVID-19.

“You hear people talk about a ‘crossroads’ moment in their life, and this was mine,” he said. “I was basically told I had an hour to talk to anyone I needed to. You have an epiphany when you realize you’re being told to make your end-of-life plans.”

Remarkably, Gharmalkar survived, and he credits excellent medical care. Anil still has a long row to hoe when it comes to a complete recovery. Ventilator trauma to his throat requires continued speech therapy and could possibly require surgery to correct.

In spite of the grave illness and more than one recovery setback, his determination to get back to running his company has been a real motivator. Fortunately, the teamwork his customers, drivers and wife practiced during his illness facilitated Gharmalkar to actually add three trucks to his fleet.

Not only has business expanded, Anil recently passed his DOT physical.

Financially preparing ahead of the crisis, support from his wife, an established relationship with customers and a great team of drivers has allowed this small fleet to prosper in some of the worst economic conditions trucking has seen in years.

The prospect of a possible throat surgery, lung capacity tests and hours of physical and speech therapy aren’t the least bit daunting to Gharmalkar. He’s just happy to be alive.

As far as he’s concerned, it’s a small price to pay for surviving the most devastating illness he has ever experienced. As things open back up he continues to issue a word of caution to not only drivers but everyone.

“I would just encourage people to be really careful. Take precautions. You may not see it now. You may not see where you get it, and the odds may be against you getting it, but if you get it and you’re not ready, it’s going be something else.”

Even before COVID-19 brought America to a halt this past spring, Eric Turner says the car-hauling segment was pretty sluggish.

“We were already starting to hit a downfall,” he said. “When COVID-19 hit, it went to a stop. I mean a complete stop.”

Turner started trucking in 1996. His company, Turner Transport Truck Lines LLC of Ellenwood, Ga., has 10 trucks and 10 drivers (including himself). Stacy Turner, his wife and business partner, runs the office while Eric is on the road. They run the East Coast, primarily between Florida, Pennsylvania and the Detroit area.

A few years ago, the Turners decided to diversify their business by adding some refrigerated trailers to his automotive transport operation. Eric says the decision turned out to be a life-saving one for them as the economy cratered in April.

“When the car hauling side stopped for us, we had two extra reefer trailers. … I pulled two of the car haulers and put them on reefers,” he said. “They said, ‘Boss, we gotta do what we gotta do to feed our family.’” 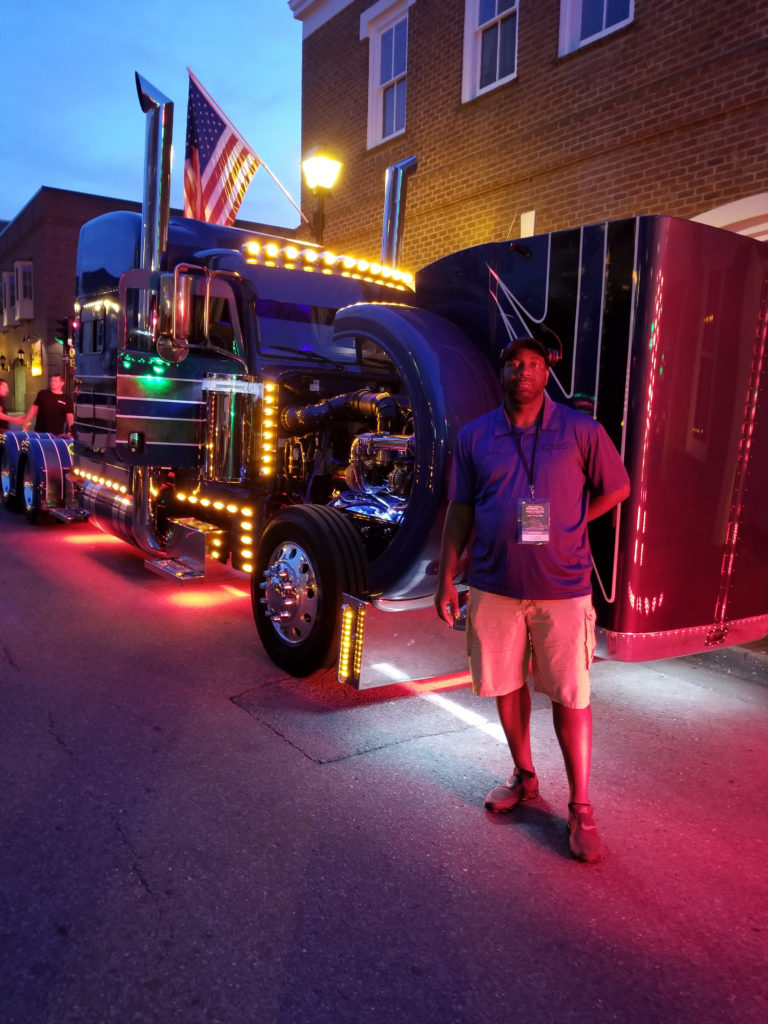 That diversification allowed their company to stay afloat. But Turner says challenges remain on the horizon.

On the automotive side, he says he doesn’t see new car transport picking back up for another year, because the supply chain is still reeling from China’s COVID-19 shutdown.

“The reason they’re going to be so far behind is because China was closed,” he said. “They make all the parts. You’ve got to wait for them to get caught up, get those parts shipped to the manufacturers. It’s a trickle-down effect. It’s nothing that’s going to happen tomorrow or the next day.”

With a limited number of new vehicle loads, Turner says that should lead to a boom in the used-car segment. That’s something smaller fleets like his are normally in a good position to capitalize on. But he’s worried about increased competition from mega-carriers in the auto transport world, who won’t have new dealer stock to haul either.

“As far as the used car side, we never had to worry about the big boys in the auto hauling,” he said. “Now the new car side is slow, so what are they doing now? They’re coming over here, messing with us (smaller guys) driving the price down.

“A guy with a thousand trucks can go to (a used car retailer) and bid a little cheaper than what I can bid for,” he said. “We already know what a big, major corporation is going to do. They’re going to go for the cheaper guy.”

And once the bigger carriers go back to hauling new car stock from the manufacturers, Turner says he’s worried that used car dealers will continue to expect mega-fleet pricing from smaller carriers.

“Us small guys were the ones that moved the rental car fleets,” he said. “Now, the big boys are slow. And when they came in there, they went to (rental car companies) and said ‘we’ll move them cars for you.’ We weren’t able to haul the cars for what (the big fleets) can haul it for.”

Both he and his wife, Stacy, say the most important thing other small carriers and owner-operators need to do to survive right now is: Don’t put all your eggs in one basket, and diversify your operations.

“The biggest help we could have done for ourselves was having a discussion, sitting down together. … The question to ask is what can you do different about your company but still keep the focus on who you are,” Stacy Turner said. “We sat down together and opened up to a new opportunity.”

Dave Sweetman, an OOIDA life member from Wilmington, Del., has experienced a lot during his nearly 50 years as a truck driver.

However, the longtime Land Line columnist said he’s never seen anything hit trucking quite like the economic woes caused by the pandemic.

“I’ve been through economic downturns a couple of times, but it wasn’t quite like this,” Sweetman said. “I haven’t seen the country brought to its knees the way it has the past four months.

“Whatever you want to blame it on, it’s tough to see. And it’s going to take a while to get it all sewn back together.”

The change still left Sweetman out of the mix as he had been hauling WWE’s merchandise trailer, which included T-shirts, championship belts and other items wrestling fans like to purchase.

“They started having matches again, but my job basically got eliminated because I was the ‘swag’ guy and they didn’t need me anymore,” he said. “They scaled back to the bare equipment.”

“As far as events and stage production shows, they were pretty much strangled,” he said. “The events are a nonevent. I had a friend hauling Disney on Ice, and he was told in March that it was going to be their last stop and they were done.”

Luckily for Sweetman, the loss of his gig with WWE hasn’t meant he’s been out of work.

An owner-operator leased on to Georgia-based Bennett Internal Group, Sweetman said work has remained steady. Bennett’s Power Only division can be used in such instances as moving empty trailers, transporting military equipment, or delivering generators to assist with disaster recovery.

“There were slowdowns in different parts of the country,” Sweetman said. “But the blessing with us has been that we’re ‘Power Only.’ A lot of government functions have kept going.”

During the height of the shutdowns, Sweetman said traffic was a breeze.

By early July, Sweetman said congestion levels were beginning to return to normal. However, he said the time off from driving didn’t improve the skills of four-wheel drivers.

“Even when I’m back home and driving in the car, I’ve noticed that people have been quarantined for three months and have forgotten how to drive. They have no patience. I saw a guy get tired of a red light and make a left turn against on-coming traffic.”

While the traffic has returned, Sweetman said he believes it will take a little longer before the economy returns to pre-pandemic levels.