There’s more than one way to avoid buying too much diesel oil.

There are several main methods of saving fuel. You can run efficient equipment, avoid unnecessary miles, and drive like your livelihood depends on it.

Yes, you can also try to pick loads that are easy to pull – “balloon” freight instead of cast iron – and stay on the open road rather than get mired in city traffic. Think about the route you’ll take to a destination and consider shortcutting on alternate highways and streets. And choosing an economical truck and driving it with a light foot will save money, no matter what you haul.

Efficient equipment means reasonable aerodynamics and weight that’s as low as practical. We won’t say much about this because you drive what you do for your own good reasons. If it’s a blunt-nose traditionally styled K-Whopper or Petercar, you like its look and ride and the pride you feel from driving it.

Those things are worth a lot, and such trucks still command good money at resale time. If you’re serious about saving fuel, though, you’ll drive what the big fleets run, which is an aero-styled model with a stingy low-revving engine.

It can still have high horsepower that’ll get you up a hill, and its automated transmission will usually pick gears better than you can and save you a lot of work.

Light weight shouldn’t be sought at the expense of durability and longevity. There are safe ways to cut pounds from a truck. Aluminum wheels, of course, which have additional benefits like good looks and true running for decent tire life. Also consider aluminum hubs and gearbox cases, which cost less per pound saved than the wheels and can reduce weight just as well. A smaller engine – a 13-liter size vs. a 15-liter, for instance – can save hundreds of pounds and still produce 500 horses.

A modest wheelbase length cuts the amount of steel in the frame. Likewise for an adequate vs. a spacious sleeper: Could you spend a few nights a week in a motel in exchange for additional revenue possible due to lower tare weight of your tractor? Downsizing the sleeper and wheelbase, or even running a daycab, can save 400 pounds or more. If you pull your own trailer, aerodynamic enhancers and low-rolling-resistance tires will save you fuel, but avoid the items that can be easily damaged in your type of hauling.

Now for the guy or gal in the mirror: Drivers have a major effect on fuel economy, 30% or more, many past studies have shown.

This can be as true in local operations as in highway running. Stand on a busy street corner and watch how drivers of all types of trucks accelerate when the light turns green, trying to keep up with fast traffic.

Note how drivers of heavy trucks rev engines way up before shifting. Do you do that? Instead, relax. Racing the engine and yourself will seldom get you there faster, and you’ll probably find that you have to stop for the next light anyway. Light-footed driving saves fuel and reduces strain on all components, which cuts maintenance and repair expense.

Relaxed driving can have other non-fuel related benefits. Jim Booth, a professional trucker I knew back in the 1980s and ’90s, was a driver-trainer for Caterpillar Engine and simultaneously ran a small fleet. He related how he used to drive as fast as he could to get freight delivered. He constantly chewed on Rolaids because his stomach was always burning.

As he grew older and wiser, he realized what the tension was doing to his health and decided to slow down. He cruised at the double nickel while on the road, and minimized time jawing with the boys at truck stops. He still got freight delivered on time, but felt calmer and threw away the Rolaids, and meanwhile saved a lot of money in fuel.

Some of Booth’s other driving techniques:

I went truckin’ with Booth several times and noticed some other things he did just from habit. On one occasion in California’s Central Valley, we encountered a long line of rigs waiting to load at a produce house (that ever happen to you?).

Other guys left their engines running to keep their cabs cool, but it was not an especially warm day. Booth lowered the windows and switched off the big Cat 3406E and enjoyed the breeze and the morning quietness.

By the time we were loaded a few hours later, he probably saved a couple of gallons of fuel.

I saw him do this on other occasions and decided it was a good idea. Long red lights and slow-moving trains will keep you parked for a while, so unless it’s beastly hot or cold outside, kill the engine but keep the ignition on so you can restart and move out quickly.

Lots of guys think it’s macho to leave the engine running while out of the truck doing whatever. I’ve seen guys hanging out of the window yakking with someone on the ground, or standing near the truck while talking, and the engine’s noise has them shouting. Of course, you’ll hear engines running at truck stops and rest areas while drivers are out taking care of business. 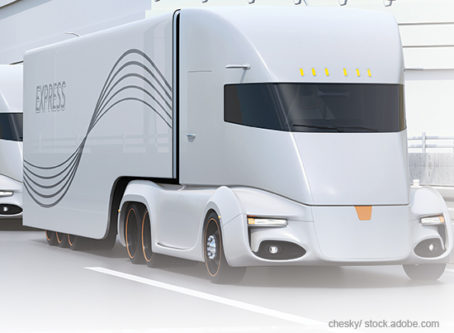 In addition to CARB’s new Advanced Clean Trucks regulation, plans for electric truck and automated truck corridors are in the works.

The latest edition features a variety of trucking-centric products for your home on the road.