Forging ahead with flexibility

If everything goes as planned, truck drivers will be operating under reformed hours-of-service regulations beginning Sept. 29.

The goal, the Federal Motor Carrier Safety Administration says, is to give drivers more flexibility within the hours of service and more control over deciding when it is safe to drive and when it is not.

While the changes aren’t a complete overhaul, the new rules, which were originally prompted by a petition from OOIDA in February 2018, could mark a move toward more trucker-friendly regulations.

“As someone who has been in the trucking industry for more than 30 years as a driver and at OOIDA, this is the first time – with the exception of the 34-hour restart – that the feds are trying to give drivers a little bit of flexibility,” said Tom Crowley of OOIDA’s Business Services Department. “Other than the 34-hour restart, this is the first time I can remember them doing something positive for the driver in the hours-of-service regulations.”

Some truckers criticized the changes for not going far enough, but the new rules do give drivers a bit more control over their work day. OOIDA is hopeful that this will be just the beginning of changes aimed at helping the driver.

“We’re not stopping,” OOIDA Executive Vice President Lewie Pugh said. “We’re not going to quit advocating for more changes and more flexibility, I can tell you that right now. We’re already regrouping and deciding how we’re going to go about that.”

The 30-minute break requirement remains, but instead of having to be off-duty the driver can now use the break in a variety of ways.

Such tasks as getting fuel, completing paperwork, making sure the load is secure, and doing an equipment check will now be able to satisfy the break mandate. Considering that drivers will already need to stop for those tasks or to get a quick drink and stretch their legs, the change should provide added flexibility.

“You can’t get a truck off the highway and back on in less than 30 minutes in very many situations,” Crowley said. “I think this is going to be a big plus. When they originally came up with the 30-minute break, it was nothing but 30 minutes lost every day. You couldn’t get that time back. Now, load checks, fuel … all of that can be counted as your 30-minute break. It’s just 30 minutes of not driving. It’s the driver’s discretion on how to use that break.”

The updated rule allows drivers to break up their sleeper berth into periods of 7 and 3 in addition to 8 and 2. The split could also be 7.5 and 2.5. The key is the shorter of the two breaks must be a minimum of two hours as long as the two periods equal 10 hours.

Crowley said the change could serve as a big benefit to truckers who feel comfortable on how to use the rule while remaining compliant.

“This is something OOIDA pushed for,” Crowley said. “This allows a driver to take a three-hour break without losing three hours of the day. That’s a first.”

As an example, a trucker could be on duty for six hours, take a three-hour break, go on-duty another six hours and then take seven hours off in the sleeper, completing your 10-hour off-duty obligation. In this scenario, it is assumed that there is no violation of the 11-hour driving limit.

To figure out your available hours for the next duty period, deduct the amount of on-duty time used before the last split in the sleeper from the new 14-hour on-duty clock. In the presented scenario, you would deduct six hours from the 14-hour on-duty clock, giving you eight hours of available on-duty time following the seven-hour stint in the sleeper.

Additionally, if you take a split and the second period is at least 10 hours, you do not have to deduct the previous duty period. You start with a fresh 14-hour on-duty clock.

OOIDA said it would like to see the flexibility of the split sleeper expanded by eventually allowing splits of 6/4 and 5/5.

“I think, as we move forward, there are going to be more opportunities to get some of the changes that we know need to be included eventually,” said Jay Grimes, OOIDA’s director of federal affairs.

The current hours-of-service regulations already have an “adverse driving” provision. However, the FMCSA said it is seldom used. This change intends to make use of the provision more advantageous by allowing the driving window to be increased by two hours.

FMCSA said the updated rule will allow drivers time to park and wait out the adverse driving condition or drive slowly through it. The agency said the change has the potential to decrease crash risk relative to current requirements.

However, there are plenty of times the provision could come in handy. A five-car pileup that brings traffic to a halt for more than an hour, or an unexpected flood, for instance, should qualify.

A lot will depend on how law enforcement interprets the provision. Because of that, Crowley said it will be extremely important for truckers to include notes regarding why the provision was used.

“I would annotate it in the remarks section of the e-log,” Crowley said. “I’d mark it as the adverse driving provision and then briefly detail it. There’s not a requirement to do that, but it would behoove the driver to annotate that you used the adverse driving provision and include the mile marker and the reason. Include it if the highway was shut down because of a massive traffic accident or an unforeseen flooding event.”

While it is a provision Crowley recommends taking advantage of, he also said that it may not be a great idea to use it for every single “unforeseen” event a driver comes across.

“I wouldn’t push it and think that you can evoke that provision every day or something,” he said. “But there are times when it definitely can be useful.”

This change extends the maximum allowable workday for property- and passenger-carrying commercial motor vehicle drivers under the short-haul exception from 12 to 14 hours to correspond with the 14-hour limit for property-carrying drivers.

It also extends the existing distance restriction from 100 air-miles to 150 to be consistent with the radius requirement for the short-haul exception applicable to drivers of commercial motor vehicles not requiring a CDL. Truck drivers will continue to be limited to 11 hours of driving time, passenger carrier drivers will be limited to 10 hours.

There are some safety groups and other organizations that are trying to stop the changes to the hours of service from going into effect.

The Teamsters, along with the Advocates for Highway and Auto Safety, the Truck Safety Coalition, Citizens for Reliable and Safe Highways, and Parents Against Tired Truckers, filed a petition for reconsideration to the FMCSA on June 30.

“The weakening of the hours-of-service rules will undoubtedly endanger the lives of truck drivers and the citizens with whom they share the roads every day,” the organizations wrote.

As of press time, OOIDA planned to write in comments in support of the rule changes. LL 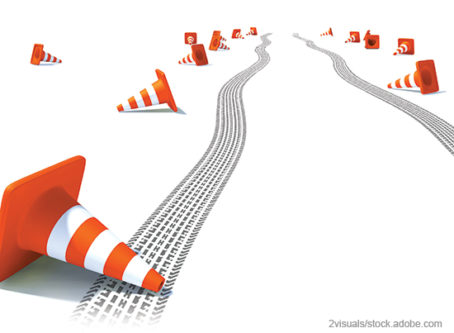 The key to producing safe truck drivers is a good training program, not a bunch of gadgets