A surge in the number of nationwide COVID-19 cases prompted organizers of the Guilty By Association Truck Show in Joplin to postpone the in-person show until September 2021.

Bryan Martin, president of 4 State Trucks and the organizer of GBATS, announced the show’s postponement via a video announcement on the 4 State Trucks Facebook page on July 13. The show had been planned for Sept. 24-26.

“When we look at GBATS, all of you, all of us, we expect full-throttle, action-packed, big-time fun weekend,” Martin said. “Unfortunately, this pandemic climate that we’re all being subjected to and all living in right now would greatly alter the event.”

The most recent edition of the show in 2018 included 693 trucks and had about 15,000 people in attendance. In 2019, Martin announced that the show would be moving to a biennial format.

While the in-person event has been postponed until next September, Martin said 4 State Trucks will host a special Facebook Live event on Friday, Sept. 25. He said the event will include truck walk-arounds, interviews, vendor spotlights and a walking tour of 4 State Trucks. Martin says there will also be interactive contests with “substantial prizes,” as well as a parts giveaway, and a super sale to benefit Special Olympics of Southwest Missouri.

Martin says the decision to reschedule the show has the support of his staff, sponsors and exhibitors. One of those show sponsors is the Owner-Operator Independent Drivers Association.

“We’re disappointed that GBATS inevitably had to be postponed to 2021, simply because we were looking forward to it, much like all of our members,” OOIDA President and CEO Todd Spencer said. “It’s an event we are proud to partner with 4 State Trucks and can appreciate that in these uncertain times, caution dictated holding off for a year before we all get back together in Joplin.” LL

Fitness apps for the road warriors

The story of Jersey Jim

A fast-talking character attempts to grow his trucking business. 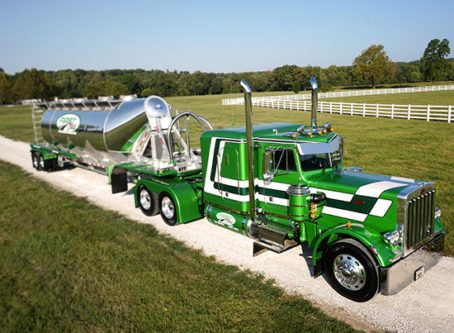