Even though the U.S. Senate subcommittee hearing titled, “Keep on Truckin’: Stakeholder Perspectives on Trucking in America” lasted an hour-and-a-half and focused on such topics as hours of service, the DRIVE-Safe Act, speed limiters and truck parking, it only scratched the surface of OOIDA’s message to lawmakers.

In addition to OOIDA Executive Vice President Lewie Pugh’s oral testimony, the Association also submitted 26 pages’ worth of written testimony regarding the state of the trucking industry.

Overall, OOIDA’s message was clear. It’s time for lawmakers to start listening to what truck drivers have to say.

“Those who choose to demonize trucks are seemingly oblivious to the reality that trucks and truck drivers are critical to the nation’s commerce and the people’s needs for the cargo they deliver,” OOIDA President Todd Spencer said.

Below is a summary of some of the other topics OOIDA covered in its written testimony.

OOIDA supports hours-of-service reform and providing more flexibility to the drivers. However, the Association stresses that FMCSA will need to do a better of job of addressing coercion in order to ensure that drivers remain in control of the flexibility.

“As FMCSA is finalizing its HOS reforms, Congress should also be aware of a significant safety issue facing drivers – coercion,” OOIDA wrote. “Coercion occurs when a motor carrier, shipper, receiver, or transportation intermediary threatens to, or actually does, take action against a driver who refuses to violate federal safety regulations. Those coercing drivers are typically in positions of power, and drivers often feel pressure to engage in unsafe behavior to avoid losing their job or pay. This jeopardizes the safety of the driver as well as others on the road.”

OOIDA opposes the Stop Underrides Act, S665, which would mandate the installation of side and front underride guards on all commercial motor vehicles that exceed 10,000 pounds in gross vehicle weight.

The INSURANCE Act is a bill that proposes requiring motor carriers to increase its minimum insurance from $750,000 to nearly $5 million.

“Contrary to claims by those who will benefit financially from an increase in insurance minimums, this will do absolutely nothing to improve highway safety,” OOIDA wrote. “Supporters of the proposal have no reputable research indicating it would … In fact, increasing insurance minimums would likely force many owner-operators – who are collectively among the safest, most experienced drivers on the road – out of the industry because premiums would become unaffordable.”

While OOIDA recognizes the benefits that autonomous technology may eventually bring, the Association also stresses that lawmakers must take careful steps to ensure that the technology serves the general public and truck drivers in the correct way.

“Professional drivers will likely be the first to experience the technology’s shortcomings or deficiencies outside of controlled testing scenarios, potentially creating serious safety concerns for our members and the driving public,” OOIDA wrote.

OOIDA’s complete written testimony can be found on FightingForTruckers.com. LL

FMCSA approved an exemption request from Vision Systems North America to allow motor carriers to use the company’s Smart-Vision system instead of rearview mirrors. 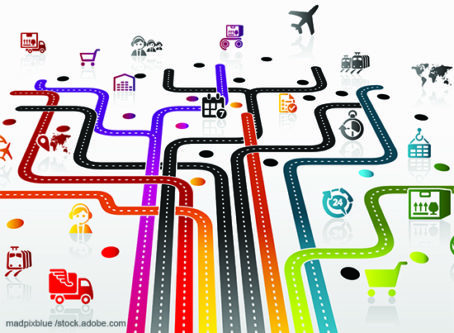