It’s a buyer’s market in the used truck market with dealers sitting on trucks way under market value.

In the market for a used truck? You might be lucky, because a glut of sleeper-cab road tractors purchased during 2016 and ’17 model years, among the record sales periods for new trucks, have been coming in on trade from the fleets that bought them.

A three- to four-year cycle is common for big trucking companies that are now freshening their fleets with new equipment, explained Mike Roney, an experienced remarketing specialist at Premier Truck Group’s Salt Lake City location (formerly Warner Truck Center) and a board member of the Used Truck Association.

“The market is low,” he said. “Pricing started to fall hard back in July and August. Values have fallen by $20,000 a unit. It’s a classic supply and demand cycle,” with as many as 350,000 trucks, most of them sleeper-cabs, hitting the market. “Daycabs hold their own in tight times, and that’s kind of the case now.

“It’s a good time to buy,” he continued. “The blood’s in the water. Dealers are sitting on trucks that are 20, 30 thousand dollars under water in value.”

This means that many tractors built for long-haul or regional freight carriage await your consideration, assuming that’s the kind of hauling you do and the kind of truck you’ll accept. A former fleet truck would be a wise choice, Roney advised.

“Big fleets spend millions on R&D. They determine what’s best for fuel economy, so their trucks have the powertrains, the aerodynamics, wheelbases, tire size, gearing – all of it,” he said. “If it’s right for them, why wouldn’t it be right for you? An owner-operator might want a nicer truck, more loaded than a fleet spec, and some of those are available. But 80% of what’s built are fleet specs, and that’s what’s coming in now.”

Manual transmissions are disappearing as efficient automated mechanical transmissions have taken over the fleet market. They shift better than most drivers can do on their own, and owner-operators are coming around to accept them, Roney said. Under the hood, horsepower may not be as high as many owner-operators want, but most fleet-truck engines have more than adequate ratings, and they save fuel.

“I’d take away some of the glitz the first time I bought,” he said. “Work the truck for a while, three or four years, and step back and decide if it was worth it. By then you’ll be in a better financial position and can get into something nicer.”

A good first-timer’s truck is a fleet trade-in that’s 4 years old with 400,000 miles, has  a year’s worth of factory warranty left, and has been inspected and refurbished where necessary, he said. That truck today would cost about $60,000. Add an extended warranty for another $5,000 to $10,000, minus a 20% down payment that lenders require, and the monthly payment would be $1,500. After three years the trucker will have equity built up so he can trade and move on from there, with the same type of truck or maybe something better. He can also become an employer, establishing a small fleet that he can grow, which is how many of today’s big fleets started.

Roney said first-time owner-operators comprise the majority of his customers. They are company drivers in their 20s, 30s or 40s who decide to become entrepreneurs. They face barriers – qualifying for a loan, that 20% down payment, and having the knowledge and ability to earn enough revenue to make monthly payments while making a living. A first timer can expect to pay 15% or more annual interest for a used-truck loan, “but after two years the credit game changes overnight and creditors want to finance you” because you have a successful track record.

Reliability is always a concern.

“There is so much technology in over-the-road tractors that the repair costs have increased, and more things are available to fail so the odds of a failure are greater,” he said. It may be electrical or mechanical, and often involves the complex exhaust aftertreatment system. And downtime is extremely important. If you’re down for a week, you can lose thousands of dollars in revenue, plus the cost of repairs, which can be crippling for an owner-operator. A warranty can save an owner from a big hit.”

Ask what warranties come with a truck. It’s usually not necessary to have an existing warranty assigned to you because it should follow the truck’s vehicle identification number. Inquire about extended warranties and strongly consider purchasing them. Roney said it’s a salesperson’s job to explain exactly how a warranty works, who honors it and what it will pay for. Ask for that education. LL 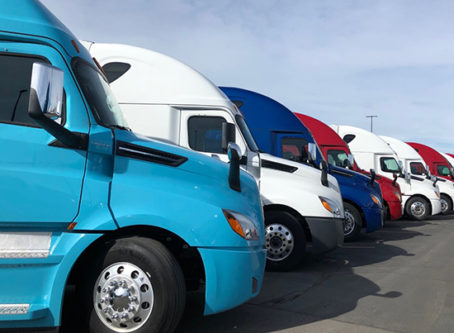 How to buy a used truck

In the market for a used truck? Here are some tips and provides some questions you should ask before making a purchase. 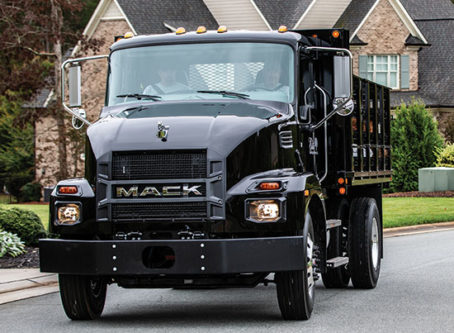 Mack is back in the medium-duty business

After exiting the medium-duty market nearly two decades ago, Mack Trucks is back with its new MD series Class 6 and Class 7 trucks.

From keeping your ride clean to protecting your laptop’s privacy at restaurants and truck stops, “Hot Stuff & Cool Services” has you covered.