Driver arrived in United States on an H-2B work visa.

A trucker from Mexico will get his day in court after a federal judge in Pennsylvania ruled that a contract he signed with Upper Darby, Pa.-based KAH Transportes could be deemed unconscionable. The Mexican driver on an H-2B work visa claims he was essentially condemned to indentured servitude that went far beyond the scope of the contract he signed.

On Nov. 15, U.S. District Judge Gerald Austin McHugh denied a motion for summary judgment filed by Carl Hemphill and his company, KAH Transportes, in a human trafficking lawsuit filed by one of his drivers, Jose Enrique Castillo Chaidez.

Hemphill argued that Castillo’s claims were null and void because of a mutual release agreement that the Mexican driver signed. However, Judge McHugh ruled in a memorandum and order that the agreement can be argued unenforceable “because of unconscionability.”

Castillo said the problems began even before he started driving for Hemphill’s company.

After attending a job fair in Mexico in February 2015, Castillo accepted a job offer from Hemphill that would be based on the H-2B program. Castillo signed a contract that allowed him to drive for KAH Transportes until December 2015. According to the complaint, Castillo was not provided a copy of the contract.

Castillo obtained his H-2B visa on March 10, 2015. Per his meeting with Hemphill, he expected to immediately fly to the United States to begin work at KAH Transportes. However, Hemphill explained that the start time had been delayed because of inclement weather, the complaint states.

Because the contract prohibited Castillo from seeking other employment, the lawsuit claims he lost money due to travel and lack of income as he waited for his start time. Castillo waited more than a month to be flown to Pennsylvania. During that one-month period, less than 1 inch of snow accumulated in the greater Philadelphia area, according to the complaint.

On April 19, 2015, Castillo arrived in Pennsylvania to begin employment. At that time, Hemphill and his wife, Mariana, confiscated Castillo’s passport, the complaint said.

According to the complaint, “the apartment was filthy and had a bad odor.” Mattresses were on the floor throughout the apartment. No other furniture was inside. Castillo would find out that five other men would be sharing the small, one-bedroom apartment. The other men were hired to do landscaping for another of the Hemphills’ businesses.

On the first morning after arriving, Castillo claims he woke up with bed bug bites. He also claims that rats scurried off the counters when he went to the kitchen to make coffee.

After a rude awakening that first morning, Castillo’s complaint alleges that Mariana Hemphill drove him to the Social Security Administration office to obtain a Social Security number. He was informed he could not begin driving until that number arrived. Typically, that could take several days.

In the meantime, Castillo was told to pick up trash out of KAH Transportes’ yard. For the next two days, he would work 12-hour days picking up trash. His Social Security card arrived within a few days.

In order to get to the tractor-trailers that were parked off premises, Castillo had to drive a van supplied by the Hemphills. However, the Hemphills charged him $20 a week for use of the van. Furthermore, Castillo had to pay for the gas out of his own pocket. After a week, Castillo said he started using public transportation, because he could not afford using the van.

Castillo’s driving time began to reduce. Alternatively, the Hemphills put him to work in the office or the yard, including janitorial work. Eventually, he was assigned to construction and landscaping work. Castillo’s H-2B visa authorized him to work only as a truck driver.

Neither the Social Security card, yard work nor transportation to the truck were mentioned in the contract, the complaint said.

In addition, the complaint alleges that Castillo was told he would not be paid for three weeks upon starting the job and that he hadn’t been previously informed about the delay.

During his first week in the U.S., Castillo could not afford food, transportation or calls to his family, the complaint said. He was forced to borrow money from one of his roommates.

Mexican driver allegedly held against his will

In May 2015, Castillo told the Hemphills that he no longer wanted to work for them and wanted to return to Mexico. Castillo was told he could not leave as his contract obligated him to drive for KAH Transportes until December. Castillo then continued his employment with KAH Transportes.

He received his first paycheck on May 15, 2015, which was short of more than half of the hours actually worked, the complaint said. When Castillo asked where the missing hours went, he was told he would be paid in cash at a later date.

After getting shorted on pay and forced to do work unrelated to trucking, Castillo decided not to show up for work on May 16, 2015. He asked Carl Hemphill’s secretary to arrange a flight back to Mexico for him.

Upon hearing about Castillo’s attempt to leave, Mariana Hemphill told him that she would “close the doors” on the H-2B visa program for him “forever,” according to the complaint. She also threatened to call the police on him.

Believing that the Hemphills had the power to destroy his career and still unable to afford a flight home, Castillo remained with KAH Transportes. However, he continued to express his desire to leave on a nearly daily basis, the complaint said.

In early July 2015, Castillo did not report to work because the company continued to give him tasks outside of driving. According to the complaint, Carl Hemphill accused him of using the company to move into the country illegally.

The next day, Castillo went to Carl Hemphill’s office to collect his paycheck. After allegedly shouting at Castillo, Hemphill called the police. Not proficient in English, Castillo said he had difficulty understanding what the police were saying, and he was eventually handcuffed and taken to a holding cell. When he left the police station, Castillo’s roommates were advised by Hemphill to not let Castillo in the apartment.

According to the complaint, Hemphill told police that Castillo made threats and refused to leave when picking up the paycheck. The complaint also states that Castillo was told all charges would be dropped if he signed a document acknowledging Hemphill’s account of the events. Castillo refused to sign.

In October 2015, Castillo was presented with a document that would have all charges dropped if he agreed not to sue the Hemphills, both the complaint and court opinion outline. He signed under the impression he had no choice, the complaint said. Castillo then entered into an Accelerated Rehabilitative Disposition program and had to complete 32 hours of community service.

After ending his employment with Hemphill, Castillo has worked in the restaurant industry, unable to get work as a trucker. As a result of his lack of income and experience at KAH Transportes, he has been separated from his wife and four children, according to the complaint.

In May 2018, Castillo filed a civil lawsuit against the Hemphills and the businesses they own. Allegations include forced labor, human trafficking, Fair Labor Standards Act violations, Pennsylvania wage law violations and breach of contract.

“In summary, Castillo received little, if anything, of value under the agreement, only: an unenforceable promise to have criminal charges against him dropped; payment of wages to which he was already entitled; and the release of other unspecified claims Hemphill purportedly could have brought against him,” McHugh states in his memorandum and order. 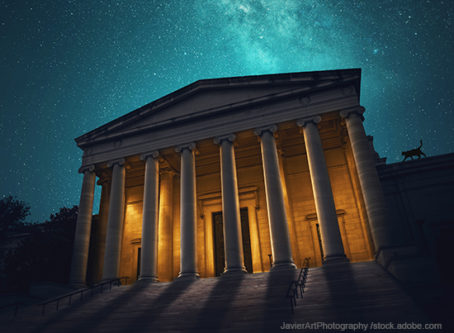 The Supreme Court has decided not to hear OOIDA’s lawsuit that claims Pennsylvania’s tolls are unconstitutional, effectively ending the case. 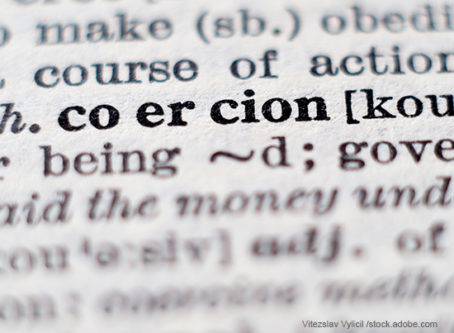 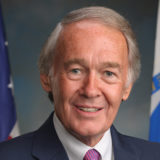