If you heard an apocalyptic boom emanating out of Grain Valley, Mo., in mid-January, it was likely the head of OOIDA’s Foundation manager exploding.

Let me back up. The Federal Motor Carrier Safety Administration announced it was seeking permission to do another large truck crash causation study.

Those of us who are relatively new to trucking or those with short memories might be excited at the prospect of truckers being exonerated from the stigma of being the deadly dangers on the road.

To that I say, not so fast. If history repeats itself, as it commonly does, it will be wildly disappointing.

Back in 2006 the agency dropped a crash causation study on a very eager trucking industry. Those of us around at the time were hopeful that some vindication would be served. We were hoping for another in-depth study that proved what others had in the past: truckers are not the cause of the crash in the vast majority of truck-involved crashes.

The so-called crash causation study did none of that.

When all was said and done, the study was conducted in a way that relies on a statistical definition of “causation,” which defines “cause” in terms of relative risk.

The study, rather than reporting who was at fault and why, was actually a collision-avoidance or crash-prevention study focused on pre-collision events rather than the consequences.

That’s not too hard to understand when you look at an example cited throughout the methodology summary:

“A truck turns across the path of an oncoming car at an intersection. The critical event is the truck’s turn across the path of the other vehicle. The truck had the turn arrow, observed the oncoming vehicle, and assumed that the oncoming vehicle would stop, which proved to be incorrect. (Right-of-way, which is captured separately, does not necessarily determine the critical event, because the collision may still be avoidable.) The critical reason is ‘false assumption of other road users’ actions.’”

Huh? The car ran the red light, so it is the cause of the crash. Why is the trucker being hit with statistical labels of “critical event” and “critical reason?”

This thing got so out there that the running joke was that if a driver was breathing at the time of a crash, breathing was the cause of the crash. Because after all if the driver hadn’t been alive he or she wouldn’t have been driving to get in the crash.

Suffice it to say the study caused a proverbial mess. It was a nightmare for years, one some of us still have from time to time.

And, here we go again.

One could hope that they would do it differently. But, the problem is any sort of study really is just a fool’s errand.

It’s virtually impossible to study crash causation on the national level that delves down to a conclusion of what or who is causing crashes and why. Each state, each jurisdiction has different ways of reporting crashes. Even if a citation is noted on the incident report, that may or may not mean the individual was at fault or caused the crash.

The only thing that came out of the last so-called study is that driving behavior was the problem. That hasn’t changed, and no foolhardy attempt to define the undefinable is going to find out anything different.

So, rather than get all crazy studying what little we did learn from the last attempt, why don’t we get back to the business of addressing driver behavior and quit putting driver training requirements on ice. LL 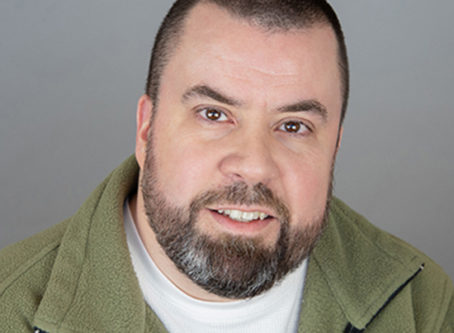 My parents are both in their 80s and live in Florida because, well, it’s the law. That’s just what you do when you retire. They do not, insofar as I know, run the IT department at the Federal Motor Carrier Safety Administration. I can’t say this with 100% certainty because they are quite feisty and […]

April 1, 1929 Consolidated Freightways was founded by Leland James as a single-truck less-than-truckload operation in Portland, Ore. It shut down in 2002, laying off about 15,000 workers. March 23, 2017 David Webb, a longtime truck driver from Billings, Mont., received the 34th Goodyear Highway Hero Award at the Mid-America Trucking Show in Louisville, Ky. […]