The road to a $28 million settlement with a Springfield, Mo.-based trucking company certainly wasn’t a boring one.

A lawsuit filed in 2015 alleging that New Prime violated the Fair Labor Standards Act led to a U.S. Supreme Court decision and remained interesting even after the trucking company and the class of truck drivers agreed to the settlement.

On the same day that 40,000 truck drivers were notified about their potential eligibility to receive funds from the court-approved settlement, a supervisor at Prime sent a message through the company’s app and Qualcomm system telling its drivers not to click on the link of the email because it was a “phishing” scam. The same supervisor sent a second Qualcomm message about an hour later retracting the previous message.

In July, a $28 million settlement was reached between the named plaintiffs – Dominic Oliveira and Rocky Haworth – and Prime regarding claims that the trucking company improperly paid drivers in violation of the Fair Labor Standards Act, Missouri minimum wage law, and related laws.

Former and current Prime truck drivers and trainees have until Dec. 7 to claim their portion from a $28 million settlement.

Funds will be distributed to the named plaintiffs as well as about 40,000 potential class members who leased their trucks through Prime any time from Oct. 2, 2012, through May 8, 2020, or those who attended training in Missouri to become a Prime truck driver at any time since March 4, 2010, through May 8, 2020.

The website, PrimeTruckingSettlement.com, has been created for eligible class members to participate. There also has been a page created for frequently asked questions.

“I feel that this was about the principle and respect,” Oliveira said. “It’s probably not as much as everyone wants, but it’s still a huge win. It shows that drivers aren’t going to be taken advantage of. We have a voice, and we’re going to be heard.”

According to Oliveira’s lawsuit, Success Leasing, which is a separate company from Prime but located in the same building, leased Oliveira a truck and then directed him to Prime’s company store to purchase fuel and equipment for about $5,000.

According to Oliveira’s claims, Prime paid Oliveira less than minimum wage, and deductions for fuel and lease payments on the truck occasionally left him owing money at the end of the pay period.

In 2015, Oliveira filed a class action lawsuit against Prime, alleging that the company violated wage laws and misclassified him, as well as others, as independent contractors.

Prime moved to force arbitration, citing an arbitration contract that all of their drivers are required to sign.

Instead of agreeing to arbitration, Oliveira took the case to the U.S. Court of Appeals for the First Circuit. Oliveira’s attorneys argued that the Federal Arbitration Act of 1925 prohibits courts from applying the statute to the “contracts of employment of seaman, railroad employees or any other class of workers engaged in interstate commerce.”

In January 2019, the justices voted 8-0 in favor of Oliveira. Justice Neil Gorsuch delivered the opinion of the court.

“When Congress enacted the Arbitration Act in 1925, the term ‘contracts of employment’ referred to agreements to perform work,” Gorsuch wrote. “No less than those who came before him, Mr. Oliveira is entitled to the benefit of that same understanding today. Accordingly, his agreement with New Prime falls within (the) exception.”

The decision was hailed as a win for the worker and meant that the class action lawsuit could continue. Both sides eventually agreed to the $28 million settlement, avoiding the case from continuing even longer.

On Oct. 5, about 40,000 former and current Prime drivers and trainees were notified – an estimated 30,000 of them by email – about their potential eligibility to receive funds from the court-approved settlement. Later that day, a Prime supervisor told the company’s drivers to not open the email because they believed it to be a phishing scam.

Even though the supervisor sent a second message to let drivers know he was mistaken, attorneys for the truck drivers filed an amended emergency motion, saying that the damage had already been done and that the supervisor’s follow-up message wasn’t enough to ensure the original phishing scam message wouldn’t deter potential class members from filing a claim.

A judge for the U.S. District Court of Massachusetts agreed, ordering Prime – at the company’s expense – to send cover letters on company letterhead to all of the truck drivers who were originally notified about the settlement through email, which amounted to about 30,000 of them.

In addition, Prime was required to send another Qualcomm message to all of its drivers who received the original false message. The company also was ordered to send messages to the administrators of the Prime Facebook groups, which posted inaccurate information about the settlement.

“I don’t know what the supervisor was thinking,” Judge Patti B. Saris said during the Oct. 9 hearing. “You’d think that he would have checked with someone. I don’t think it was malicious intent. It was an oversight, but I’m deeply worried about it.”

Judge Saris said that with phishing scams being so prevalent she could envision many potential class members being hesitant to open any emails about the settlement after seeing the original message.

“If I get one of those kind of messages, then I don’t go near any message that looks anything like it,” Judge Saris said.

The mandated letter was intended to clear up any potential confusion regarding the legitimacy of the settlement.

“There have been inaccurate messages sent out on the Prime app and the Qualcomm system about the email that many of you received to participate in a class action settlement,” the letter stated. “The email about the settlement is not a scam or a phishing attempt. It is a legitimate, court-approved notice informing you of your right to recover money and other relief as part of a lawsuit settlement.

“Please visit the website PrimeTruckingSettlement.com for more information and to file a claim. All information that individuals share throughout the website will be protected and will be used only in connection with issuing your payments from the settlement.”

According to a statement by Prime to the Springfield News-Leader newspaper, the original message was an unfortunate mistake.

“A Prime employee, acting in good faith, mistakenly suspected the email regarding the settlement was a phishing scam, and out of concern for the protection of our drivers – which is always paramount to Prime – sent a warning to the drivers,” the Prime spokesperson said. “Prime has been the subject of daily phishing attacks, and this particular email caused the employee legitimate concern. When Prime discovered the error, the same employee sent a correction to the entire fleet within the hour advising that the email regarding the settlement was legitimate.”

As of press time, the deadline to take part in the settlement remained Dec. 7. LL 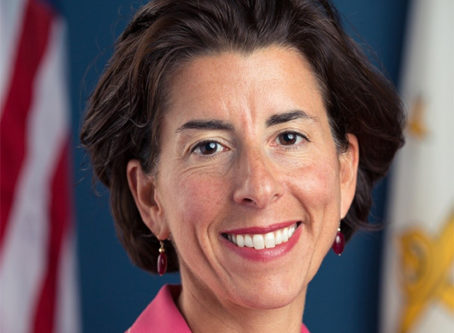 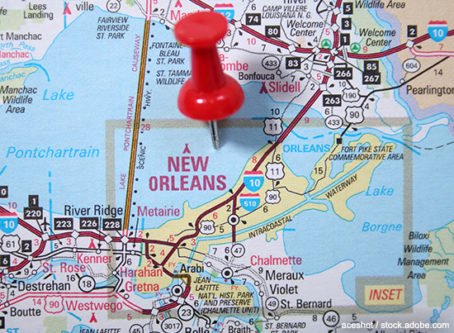 A New Orleans attorney is the latest to be federally indicted in an extensive staged crash conspiracy targeting commercial trucks and buses.