The mission of OOIDA is to fight for the rights of all truckers. That includes all types of drivers and all types of diverse operations from long haul to drayage, from agricultural commodities to heavy construction, and everything in between.

The Association has a number of members who work specialty operations, each with their own unique advantages and challenges. “Hotshotting” is one of those niche operations. We spoke with three drivers about the challenges and opportunities in “hotshot” operations.

OOIDA life member Russell “Rusty” Brooks still has a day job, but he’s been hotshotting for seven years, working primarily with local vendors near his home in Point Marion, in the heart of Pennsylvania’s coal country.

Brooks, 69, says he first became intrigued by the idea of hotshotting when he saw several such operations deliver loads during a construction project at the power plant where he works.

“As trucks came in, 30 to 40 a day with structural steel, I started talking with some of the hotshotters,” he said.

Brooks says one of those drivers told him he’d transitioned to hotshot delivery from hauling a Class 8 tractor. He said the man told him the profit margin on three hotshot rigs was better than on a tractor-trailer.

Brooks was intrigued. Plus, he already had some familiarity with trucking, as a member of the Teamsters. His father and uncle also drove truck hauling coal in the region.

He says he paid attention, saw the need and took a leap. And’s it been working out for him for the better part of a decade. He says his operation may not seem like much to some folks, but it brings in steady money and has paid for his investment in equipment several times over.

He says he relies on the help of some friends to drive some of the loads. Because his Ford F350 dually pickup is only licensed to haul 25,500 pounds, a CDL endorsement isn’t required.

“You get to Class A (license), you’re looking at a whole different ballgame with your insurance, plus cargo insurance,” he said.

“The more you try to do, the more weight you carry, the more restrictions you have.”

“These guys look for this big money, and it dries up,” he said. “Me, I want something steady. Something local. One company I deal with, I make a short two-and-a-half-hour trip and it’s $225. … Any time anything goes out of Longview, I get that business.

“I’ll take $75 an hour every day and be happy I have it,” he said. “It’s steady money. It comes from people who have been in business for years and are going to rely on you.”

One of the ways he says he’s been able to succeed is with the help of OOIDA’s Business Services Department. He says he utilizes OOIDA to handle the paperwork.

“OOIDA made life a lot easier for me,” he said. “For $800, they had everything done, finalized and back to me within five to seven days. You talk about a burden that was off my shoulders. That was phenomenal.”

Ready to sleep in a pickup?

After decades driving semis, David Moore made the switch eight years ago from a Class 8 tractor to a hotshot operation rated at 26,000 pounds.

“There’s not so many regulations in the pickup as there are in the semi,” he said. “They don’t crawl underneath the pickup and look for air lines leaking.”

Right now, the OOIDA member from Elyria, Ohio, moves RVs from Indiana to dealerships in the Rocky Mountains and Pacific Northwest. He does so in a diesel-powered 2019 Dodge Ram 3500. He said he paid $53,000 for the truck brand new, and invested another $5,000 to $7,000 to set it up to move RVs.

“I have an extra 109-gallon fuel tank in the back so I can get fuel wherever it’s cheapest,” he said. “It makes a big difference in your pay.

“You can make money – good money – but you’ve got to watch where you spend it.”

On his way back home, he usually looks for smaller loads on the website uShip to help cover the cost of his return trip.

When he spoke to Land Line in October, Moore was on his backhaul to Indiana, hauling a 2007 Harley Davidson motorcycle to Gary, Ind.

“It’s mainly going to pay for the fuel coming back,” he said, adding that the carrier he’s leased to gets a 15% cut of all his loads since he runs on their authority.

Lately, Moore said he’s been working with OOIDA on getting his own authority, buying and insuring his own trailer, and branching out as an LLC.

“They can help me get to where I’d be pretty well set,” he said. “Any questions I ask them, they’ve always got an answer for it.”

Moore said he started with his current carrier in March, just before COVID-19 locked much of the nation down. He said for that first month or so, business was shut down completely.

“There was nothing going on,” he said. “It was completely dead. Every now and then you’d get a load, but it wasn’t worth it to deliver one load and then deadhead home.”

His advice for any driver considering a transition from a tractor-trailer to a hotshot operation is, “Make sure you want to live in a pickup.”

“If you get a hotel room every night, you’ll eat your profit right out. You end up sleeping a lot in your back seat,” said Moore, who stands about 6 feet tall and weighs around 225 pounds.

“The only time I get a hotel room is if I’m broke down or taking my 34-hour reset,” he said. “So that way I’ll be a little more comfortable taking that reset.”

Jesse Olson spent 13 years driving a semi as a company driver before he decided to make the switch to hotshot trucking.

The OOIDA member from Red Boiling Springs, Tenn., is now an owner-operator leased to First Shot Trucking LLC. He says he mostly hauls LTL stuff now, in a 2018 Dodge Ram 3500 with a 40-foot gooseneck trailer. He’s plated at 38,000 pounds. He’s also customized the interior, removing the back seats and replacing it with a bed he can lie down on and sleep.

In a typical week he’ll haul everything from container freight, cars, automotive parts, and air conditioners and runs anywhere from 500 to 700 miles a day.

“I legitimately run this as a mini trucking company,” he said. “I have fuel cards. We have factoring companies. I sleep in the truck, I shower at the truck stops. It’s all I know. I ran semi as a company driver for 13 years before I did this.”

He also utilizes many of OOIDA’s business services, including the Drug and Alcohol Consortium and the Permits and Licensing Department.

“If I had to get single-trip permits for New Mexico, I used OOIDA to do it,” he said. “Even as a leased-on operator, there are still questions I don’t have the answer to. … OOIDA even went over my lease agreement with me and explained to me the stuff I didn’t understand.”

Olson said there are a number of load boards – like Truckstop.com, DAT, and Landstar – that offer hotshot loads.

Rates can be hit or miss though.

While it may seem like the operations costs would be significantly lower, Olson says that hasn’t been his case. His first dually pickup burned up four transmissions. His monthly payments are roughly the same as are his physical damage and cargo insurance rates. Oil changes and tires are cheaper but service intervals and replacements are more frequent.

“My operation costs are similar to a semi,” he said. “My expenses are pretty much dead on. I do get about 1.5 miles to the gallon better on fuel mileage.”

Eventually, Olson says he plans to transition back to a semi “for the versatility.”

“The original allure was to get my own truck, my own trailer and pull what I want to pull. But at the end of the day, that’s not the way business works,” he said. “The cost to buy (a hotshot rig) is between $45,000 to $80,000 depending on how it’s equipped. You can buy a really nice semi for that, which is designed to pull the weight and won’t struggle to do it.”

Another challenge with his present situation is his truck is his personal vehicle when he’s not working. He estimates he has $100,000 tied up in his equipment. He has the same problems with parking and ELDs that Class 8 tractors do. And even though his rig is smaller and more maneuverable, it’s only about 10 feet shorter than a sleeper semi with a 48-foot trailer.

“Most Walmarts won’t let me park there either,” he said. “I get into smaller job sites and do the smaller stuff. But at the end of the day, the headache of trying to find something I can haul and still be profitable … It’s extremely difficult with how the market is.”

The advice he’d give someone considering a switch to hotshotting that he wished he’d known beforehand is: Make sure you’re financially stable enough to go a couple weeks without a paycheck.

“If you’re a paycheck-to-paycheck sort of person, this isn’t for you, because you won’t make it,” he said. LL 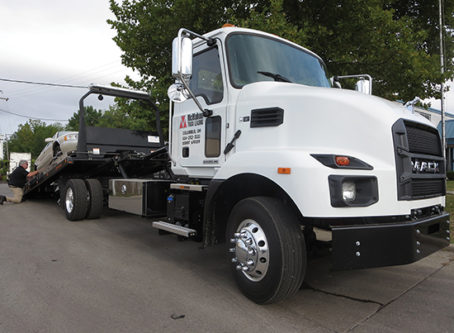 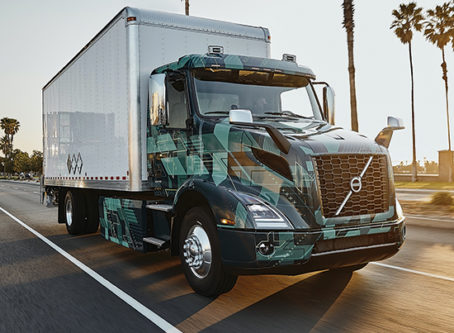 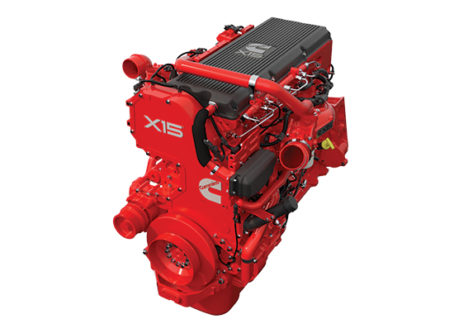