As New Year approaches, OOIDA is focused on providing truckers with information on important legislation during the coming year. In the next few months, state lawmakers from all corners of the country will rapidly add to the list by offering new bills.

Not all of them will be covered on these pages, but readers will be able to find many bills of significance to their trucking business. Here’s our roundup of noteworthy issues addressed by governors in recent weeks and the latest activity on other notable efforts.

Visit LandLine.Media for a complete rundown of state legislation.

HB4965 amends the state’s road funding formula to give counties more say on how state fuel tax and vehicle registration revenue is spent locally. The new law also will provide local governments with more flexibility in deciding how to spend road repair money and determining which roads get repaired.

HB4966 covers the use of funds available for cities and villages. All state transportation funds distributed to a city or village must be used for municipal streets.

A new law allows the state to borrow $627 million for transportation projects. The bulk of the money

from HF1 will come via the sale of general obligation bonds. Another $300 million in highway bonds will be financed with fuel taxes, license tab fees and motor vehicle sales taxes.

One bill on the verge of passage at the statehouse would update certain truck rules in the state. HB2296 would increase penalties and shorten the time period for a CDL holder to report a nonparking traffic conviction to their employer.

A provision in the bill specifies that a CDL holder must notify his or her employer of a nonparking traffic violation conviction within 15 days – down from 30 days.

Additionally, drivers would be required to report to their employer within 30 days traffic violation arrests, citations or charges. The bill would forbid employers from terminating the employee unless he or she is convicted of the violation.

Failure by a driver to notify the employer of a summary offense would be a $100 fine.

An unreported violation that is a serious traffic offense, felony or DUI, could result in an additional $300 fine for the driver.

Another bill would add the Keystone State to the list of states to adopt a federal weight exemption for electric battery-powered large vehicles. Pennsylvania now authorizes affected vehicles to weigh up to 80,000 pounds. A 5-year-old federal law authorizes states to act to raise the weight limit for electric battery-powered tractor trailers up to 82,000 pounds.

SB845 would increase the maximum gross vehicle weight for commercial vehicles powered by electric battery power operating in the state by 2,000 pounds to 82,000 pounds.

Existing law requires drivers approaching an emergency response area who are unable to safely merge into a lane further away from the affected area to pass the affected area at a “careful and prudent reduced speed.”

In the lead-up to the 2021 regular session, an interim legislative transportation committee is discussing issues that include self-driving vehicles. The panel is working on possible legislation that would cover rules for the operation and testing of commercial vehicles on the state’s roadways. LL 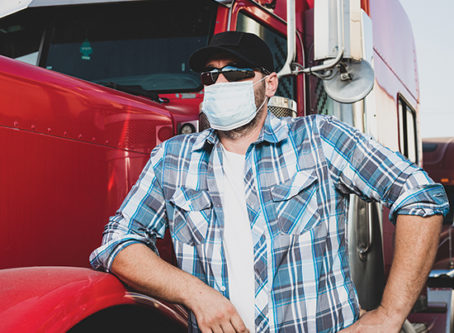