After more than two years of discussion, the Federal Motor Carrier Safety Administration’s new hours-of-service rules are in effect.

Early reports from drivers have ranged from appreciation for the added flexibility to confusion over the split-sleeper rule and frustration over their electronic logging device not reflecting the changes to the regulations.

“The biggest thing I’m hearing from drivers are questions about the split-sleeper and about their ELDs not being updated and showing them being in violation when they are following the new rules,” said Jim Jefferson, of OOIDA’s Business Services Department.

Soon after the rule changes went into effect on Sept. 29, OOIDA received reports from drivers that some ELD providers had not updated their devices to reflect the rule changes.

According to FMCSA, ELDs are not required to show violations. The devices are required only to record the actual time and events.

FMCSA’s Larry Minor discussed this issue at an August 2019 listening session in Dallas.

“That’s one of the things that we’re continuing to work with the ELD vendors on,” Minor said. “That is that we don’t require the ELDs to designate whether something is or is not a violation rather than just capturing what actually happened.”

For truckers with ELDs that designated violations before the hours-of-service rule changes, it is important to note that may no longer be the case.

Since the ELD mandate went into effect, many truckers have been able to rely on their ELD to tell them whether or not they are in compliance with the hours of service. Devices that have not been updated to reflect the changes are forcing drivers to revert to the days of when they had to do the math themselves.

“We’ve been getting a lot of calls about why their ELD isn’t functioning,” Jefferson said. “All I can do is refer them to their ELD provider.”

The short-haul maximum allowable workday changed from 12 to 14 hours, and the distance the driver may operate is extending from a 100 air-mile radius to a 150 air-mile radius.

Correct use of the provision: A property-carrying driver has taken 10 consecutive hours off duty before coming on duty at midnight and being released from duty at 2 p.m. During that time, the trucker drove for nine hours and spent the remaining time on breaks or on duty, not driving. The driver returned to the normal work reporting location at 2 p.m., was released within 14 consecutive hours and stayed within a 150 air-mile radius.

The key to the provision is “unforeseen,” the OOIDA Foundation said. Rush-hour traffic in Atlanta or a snow storm that had been forecast for two days probably wouldn’t qualify. However, the provision could be used in an unexpected crash that stops traffic or for an unexpected fire or hailstorm.

Correct use of the provision: Calculation of the 11- and 14-hour limits for this property carrier begin at midnight after the driver has taken 10 consecutive hours off duty on the previous day. The trucker drives for three hours, is off duty for one hour, drives for four hours, and is on duty for one hour. The driver then hears that a bridge on the route ahead is closed because of a gravel spill, and the bridge is the only way to get to the destination. The trucker takes one hour off duty from 9 to 10 a.m. to wait at a rest area while the bridge is cleared and then drives for five more hours to the destination. This results in the trucker driving for 12 hours and also operating beyond the 14-hour driving window by one hour, between 2 and 3 p.m.

There is no violation of either the 11- or 14-hour limits under the new rules.

The agency advises drivers to make an annotation in their electronic logging device when using the provision and to include details about the adverse driving condition.

The 30-minute break requirement can now be satisfied by an on-duty, not driving break (in addition to an off-duty break). The requirement for property-carrying drivers is applicable in situations where a trucker has driven for a period of eight hours without at least a 30-minute interruption.

The change means that instead of taking the break off duty, the trucker can now take the break while completing such tasks as getting fuel or checking to make sure the load is secure.

The sleeper berth provision allows drivers to split their 10-hour off-duty period in different ways (7/3, 8/2, 7.5/2.5), provided one off-duty period (whether in or out of the sleeper berth) is at least two hours long, and the other involves at least seven consecutive hours spent in the sleeper. The periods must add up to 10 hours, and when used together neither time period counts against the maximum 14-hour driving window.

When using the sleeper berth provision, the order of the qualifying breaks does not matter.

FMCSA is expected to soon release a frequently asked question section regarding the sleeper provision. LL 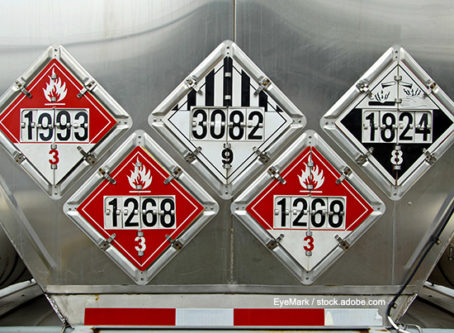