Having a truck driver as a father showed Gillian Layne Benson an example of what it means to make sacrifices for others.

Gillian Benson, a recipient of the 2020 OOIDA Mary Johnston Scholarship Fund, highlighted her father’s sacrifices in her essay to the scholarship board.

“When I think about three positive aspects of my dad being a truck driver, the first word that entered my mind is sacrifice,” wrote Gillian, who is the daughter of OOIDA member Ralph Benson of Fairhope, Ala. “My dad loves what he does, but we see the sacrifices he has made over the years to support our family, such as missed holidays, family gatherings, school plays, and sporting events.”

Since 1998, the OOIDA Mary Johnston Scholarship Fund has helped more than 100 students pay for a higher education. In April, OOIDA announced a new class of scholarship recipients.

Each year, one $2,000 scholarship and four $1,000 scholarships are awarded. An alternate also is named each year. The recipient must be a child, grandchild or legal dependent of an OOIDA member.

The funds are transferred directly to the student’s selected institution and can be renewed for a total of four years.

OOIDA Executive Vice President Lewie Pugh said the program provides a boost to the next generation of professionals.

“Today’s youth will be tomorrow’s professionals, and what’s better than them knowing that truck drivers helped them fulfill their dreams,” Pugh said. “That is why the Mary Johnston Scholarship Fund is important not only to OOIDA but for all truckers as well.”

Gillian, who was scheduled in May to graduate from Spanish Fort High School in Alabama, received the $2,000 scholarship. She received an acceptance letter from the University of Alabama at Birmingham, where she intends to major in biomedical science and psychology.

“My time volunteering in my local hospital has contributed to this decision to become a doctor,” she wrote. “I feel as a physician I would have even greater opportunities to help others not only in my community but globally. My personality is very similar to my dad’s. I am a very goal-oriented, driven person. I am not afraid of hard work and tend to dive right in on a challenge.”

Wyatt Hansen is the grandson of OOIDA life member Glen Haumont of Geneva, Neb. Wyatt was set to graduate in May from McCool Junction High School in Nebraska. He received an acceptance letter from Northeast Community College in Norfolk, Neb., where he intends to enter the utility line program.

Wyatt said he goes on a trip with his grandfather in the truck every year.

“He has taken me to Texas, Montana, Oregon and North Dakota in the truck,” Wyatt wrote. “During our trips, we laugh, tell each other stories, and I play the ukulele for him … I learn a lot on the road each time I go with my grandpa.”

McKinzie Smith is the granddaughter of OOIDA life member John Hinckley, of Oceanside, Calif. In June, McKinzie is scheduled to graduate from El Camino High School in California. She has applied to several colleges but said she hopes to attend University of California, Los Angeles as a human biology and society major.

“My grandfather is a very important role model for me,” she wrote. “He’s shown me work ethic, sacrifice, and thoughtfulness … From him, I’ve learned how to be persistent and dedicated to my own work. In setting such a great example, I’ve witnessed what it is to be a loyal and flexible employee.”

Faith Pilkington is the daughter of OOIDA member Charlie Pilkington III of Ripley, Tenn. Faith was scheduled to graduate in May from Halls High School in Knoxville, Tenn. She received an acceptance letter from the University of Tennessee at Martin, where she intends to major in psychology.

“My father is a member of OOIDA, and he is one of the biggest role models in my life,” Faith wrote. “My dad did not have the easiest life growing up, so he had to work diligently to get to where he is today. In understanding everything he has overcome, my father has shown me that hard work truly pays off.”

Lauren Miller is the granddaughter of OOIDA life member Wayne Miller of Loveland, Ohio. Lauren was scheduled to graduate in May from Kings High School in Ohio. She received an acceptance letter from Xavier University in Cincinnati, where she intends to major in business.

“One of the positive influences that my grandfather gives me is perseverance,” Lauren wrote. “Throughout my grandfather’s career in trucking, he has overcome the hardship of recurring layoffs. With each layoff, he has shown patience and a positive outlook for work to come in the future. Through his example, he has taught me to stay strong through difficult situations.”

Lindsey Henkle, who was named the alternate, is the daughter of OOIDA senior member David Henkle, Fort Wayne, Ind. In June, Lindsey is scheduled to graduate from R. Nelson Snider High School in Fort Wayne. She received an acceptance letter from Indiana University-Purdue University Indianapolis, where she intends to pursue a career in nursing.

“My whole life, I have known that I want to work with people and serve others,” Lindsey wrote. “I care greatly about the well-being of others and wish everyone could be happy and healthy.” LL 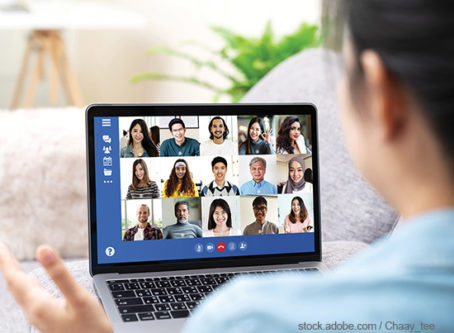