The Owner-Operator Independent Drivers Association’s message to FMCSA was a simple one. If you want to improve highway safety, professional drivers need more control over when it is and when it isn’t safe to drive.

OOIDA Executive Vice President Lewie Pugh delivered that message during the agency’s public listening session regarding its proposal for hours-of-service reform on Sept. 17, in Washington, D.C.

“OOIDA fully supports the proposal because it allows drivers more opportunity to rest when they are tired, to stay off the road during adverse conditions, to avoid congestion, and to give drivers more control of their schedules, which will improve highway safety,” said Pugh, who was a truck driver for 22 years with more than 2 million safe miles.

On Aug. 22, FMCSA published a notice of proposed rulemaking in the Federal Register that included five main changes to the hours of service.

As of press time, the comment period was scheduled to end Oct. 21.

FMCSA said the goal of the proposal is to give drivers the flexibility they covet.

“We believe the proposals in this rule will improve safety by offering the flexibility drivers need so they do not feel like they are racing against the clock, needlessly driving through congestion, or hunting for parking,” FMCSA Deputy Administrator Alan Hanson said.

Pugh said the proposal should not only improve highway safety but also improve the health of individual drivers.

“Drivers need flexibility in the hours of service not only to make their deliveries and pickups but to deal with many unforeseen obstacles that they deal with on a daily basis,” Pugh said. “These changes will also improve a driver’s health and well-being because it lessens the beat-the-clock mentality that seems to be shoved down on their shoulders now.”

The key to the plan, Pugh said, is to make sure that the decisions are truly in the drivers’ hands, and they are not being persuaded by motor carriers or others to work longer days than they should.

“For far too long a driver’s time has been worth nothing, especially to shippers and receivers and large motor carriers,” he said. “This needs to change. Being able to stop the clock for up to three hours, being able to expand the sleeper berth provision – this should all be a driver’s choice that he should be able to use when he deems necessary.

“I hope the agency will take the responsibility in preventing drivers from being coerced by carriers and shippers and receivers. Drivers for too long have been expendable commodities to a lot of people, including the government, and I hope that’s coming to a halt. Drivers are professionals, and they are not expendable by any means.”

OOIDA is also suggesting some tweaks to the proposal, including allowing split-sleepers of 5-and-5 and 6-and-4 and allowing drivers to take the 30-minute break in increments.

Markcus Davis, an OOIDA member from South Carolina, told FMCSA leaders that the need for change became even more necessary when the electronic logging mandate went into effect in December 2017.

“Do you all know that drivers are driving tired more now than ever now since elogs have been instituted? Ask the truck drivers, they will tell you,” Davis said. “I’m not talking about a study. I’m talking about facts. I hear about all of your data and everything, but I’m coming from truth. Drivers are driving tired on these elogs more now than ever.” LL

The 30-minute rest break provision was the focus of drivers’ ire in comments on the FMCSA’s proposal to revise the hours-of-service rules.

FMCSA’s restart restrictions – which haven’t been effect for years – are set to be officially removed from the regulations. 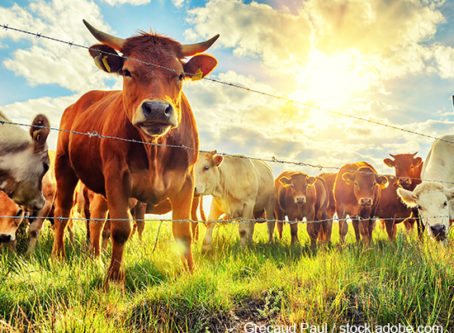