Three truckers won’t have to spend more time in jail for hauling what they believed were legal loads of hemp across the state of Idaho.

Each could have faced mandatory sentencing of five years in prison had they been convicted of drug trafficking of marijuana. Instead, they pleaded guilty to misdemeanors. Their plea deals include substantial fines, restitution to pay for the investigation into their cases, and probation.

The cases involved Dennis Palamarchuk, who was arrested Jan. 24, as well as Andrew K. D’Addario and Erich C. Eisenhart, who were arrested in April 2018.

The truckers were caught in the crack between a nod by Congress to legalize hemp production and transportation and the formation of new regulations for the nascent hemp industry.

An attorney who specializes in hemp and cannabis law, Rod Kight, said soon commercial vehicle drivers won’t be threatened with prison time as were these drivers.

“I believe that this issue is short-lived (except for the drivers in this case) and that it will soon be a relic of the past,” Kight said. “The USDA will soon issue regulations and the 2020 harvest will be upon us in a year.”

The hemp industry is waiting on the U.S. Department of Agriculture to publish rules for hemp production and transportation. The regulations are under review now. When they are published in the Federal Register, there likely will be a 60-day comment period before the final rule is published. The USDA has announced its intention to have the rules in place for the 2020 growing season.

The plea deals were announced shortly after a federal appeals court in late August refused a request from Aurora, Colo.-based Big Sky Scientific LLC, which owns the hemp cargo that was being hauled by Palamarchuk, to overrule an Idaho court that refused to order the cargo released. The appeals court tossed the hot potato back to Idaho and then the plea deals were made.

“Although Idaho has dropped all drug trafficking charges against the trucker, has returned the semitruck and trailer to the shipping company, and has returned large industrial hemp shipments to other companies that have shipped hemp through Idaho since Big Sky Scientific filed its lawsuit, Idaho has yet to return Big Sky’s hemp,” reads a statement from Big Sky Scientific CEO Ryan Shore.

Ada County, Idaho, prosecutors contend that despite changes to federal schedule of controlled substances brought about by the enactment of the Agricultural Improvement Act of 2018 (the farm bill, passed in December), cannabis plants or harvested crop containing any amount of THC remain illegal in Idaho until a new regulatory framework is in place.

A key sticking point is the lack of a uniform method for testing THC content. This is complicated by the fact that there are multiple THC compounds involved. Only the amount of delta 9 THC distinguishes hemp from marijuana.

The issue is further complicated by the fact that some THC compounds turn into the restricted delta-9 THC when heated. The method of testing and whether or not a certain level of heat is involved can affect the measured delta-9 THC.

The method of testing is a bone of contention in other states. Indiana, Louisiana and Texas have passed bans on “smokable hemp,” and North Carolina is considering it. Smokable hemp could ban all hemp despite federal dictates against that.

In Indiana, a federal judge has thrown out the state’s ban on smokable hemp, calling it unconstitutional for states to ban one type of hemp only because they can’t easily distinguish it from marijuana.

‘Consequences they should not have to bear’

As far as the truck drivers who avoided five-year prison sentences with plea deals, Idaho Rep. Ilana Rubel said while she is glad the drivers won’t be incarcerated any longer than they already have been, she said their plea deals aren’t a cause for celebration.

“These gentlemen were merely transporting a crop that is legal federally and in nearly every state, and for simply trying to make an honest living they will now have criminal records that will follow them for the rest of their lives,” Rubel said in an email. “That brings all kinds of adverse consequences, including difficulty in getting jobs, housing, professional licensing, financial assistance for college and more. These are consequences they should not have to bear. I still believe the charges should have been dropped.”

Rubel has been vocal in publicizing the plight of the hemp-hauling truck drivers. She encouraged people to sign a Change.org petition asking prosecutors to drop the charges. She said she appreciates everyone who took action to help these drivers.

“That public pressure may have been critical to getting the charges reduced from felony to misdemeanor charges and ensuring they won’t have to serve more jail time,” Rubel said.

Rubel, a Democrat, and Republican Rep. Dorothy Moon co-sponsored legislation this year to legalize industrial hemp and harmonize Idaho’s law with federal law. It passed overwhelmingly in House, but died in the Senate.

Rubel says that legislative battle is not over.

“In the 2020 legislative session, I will push hard to legalize hemp so this doesn’t happen to anyone else,” Rubel said. LL

Editor’s note: Ilana Rubel has a soft spot for truckers. Check out why she’s a fan. 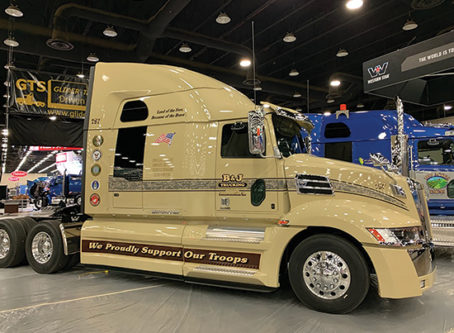 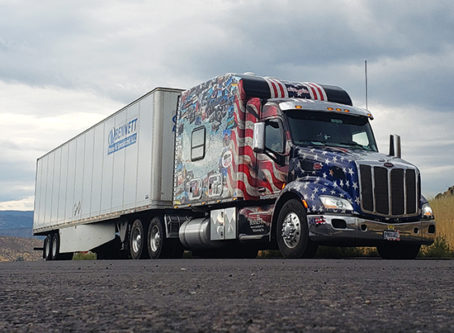 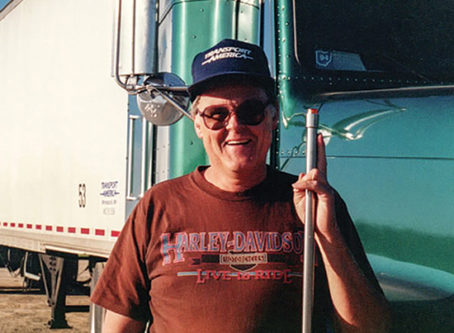