Welcome to the third age of tracking

ELDs take tracking to a new level, and shippers and receivers are cashing in on the data.

Seems everybody wants to track you these days.

Well, maybe not everybody, but many carriers and brokers do. According to an OOIDA Foundation survey of company drivers in May, 45% say they are tracked. That’s the average. Tracking is lowest in small fleets, 25% in fleets of from two to five trucks. It’s higher in big ones, 57% in fleets of more than 1,000 trucks.

What this survey does not show is that required tracking is increasing – and not just in company fleets. In many cases, if you want the load you have to agree to it. You don’t necessarily have to download an app anymore. More often you simply allow the broker or shipper to access your ELD data.

ELDs know where you’ve been, they know where you are, and they can tell the world where you’re going. The difference between ELDs and all the tracking devices that preceded it is simply this: virtually every truck has one. That enables new levels of tracking, not just of individual trucks, but a sea of individual trucks and entire fleets – lots of them. It’s a perfect example of what is often referred to as “big data.”

That big data enables new levels of analysis. Major shippers and brokers now receive tracking data on all their loads with big carriers, small fleets or owner-operators – and their own fleet, if they have one. They can make accurate comparisons about levels of service, routing efficiency and more. Over time, recurring challenges can be predicted and dealt with. Some discover problems they didn’t know they had.

ELDs have kicked off the latest era in truck tracking.

You can blame it on Qualcomm, the San Diego company that now makes sophisticated chips for the world’s cellphone giants. Schneider National was the first carrier to install OmniTRACS – Qualcomm’s first commercial product. OmniTRACS sent its GPS location by satellite and provided short keyboard messaging.

Qualcomm used the capital letters in OmniTRACS to emphasize the tracking nature of the product, the feature that interested big carriers the most. For detailed communication, payphones worked just fine, and truck stops were loaded with them – on the walls, on the counters, and at the booths. Qualcomm’s satellite connection was the beginning of the end of the payphone era in trucking and, in a way, of pay phones everywhere. The company spun off its truck-tracking division as Omnitracs – no more capital letters – in 2013.

Qualcomm wasn’t the first tracking company. Earlier satellite-based products simply weren’t as good or reliable. Qualcomm made truck tracking worth the investment of almost $5,000 per truck. Schneider National was the first to equip its entire fleet. Many other big carriers soon followed.

Lots of companies followed Qualcomm into truck tracking, including PeopleNet, which launched in 1996 using ground-based cellular networks and the internet.

PeopleNet survived. Most of the others are long gone.

For 10 years, cellular networks grew, and carriers began to turn away from more-expensive, more-restricted satellite options. Even Qualcomm offered a cell-based option. As cell bandwidth increased and its cost declined, innovators offered products to speed data flow between truck and headquarters. It was possible to send information from video cameras and sensors that recorded things like hard braking. Some companies offered printers and scanners designed to work in truck cabs. The boss was taking a seat in the cab.

The next era would put most of those functions in a handheld cell phone.

In 2007, Apple’s iPhone changed everything. Its camera was able to photograph documents like bills of lading, delivery receipts, and exception reports. The iPhone could then transmit them to internet-connected servers – what we now call the cloud – where they could be stored and accessed by the carrier. The iPhone’s video could record the aftermath of crashes or the reality of disagreements on customer docks. At the same time, the iPhone provided the direct, person-to-person communication of a telephone.

Like Qualcomm, the iPhone wasn’t the first internet-connected phone, but it certainly was the best, and its popularity exploded. The iPhone was particularly suited for a mobile industry like trucking.

Seeing the massive business and social potential of the iPhone, phone makers introduced one smartphone after another, each with its own operating system, the phone’s basic software. None compared to the iPhone, at least initially. But Android software from Google kept improving, eventually squeezing out others until almost all non-Apple phones used Android. Android phones, which eventually rivalled the iPhone in quality, cost much less. The result was increased adoption by truckers – both carriers and owner operators. Some companies abandoned onboard computers totally with smartphone software that did almost the same job.

The world of cellphone apps grew exponentially with the new dominance of Android. Typically, an app – short for application – reaches out to an internet-based service without going through browser software like Internet Explorer, Firefox or Chrome. Click on an app and you go to the app sponsor’s website, nowhere else. And you don’t wander off into the internet weeds.

In trucking, apps became popular with load boards and brokers. Most broker apps accessed GPS tracking in your phone. Then, in the early 2010s, a new group of tracking companies launched FourKites and MacroPoint, to name just two. At the outset, they worked with apps like everyone else. Most often, they worked with brokers who had no tracking app of their own, but these new tracking companies were looking beyond brokers and downloadable tracking apps.

FourKites, MacroPoint and others also aggregated location information from the biggest fleets in North America, data most often obtained from Omnitracs and PeopleNet systems. Sure, brokers used big carriers, but big carriers were more likely to deal directly with big shippers. The new tracking companies saw shippers as potential customers and mandatory ELDs as the key to success.

Many big shippers are concerned with cargo integrity – temperatures, security and timely delivery. They also want to keep their customers in the information loop. Some shippers have their own trucks, most use any number of for-hire carriers and brokers. Before ELDs, tracking every load meant reaching out to each, not to mention independent owner-operators who hauled for them. In a practical sense for most shippers, it was impossible. A tracking service that brought all those sources together made sense, especially if that source could use up-to-the-minute and historic information plus hyperlocal weather reports to predict arrival times and delays.

The new tracking entrepreneurs make that possible. Now every truck has an ELD. Every truck is trackable. If a shipper using such a tracking service requires every load to be trackable, that company can see the progress and delays of all shipments – inbound and outbound – across their entire system. That data can also feed into corporate programs that allot resources and evaluate carriers. Brokers increasingly need to offer the same kind of universal tracking to their customer. Carriers have no choice but to comply.

And if you want the load these days, neither do you. LL 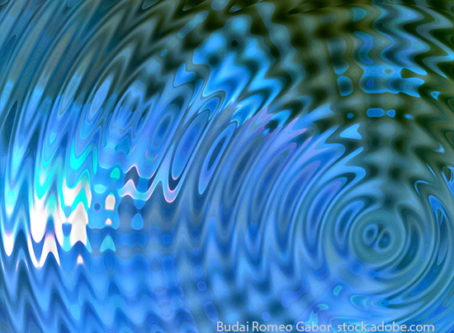 Call it the “echo effect.” You shout “hello” into a canyon, the sound bounces off the walls, and you near lots of “hellos,” one right after another. Something like that is going on in the tracking business. 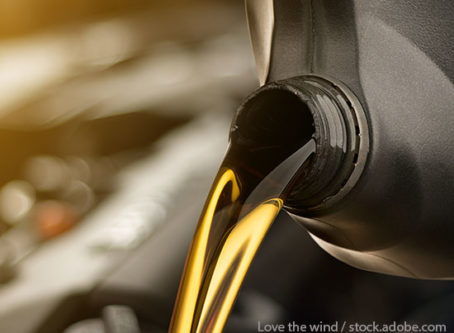 Think “low vis.” Low viscosity, that is, for motor, transmission and rear-end oil, and probably grease in the hubs. Embrace synthetics. 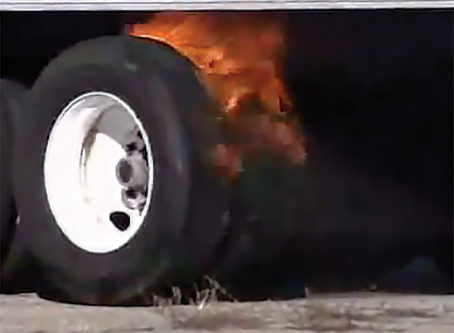 “Thermal events” might seem an amusing euphemism for “fire,” but they’re not so funny to people who own trucks that have been burned up because of them. Fleet-manager members of the Technology & Maintenance Council of the American Trucking Associations have formed a task force to investigate such happenings, but some causes are known. These […] 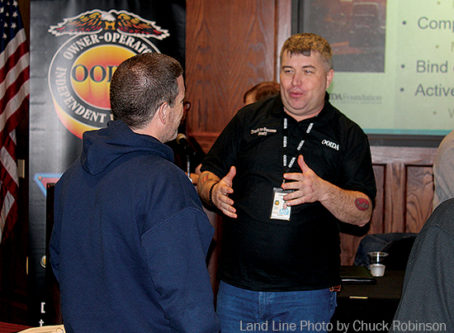 OOIDA is offering classes aimed at providing prospective owner-operators all the tools they need to be successful when launching their own business.