The issue of detention time isn’t new. For years, truck drivers have been at the mercy of shippers and receivers. Often, truck drivers wait for hours with no compensation for their time.

“It is a monstrous problem that has actually cost trucking as much as $3 billion a year,” OOIDA President and CEO Todd Spencer said during a U.S. House of Representatives subcommittee hearing in June. “The way it works out, it means that driver workweeks are always going to be 70-80 hours and sometimes longer. They are not always working all of those hours, but their time is being controlled by others. The biggest bandits on that deal are going to be shippers and receivers, and I should point out that some of them actually have the gall to charge drivers for late deliveries.”

A recent OOIDA Foundation survey of more than 1,250 truckers found that many believe detention time is an issue that negatively affects safety as well as their finances.

“Between 31% and 36% of OOIDA members spend 11 to 20 hours per week in detention, while 31% stated they lose three to four loads per month because of detention,” said Andrew King of the OOIDA Foundation. “According to the Foundation’s estimates, this could equal $4,800 to $6,400 per month.”

The good news is that there are some indications that changes could be coming.

Rep. Peter DeFazio, D-Ore., who has long been interested in addressing the issue of detention time, is now the chairman of the Committee on Transportation and Infrastructure.

DeFazio spent a considerable portion of his time at the House subcommittee hearing asking questions about detention time, including whether or not the issue has led some drivers to leave the industry. Large motor carriers have consistently had a turnover rate above 90%.

“My understanding is that Teamsters essentially have detention time in place?” DeFazio asked LaMont Byrd, director of the health and safety department for the International Brotherhood of Teamsters. “So what kind of turnover do you have?”

“We have very low turnover,” Byrd said. “It’s certainly less than 10%. I think it’s largely related to compensation and having very good working conditions related to the industry.”

DeFazio then asked Spencer to elaborate on his comments about shippers and receivers charging drivers for being late.

“That’s the first time I heard about that,” DeFazio said.

“Actually, Walmart started doing it about a year ago and made quite a bit of noise doing it,” Spencer responded. “Having said that, the dilemma drivers have is that they are asked to work around everyone else’s schedules.”

Even the safety advocates on the panel chipped in with their concerns regarding detention time.

Cathy Chase, president of Advocates for Highway and Auto Safety, added a story about a recent ride-along she had with a truck driver. While sitting in the truck waiting for the load to arrive, Chase realized that she was being paid for that time and the driver wasn’t.

“There was some irony there,” she said.

In addition to the topic being discussed at the subcommittee meeting, the Federal Motor Carrier Safety Administration submitted a request for information regarding driver detention time that was published in the Federal Register on June 10.

“A recent study by the U.S. Department of Transportation’s Office of Inspector General found that better data are needed to fully understand the issues associated with driver detention,” the notice stated.

In 2018, DOT’s Office of Inspector General reported that detention time increased crash risks and costs but that the current data limited further analysis. The report recommended that FMCSA collaborate with industry stakeholders to develop and implement a plan to collect and analyze “reliable, accurate and representative data on the frequency and severity of driver detention.”

Some of the findings from OIG’s report included that a 15-minute increase in time a truck spent at a facility increased the average expected crash rate by 6.2%, and that detention time costs for-hire truck drivers between $1.1 and $1.3 billion each year.

The agency is asking stakeholders to answer seven questions.

Comments on the request for information will be accepted until Sept. 9. To submit comments, you can enter Docket Number FMCSA-2019-0054 at the regulations.gov website or mail Docket Management Facility; U.S. Department of Transportation; Room W12-140; 1200 New Jersey Ave. SE; Washington, D.C. 20590-0001.

As of July 9, nearly 350 comments had been submitted. Not surprisingly, many of the comments were from drivers who have had negative experiences involving detention time.

“Shippers and consignees who detain drivers should be fined very heavily and required to compensate drivers for their time,” wrote Benjamin Slayton. “I’ve been to many places … where I was held up for 6-7 hours.

“If they let a truck through the gate, they should be legally required to get emptied and back out that gate in two hours or less. They should be required to provide overnight parking in the event that they do detain a driver.”

James Williams, a truck driver from Texas, had agreed that two hours should be the limit.

“My opinion on detention time is all shippers and receiver(s) should have to pay it after a two-hour delay,” Williams wrote. “They set appointment times to load and unload, but unless they are forced to pay detention time they do not seem to care if a driver sits there for hours on end.” LL 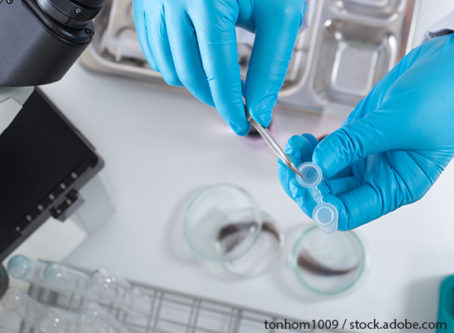