FMCSA receives more than 8,100 comments on hours of service. 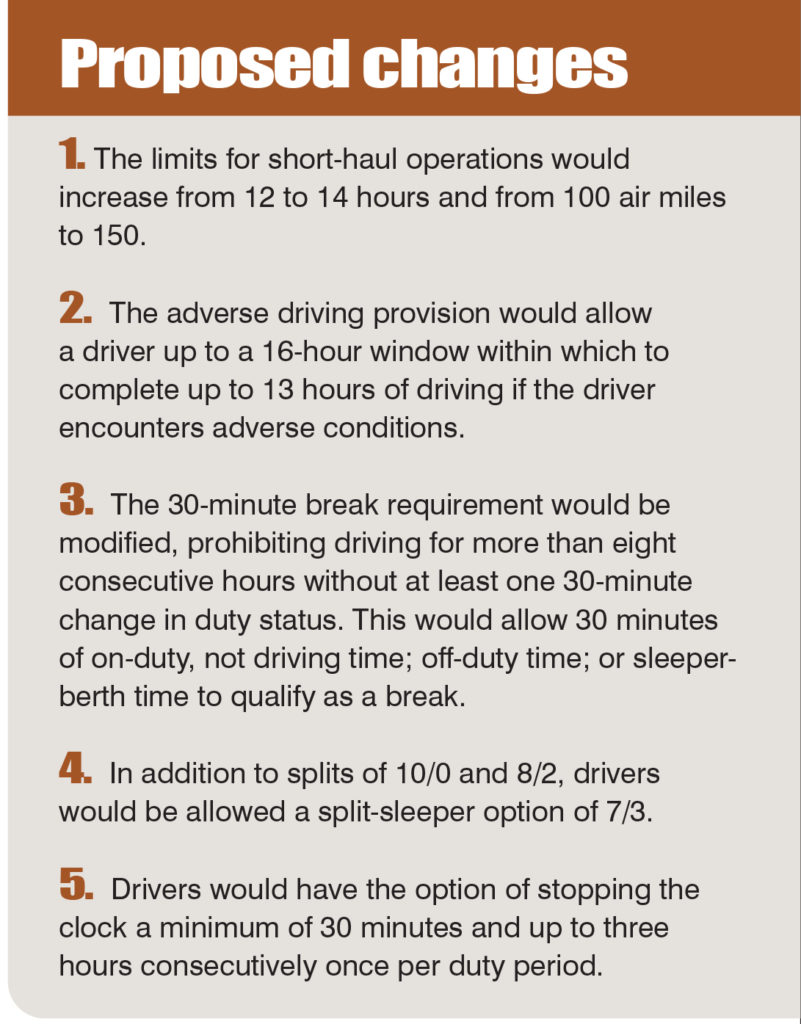 In August, the agency announced a notice of proposed rulemaking aimed at providing more flexibility to truck drivers within hours-of-service rules.

The comment period, which included two public listening sessions, ended Oct. 21. In all, more than 8,100 comments were submitted to the docket. Many of the comments suggested that the electronic logging mandate prompted the need for changes to the hours of service.

While recommending a few tweaks, OOIDA said FMCSA’s plan represents “a welcomed shift toward developing regulations that better reflect the realities of trucking and improve safety for all highway users.”

Hours of service is an issue that has needed to be addressed for years, OOIDA wrote in its formal comments to the agency.

“For many years, OOIDA members have repeatedly told lawmakers that the existing hours-of-service rules are not sensible for today’s trucking industry,” OOIDA wrote.

According to a 2017 survey conducted by the OOIDA Foundation, three of the top five regulations that owner-operators said should be eliminated or amended were related to hours of service. Those regulations included the 14-hour provision, the split sleeper-berth restriction, and the rest break provision. The No. 1 unwanted regulation listed was the ELD mandate.

“The current hours-of-service regulations that dictate a truck driver’s work schedule are overly complex, provide virtually no flexibility, and in no way reflect the physical capabilities or limitations of individual drivers,” OOIDA wrote.

“The provisions included in the notice of proposed rulemaking will provide much-needed flexibility and do not increase the maximum allowable driving time,” OOIDA wrote. “However, in order for these changes to have the most safety benefits, drivers should have sole discretion about how and when to use these provisions. Drivers have the best understanding of when they should take a break, when road conditions are too dangerous, and when they should rest.”

OOIDA also wants the final rule to include changes to the 30-minute break requirement and the split-sleeper provision.

The change for short-haul operations would extend the driving window from 12 hours to 14 hours and the distance from 100 air miles to 150.

“Extending the short-haul exception would provide short-haul providers additional flexibility to complete their trips and return home if they encounter unforeseen delays during their work schedules,” OOIDA wrote.

The proposed hours of service would allow a truck driver up to a 16-hour driving window within which to complete up to 13 hours of driving if the driver encounters adverse conditions.

An adverse driving provision already exists, but it is rarely used in its current form.

OOIDA supports the proposal but would like to see the definition expanded.

“OOIDA recommends that the definition be modified to include other circumstances, like unusual traffic congestion, accidents, construction, detours or road closures. We also believe an updated definition could help clarify some of the current confusion between drivers and law enforcement personnel about which situations are appropriate for utilizing the provision.”

FMCSA proposes to make the 30-minute break requirement applicable only in situations where a driver has driven for a period of eight hours without at least a 30-minute nondriving interruption.

OOIDA says this change is an improvement over the current rules but would like to see the requirement eliminated.

“Ideally, FMCSA should completely eliminate the current 30-minute break as required,” OOIDA wrote. “The needless and unfounded requirement does not correspond to the realities of freight movement.”

FMCSA’s HOS plan would allow drivers to take a split-sleeper berth option of 7/3 in addition to current splits of 10/0 and 8/2.

OOIDA approves of the addition of a 7/3 split but would like to see additional options of 6/4 and 5/5.

“These splits would increase flexibility, allowing drivers to increase their productivity without compromising safety.

“Several members stated that they struggle to sleep more than six hours. Thus, allowing them to split their sleeper time more efficiently will allow them to gain more adequate rest, resulting in increased alertness and better driver performance.”

FMCSA proposes to add an option that would allow drivers to stop the clock a minimum of 30 minutes and up to three hours consecutively once per duty period.

OOIDA is in favor of the addition.

“This provision does not increase maximum driving time or maximum on-duty time or decrease minimum off-duty rest periods between shifts,” OOIDA wrote. “Drivers would have more chances to get sufficient rest and would not be as stressed to beat the 14-hour clock. This would result in positive benefits for driver health and highway safety.”

“Advocacy commends FMCSA for its retrospective review of the current hours-of-service regulations and supports the proposed changes that will result (in) increased flexibility and cost savings for small carriers without diminishing safety or the health of drivers,” the SBA office wrote.

An hours of service final rule

The exact timeline for when a final rule will be unveiled is unknown, but it could come as soon as 2020.

OOIDA said it is hopeful the final rule comes sooner rather than later.

“OOIDA strongly supports the agency’s approach, which will provide drivers more opportunities to rest when they are tired, to stay off the road during adverse driving conditions, and to maintain greater control over their own schedules.” LL

Jim Mullen, who worked more than a decade for Werner as executive vice president and general counsel, was named FMCSA interim administrator. 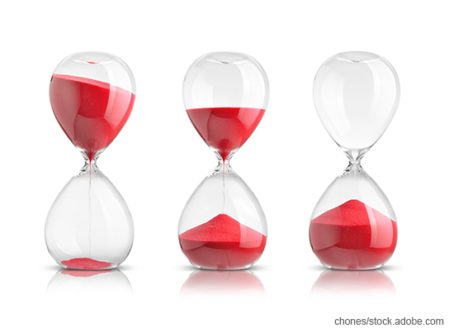