OOIDA Board of Directors plot and plan for battle with a new highway bill on the horizon.

With a revision to the hours-of-service regulation on the horizon, the OOIDA Board of Directors tackled a litany of other issues facing truckers at its fall meeting in October.

OOIDA President Todd Spencer initially focused on the role of OOIDA’s Washington, D.C., office and the team of lobbyists who work Capitol Hill on a daily basis. Even when there isn’t necessarily a hot button issue being debated in Congress.

“Our D.C. crew has been very proactive in pursuing preparation and seeking out potential roadblocks that could hinder movement on legislation favorable for our guys,” Spencer said.

“All a lobbyist actually does is talk to lawmakers about specific issues to educate and inform them. There’s nothing sleazy about that. Our system works better if the people involved are better informed,” he said.

OOIDA’s D.C. team routinely takes 20-30 meetings a week with lawmakers on D.C., often educating the lawmaker and his or her staff on the realities of trucking – and not the spin that other groups feed them in pursuit of anti-trucker legislation.

“One of the biggest things that has happened on Capitol Hill since the spring was the congressional hearing that was extensive on trucking with Todd front and center,” Collin Long, OOIDA’s director of government affairs, told the board members.

Long was referring to the June subcommittee hearing titled “Under Pressure: The State of Trucking in America.” Spencer testified on behalf of truckers and spent the entire hearing telling lawmakers about the many challenges drivers face. He offered the truckers’ perspective on many issues affecting the industry.

“The hearing displayed the complexity of the industry. It gave them a good taste of what the industry is facing,” Long said.

The hearing, according to Long, set up discussions heading into the development of the next highway bill, and as that happens “there will be more opportunities.”

Obviously, hours-of-service regulations garnered some discussion. However, with the comment period closed following the notice of proposed rulemaking stage, conversation largely reflected on the process of getting to where we are – waiting for a final rule.

“On the regulatory side, the top priority has been HOS. We got the ball rolling in early 2018 with our petition asking for a rulemaking,” said Jay Grimes, director of federal affairs. “We had many conversations with (then-)Administrator (Ray) Martinez and the staff at FMCSA. We are hopeful to see some relief for truckers in the final rule.”

There was a ripple of concern that went through the board with the departure of Martinez from the agency in the middle of this rulemaking.

“It’s far enough along in the process that we’re hopeful this will happen. It’s been a bit of concern for us,” Long said. “We are pretty confident that they are wanting to deliver a final rule before the election next year.”

Any talk of hours-of-service regulations brings up the subject of coercion. That concern over coercion has been expressed by drivers with the proposed up-to-three-hour split-duty provision that stops the on-duty clock once per day.

Many of the board members expressed a need for more drivers to stand up for themselves.

“It’s up to you to not let these fleets take advantage of your time,” Director Monte Wiederhold said.

“Drivers are more concerned about younger drivers not standing up for themselves. I know there is a coercion rule on the books, but it’s a toothless old witch,” Director Bryan Spoon added.

Long said that the D.C. staff is keenly aware of the problem with coercion and has been working to get a better grasp on how coercion complaints are currently handled and what needs to change.

“We know coercion is an issue. We have been working with lawmakers to engage FMCSA on how they are handling coercion complaints,” Long said. “We know it needs to be improved. But first we need to know what the agency is doing and what resources they need to better enforce on it.”

Hand-in-hand with coercion is detention time.

The FAST Act mandated the U.S. Department of Transportation Office of Inspector General study detention time. It was released in 2018.

“The problem is, there’s not a lot of real accurate data. And the OIG recommended FMCSA do a better job on collecting that data,” Grimes explained to the board.

FMCSA started on that seeking comments and requesting information – to which OOIDA filed comments.

“We’re hopeful FMCSA will take this on in a more active regulatory manner,” Grimes said.

To add fuel to the push to address excessive uncompensated detention time, Long said it is also a priority in the House Transportation and Infrastructure Committee.

“Chairman (Peter) DeFazio is watching this closely to see what industry feedback has been to put together something that can help address the problem,” Long said. “DOT has released reports that there is a correlation between detention time and safety. ATA contests that very notion. We have to counter that position.”

How to address detention time drew a significant amount of conversation from the board.

“How can we make detention time compensated time?” Carl Smith, alternate director, asked. “When they know that shippers and receivers are on the hook and on the line to pay for that time, that will get their attention.

Other directors saw it as a negotiation strategy in contracts. However, Spencer countered that assertion.

“A lot of us in the room have been involved in trucking all of this time. The perspective of folks behind the wheel is that they are losing ground. We have to explore and find a way to change that,” Spencer said.

“We need to do anything and everything to start moving that floor of the underpaid and overworked drivers back up at every opportunity. Even if there isn’t a clear and easy way to do it. Doing nothing is not an option.”

The four-day board meeting covered many topics and priorities for the upcoming highway bill.

One big topic of discussion was the passage of AB5 in California earlier this year. The new law restricts the definition of independent contractors in the state, which has the term “owner-operator” left in limbo for now.

“We have a lot of questions, and there aren’t a lot of answers,” OOIDA Manager of Government Affairs Mike Matousek said.

Alternate Director Rodney Morine pointed out that while it appears ugly on the surface, it could change once we see execution of the law.

The angst over “what will happen” dominated the discussion, with firm answers fleeting.

“The law has passed, and we’re trying to get questions answered,” Spencer said. “A lot of this stuff will be in court.”

“If this turns out bad for owner-operators, we’re going to fight it, right?” director Mark Elrod asked.

Diversion of road funds and parking dominated most of the highway bill discussion.

“Our conversations on the Hill and with agencies when it comes to parking is making sure they understand there is a crisis out there,” Long said. “We are working hard to find ways to address that crisis without more studies and leaning on technology.”

Long discussed strategies on the Hill for getting ahead of bad legislation. He highlighted the formation of the coalition of more than 30 groups fighting against the “four bad bills.”

“We’ve put a lot of stink on these issues,” he said. “We’re ready to fight against them ramping up to a highway bill.”

Spencer discussed the need for grassroots efforts to support the Association’s efforts in D.C.

“Most truckers don’t realize the value of organized advocacy,” he said. “We have to be cheerleaders for advocacy and our organization. If you’re not a member of OOIDA you’re part of the problem, and I’m tired of carrying the water for you.” LL 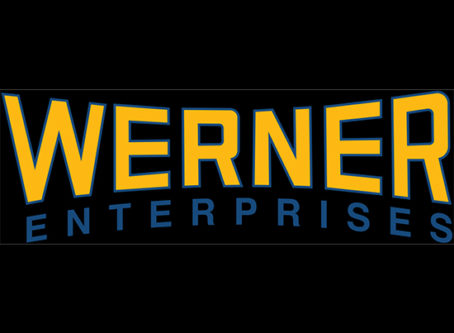