Distracting those injured by the distracted 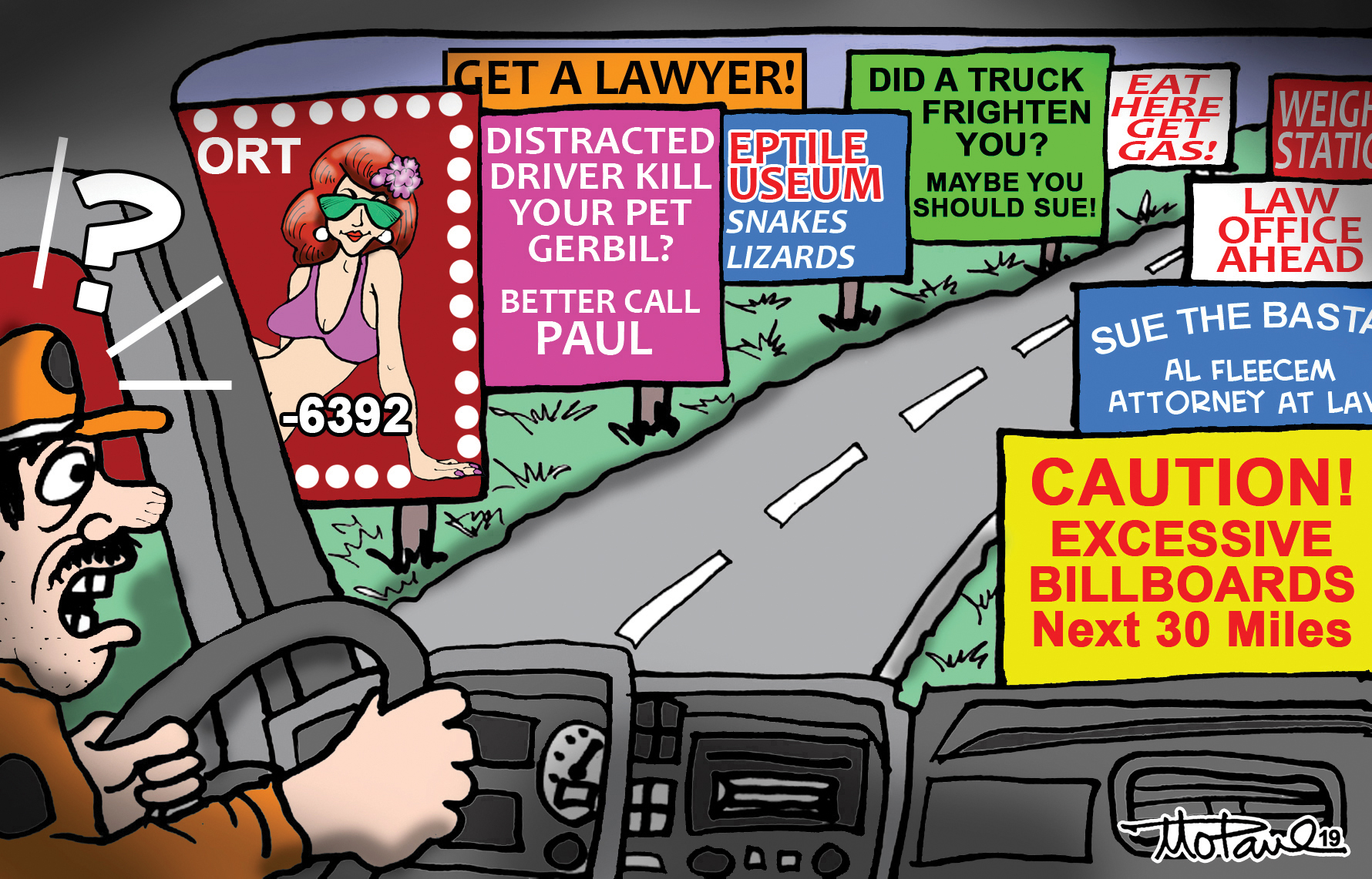 A pair of bills in Louisiana aim to take the distraction of billboards out of the crash equation.

“Was your pet weasel run over by a distracted driver? Call the law firm of Rancid and Socket – we care about weasels, because we ARE weasels! Write this number down while you’re passing by at 68 mph, so you can sue the pants off anything that has a pulse – and just in case you didn’t take your eyes off the road long enough when you saw the word ‘weasel,’ we’re going to throw in a giant 3D representation of a weasel-loving weasel in a bad suit!” 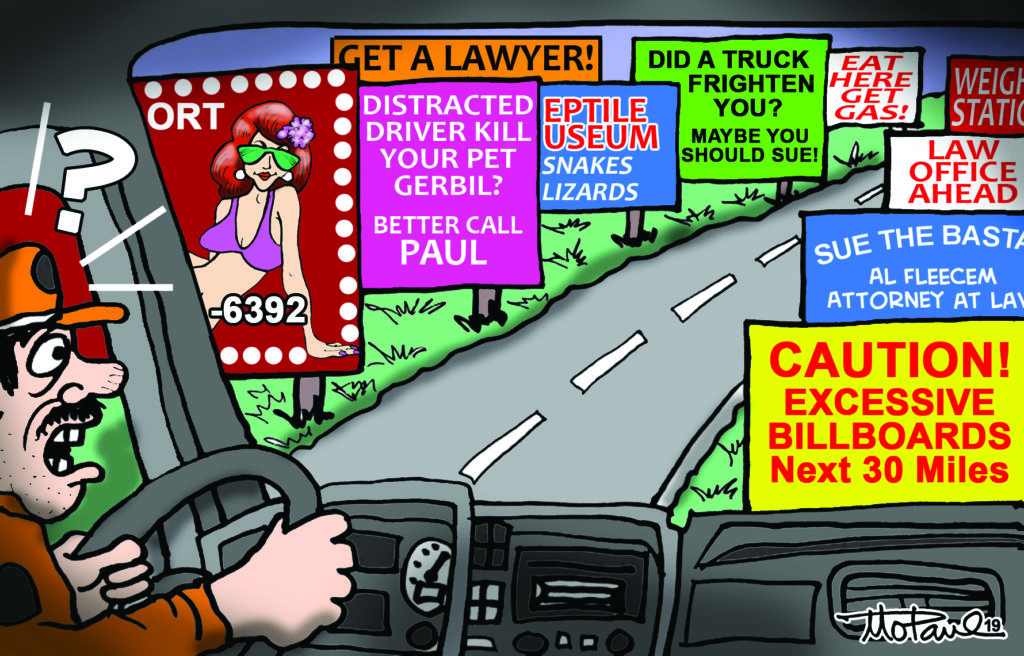 “Ethel, hand me a pad and pen and let me swerve all over the road whilst I’m taking down this information. Better yet, I’ll just snap a picture of it with muh cello-phone for future reference. Stop screaming, Ethel, I’m perfectly fine to drive and read and take pictures at the same time. It ain’t the same as being distracted, woman. Only pre-verts and mindless fool truck drivers get distracted.”

You’d think so if you believed the billboard ads in Louisiana. To be fair, these billboards have become a staple in every state – I’m just picking on Louisiana today. At least they’re trying to clean it up.

I know I’m not alone in marveling at the diabolical nature of highway lawyer billboards that advertise vengeance for distracted driving crashes. These ambulance chasers are literally creating their own victims by being as distracting as possible. Not only is it infuriating to see some egghead lawyer in a suit made by Baby Gap wearing white boxing gloves to match his shiny court-shoes, it’s demeaning to the truck drivers this fruitcake demonizes.

But, alas, this is a country in which we are able to push the envelope far enough to get paper cuts on our eyeballs.

According to the website Fitsmallbusiness.com, traditional billboard costs range from an average $250 per month in rural areas to $1,500 to $4,000 in small to midsize cities, and $14,000 or more in larger markets.

In turn, production for an advertisement on vinyl for a 14-foot by 48-foot bulletin billboard requires almost 700 square feet of material. The cost breaks down to roughly 50 cents per square foot, or $300 to $500 dollars.

Digital billboards can cost advertisers $10,000 a month or more, depending on the location.

The Out of Home Advertising Association of America – yep they have a trade group – estimates that by 2021 the industry will rake in up to $33 billion. Now that includes bus wraps and the like too, but you can bet that billboards make up a lot of that.

Suffice it to say that with 348,000 “more traditional” displays throughout the U.S. and Canada and 3,200 digital displays, the outdoor advertising players have plenty of cheddar to throw around if they want to battle laws limiting billboards.

Hence the reason something very simple, like limiting the number of boards per square mile or infringing on anyone’s feel-goods about their freedom of speech, is even further complicated with money – and a lot of it.

This will be a fun one to hide and watch. Of course, for litigation sake and all, I’ll only be watching when I’m sitting in stand-still traffic underneath some “Golly-gee ain’t them truckers a bunch of turds?” billboard, waiting for a mangled wreck to be cleaned off the road. LL 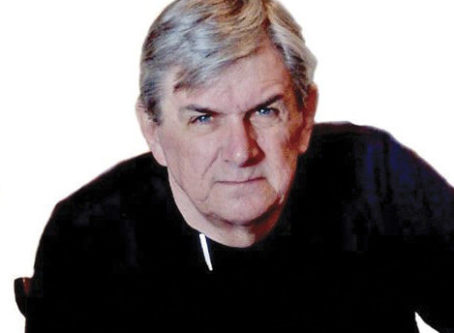 FedEx, UPS, Amazon, and some LTL carriers want the feds to allow the 33-foot doubles that are legal in some states to be used nationwide. That would mean 5 more feet of capacity over the current 28. More freight and more revenue at little extra expense for carriers. Trouble is you can’t add capacity inside […]

This month in trucking history – June 2019

This month in trucking history… JUNE 29, 1956 President Dwight Eisenhower signed into law the Federal-Aid Highway Act, which created a 41,000-mile “National System of Interstate and Defense Highways.” JUNE 7, 2004 The U.S. Supreme Court ruled in a unanimous decision that the Federal Motor Carrier Safety Administration was not required to conduct a full […]