Your rights in the regs

Truth-in-leasing regulations provide a number of important protections. You need to know your rights when common problems arise.

As an owner-operator leasing on to a company, it’s not a simple handshake deal. The leasing regulations are very specific about your rights in the agreement and what motor carriers can and cannot do.

The Federal Motor Carrier Safety Administration has regulations on lease agreements between owner-operators and motor carriers. Knowing and understanding them are key in realizing what your rights are and what you’re entitled to in your leasing agreement.

The Business Services Department of the Owner-Operator Independent Drivers Association reviews leases for compliance with 376.12 in the Federal Motor Carrier Safety Regulations for active members. In doing those reviews, there are common areas where leases aren’t always compliant.

“A lot of carriers require an escrow, which is kind of a security deposit so that if and when you should depart the company there’s some money there to deal with any issues that are still hanging out there or even with ones while you’re with the company,” Tom Crowley with OOIDA’s Business Services Department told Land Line Now.

Another common issue with escrow accounts, according to Crowley, is that unscrupulous motor carriers often see those accounts as a windfall when drivers leave a company.

Many times motor carriers will try to dictate that you use specific products, equipment or services, purchased or leased from them, and many times for a profit. The leasing regulations do not allow that, Crowley and Williams said.

“ELDs are a big one. The carrier will pick a particular ELD unit that they want to use for all of their trucks, and some of them will tell the leased on owner-operators that you have to use this ELD and you must rent it, purchase it or whatever from us. Not the case,” Williams said. “They cannot force you to buy, lease, rent or otherwise utilize anything as a result of maintaining your contract.”

“If the carrier says we want to use brand ABC ELD, and that you have a choice where you can buy it, whether it’s from them or you can go get one on your own, that’s OK. They can do that, but they cannot force you to pay them to use theirs.”

“There are carriers that will want you to use their fuel card. Well, you don’t get the benefit off of it, the carrier does. You know they cannot legally require you (to use it).” Crowley said.

Chargeback items are anything that a carrier initially pays for but then charges the owner-operator. For instance, fuel, cash advances, insurance and things of that nature.

“The carrier should provide you documentation as to how this stuff is computed. As the lessor, you should be getting copies of that documentation, something to prove the validity of the charges,” Crowley said.

Crowley and Williams agree that this is the biggest problem with chargebacks – not getting the documentation from the motor carrier and not finding potential overcharges.

“A lot of carriers kind of slack on some of that stuff, and it comes down to the drivers, the owner-operators, keeping the carriers walking the line,” Crowley said.

Getting paid the right amount

Leased operators should have access to paperwork and documentation related to pay, things like the freight bill.

“The rate on a freight bill is what tells an owner-operator if they’re being paid properly as long as they’re paid on percentage. If they’re on percentage, and the carrier is telling them we do this load for a thousand bucks, here’s your $700. Well, how do you know that they’re really getting paid $1,000 for that without the freight bill,” Williams said.

“The regulation tells you that you have the right to visit their office during normal business hours and request to see the original copies of it. If they don’t produce that or if they can’t produce it, then they are not in compliance with the regulations.”

Not getting paid at all

It’s not that uncommon of a tale, according to Crowley.

“There’s an owner-operator on a lease with a carrier that is three, four or five weeks behind on pay. The driver thinks, ‘Well, they’ll get caught up. I will just keep running because they’ll get caught up,’” Crowley said. “The leasing regulations specify that getting paid is not optional.”

Crowley said that the regulation outlined under 49 CFR 376.12 clearly states that within 15 days of turning in the necessary paperwork you are to be compensated, no matter if the motor carrier has collected on the load yet or not.

“You know that you are to be paid within those 15 days. Any time the carrier is going past the 15 days to get paid, those are the flags to look for because something’s not good,” he said.

Williams said that if OOIDA members are in that situation, OOIDA’s Business Services Department is more than willing to help, but you need to be ready in case it does not go well.

“It’s not uncommon for any one of us in the department to reach out to that motor carrier and let them know, ‘Hey this is what the rule says. It doesn’t matter if you’ve been paid yet or not you have a 15-day window in which to pay these folks,’” Williams said. “However, we also want to warn our members that sometimes that could make things go south.”

“So, with the member’s permission, we’ll be happy to call that carrier and try to get to the bottom of it … kind of act like a middle man. Sometimes it’s successful, and sometimes it isn’t.”

Even if you are ready to ask OOIDA to help, when you are in this situation you should be ready to leave that motor carrier – and sooner rather than later.

If you leased on with a motor carrier you find is violating the truth-in-leasing regulations, there are ways for you to fight back. It all starts with knowing your rights under 396.12. From there, there are tools in your arsenal to fight back.

“Hold them accountable. Let them know that you can do math, too, and that you’re checking the numbers. I mean the leasing regulations, they’re not an option. They are a requirement in a lease,” Crowley said.

Williams and Crowley stress that any way you fight back will require documentation – or the lack thereof provided by the motor carrier – showing the transgressions. Once you have that, you can file a complaint with the National Consumer Complaint Database.

Even though the name doesn’t sound like it, it really is for truck drivers to report regulation violations.

“It’s a website set up by FMCSA that allows just about anybody in the industry to file some kind of a formal complaint when the regulations aren’t being met,” Williams said.

The next step is private right of action, something OOIDA fought for and won, giving leased operators the right to take their motor carriers to court.

Private right of action, more or less, gives the owner-operator the right to engage in a civil lawsuit if somebody is going against the leasing regulations and breaking the law. If that is causing you or your business harm, then you’ve got every right to sue them in civil litigation.

Beware, arbitration is something that carriers like to throw into contracts. But the U.S. Supreme Court has come back and said “no” on these forced-arbitration clauses, effectively killing those clauses and paving your way to take your motor carrier to court without arbitration. LL 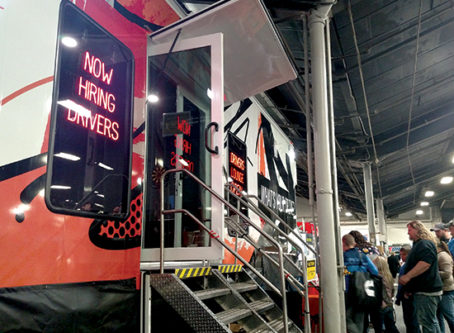 What are carriers offering for pay today? A walk down recruiters’ row at the Mid-America Trucking Show in Louisville, Ky., showed there’s a rather tight range of remuneration for owner-operators, usually a percentage of revenue. 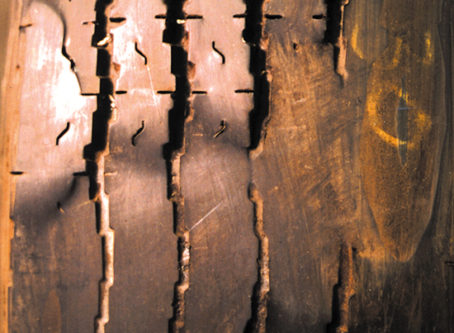 Tires are a major expense, probably No. 2 or 3 on your list, after fuel and, of course, paying yourself. Just one tire costs $400 or so.

The Land Line staff gives us their top picks for the best products and services designed to make your life easier on the road.