With a stop in North Baltimore, Ohio, OOIDA’s touring tractor-trailer, The Spirit of the American Trucker, makes its third stop of a four-town tour of Ohio. Jon Osburn, skipper of The Spirit, plans to be at the North Baltimore Petro Stopping Center until Aug. 6. It is off I-75 at Exit 167. After he leaves […]

By Special to Land Line | August 3

A recent ruling by the Kansas Supreme Court could cause problems with how law enforcement chooses to pull motorists over. The court unanimously decided that a police officer automatically presuming that the owner is the driver behind the wheel goes against Fourth Amendment protections, the same presumption that red light and speed cameras rely on. […]

The Guilty By Association Truck Show celebrates its 10th anniversary Sept. 27-29 in Joplin, Mo. After this year, organizers plan to make it a biennial event. The event is presented by 4 State Trucks, Joplin. “Our GBATS vision is most definitely to ‘keep the show growing’ and get better and better each and every event […]

A piece of legislation at the Pennsylvania statehouse is intended to clear up inconsistencies in laws governing operation of the Delaware River Joint Toll Bridge Commission. The agency maintains and operates seven toll bridges and 13 free bridges connecting New Jersey and Pennsylvania. The DRJTBC is made up of 10 commissioners with five from each […]

The pursuit of authorization for speed enforcement cameras in Pennsylvania will continue into the fall. Both chambers of the statehouse have approved differing versions of the speed cameras bill as far back as 13 months ago. Most recently, Senate lawmakers voted 44-4 to advance the bill after making another change. The House was unable to […]

Hundreds of communities across the nation employing red-light cameras may want to reconsider. Two researchers released a study that suggests there is no evidence that the cameras reduce total crashes or injuries. In fact, cameras possibly lead to an increase in rear-end crashes, the study findings state. Justin Gallagher, an assistant professor of economics at […] 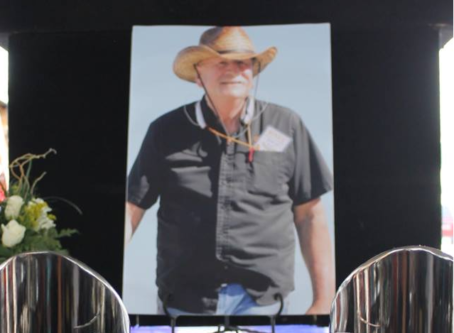 Despite long-term illness, Top Gun Large Car Shoot Out organizer and senior OOIDA member Tom Reitz did not disappoint his fellow truckers and devoted 2018 truck show attendees. I spoke with Tom a couple weeks before the show. He was in the hospital again with pneumonia. But he didn’t want to talk about being sick. […]