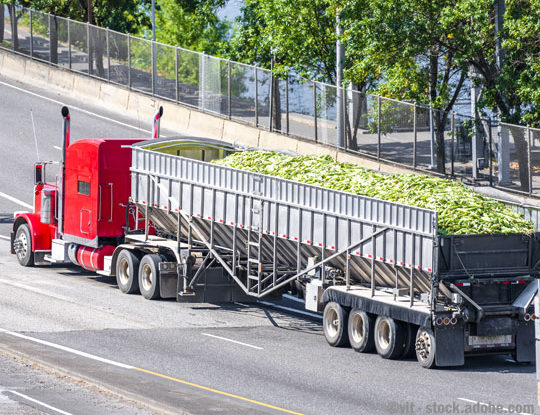 Drivers who use N.C. Route 9 just east of Asheville, N.C., near US-74A will need to take a long detour. A landslide in Bat Cave in Henderson County has blocked the highway, causing motorists in the area to take a 50-mile detour until the end of July. At approximately 6 a.m. on June 5, a […]

Legislation making its way through the North Carolina statehouse would borrow $3 billion to get transportation work done. SB758, also known as the proposed North Carolina Bond Act, was approved unanimously by the Senate. It has moved to the House, where its version, HB1010, has advanced from the House Transportation and Finance committees. Starting in […] 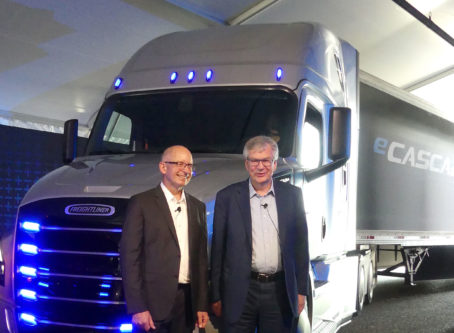 Cue the music. There’s a big announcement taking place. Maybe it’s a new truck. Wait. Stop the music. We want you to hear it roll in. However, there was no engine noise as the new eCascadia made its first industry appearance in Portland, Ore. Instead of the growl and clank of diesel, the Class 8 […]

The Truckers for Troops campaign donated 120 pairs of shoes to homeless veterans as it continues its expanded mission of providing care packages to U.S. military veterans at home and abroad. The shoe donations were made as part of the Heart of America Stand Down event on Friday, June 8, in Kansas City, Mo. Stand […]

Authorization for speed radar use by some local police in Pennsylvania has taken one step closer to becoming reality. Pennsylvania is the only state in the country that prohibits municipal police from enforcing speed limits with radar. Since 1961, only state troopers are allowed to use radar. The House Transportation Committee voted 22-2 to advance […]

Fully electric commercial trucks command a lot of industry buzz. So much, in fact, that it seems the industry is overlooking an electric solution that could make a difference in short order for long-haul trucking. The solution is to adapt hybrid-electric technology used in passenger vehicles for diesel commercial vehicles. Austin, Texas-based Hyliion Inc. has […]

The Owner-Operator Independent Drivers Association is calling on truckers to fight back and pressure a Kentucky city in retaliation for a permit ordinance. Following Land Line’s coverage of the controversial “unloading permit” in West Buechel, Ky., OOIDA’s Manager of Government Affairs, Mike Matousek, sent an email to members, informing them of the city ordinance. As Land Line […]

A former information technology employee of Swift Transportation was sentenced to nearly five years in prison after being convicted of embezzling nearly $2.2 million from the company. David Dwight Reynolds, 30, of Glendale, Ariz., worked as an information technology network engineer for Swift Transportation between 2013 and 2016. Reynolds used a corporate credit cards to […]