The North Carolina Department of Transportation is considering tolling the Cape Fear Memorial Bridge to pay for its replacement.

On July 13, the Hanover County Board of Commissioners heard a presentation from NCDOT regarding an unsolicited proposal for a public-private partnership. Specifically, a developer wants to fund the replacement of the Cape Fear Memorial Bridge with tolls.

North Carolina has been looking to replace the current Cape Fear Memorial Bridge for several years now. Built in 1969, major rehabilitation is required every 10 or 20 years, depending on the span. The last rehab occurred in 2019 and cost $15 million. Currently, the four-lane bridge carries about 60,000 vehicles each day. By 2045, NCDOT expects that number to climb to about 82,000 vehicles per day.

NCDOT has conducted a feasibility study to determine replacement options, which include:

All Cape Fear Memorial Bridge replacement options include going from four lanes to median-divided six lanes with 12-foot outside shoulders.

According to Chad Kimes, NCDOT Division 3 engineer, potential funding could be in the form of the state’s prioritization process for inclusion in the State Transportation Improvement Program. However, Kimes said a large-scale non-tolled project in the next 10-year program is unlikely.

The proposal adopts the 135-foot fixed span option with a multiple-use path. It also includes improvements to the west side interchange (U.S. 17/U.S. 421/U.S. 74) and the downtown interchange at South Front Street.

If NCDOT were to go with the proposal, the Cape Fear Memorial Bridge replacement project will be fully funded by the developer. The developer also would assume most responsibilities, including environmental studies, design, public outreach, permitting, construction, demolition, operations and maintenance. The proposal also calls for a five-year schedule under a 50-year tolling duration.

At this point in the process, proposal details are confidential, including potential toll rates. If the state moves forward, NCDOT will initiate a traffic and revenue study to determine an estimated range. Final toll rates will not be available until bids are received.

Commissioner Rob Zapple asked Kimes about the potential to fund the Cape Fear Memorial Bridge replacement with the anticipated infrastructure bill, which is expected to be worth at least $1 trillion. Kimes said NCDOT is watching it closely. If other funds become available, the state can switch its plans accordingly.

Commissioner Jonathan Barfield Jr. appeared to be concerned about the proposal.

Barfield mentioned that the Herbert C. Bonner Bridge in the northeast part of the state cost about $260 million and was not funded by tolls. According to Kimes, that bridge was 80% funded with federal dollars. Barfield also was concerned about the unintended consequences on residents and businesses.

A new rule in Michigan is intended to save municipalities from increased road repair charges by trimming federal aid costs. 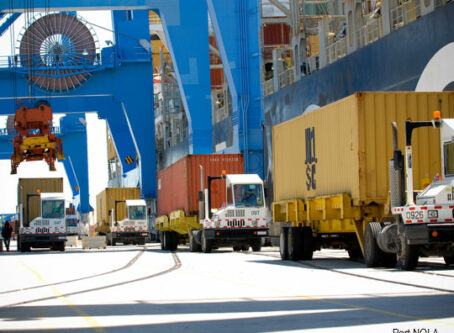 A Louisiana House panel has approved a bill to create a new tandem load permit for trucks hauling to and from Louisiana ports. 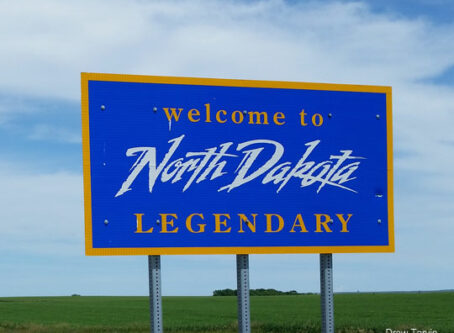 Winter may be over, but it left its mark in North Dakota. So much so, an emergency order was issued for delivery of agricultural goods.