If one Alabama state lawmaker gets his way, small businesses around the state will get a financial boost from motorists and truck drivers when fueling up.

Sen. Cam Ward, R-Alabaster, wants to create a small business stimulus fund to aid locally owned businesses around the state that were forced to close their doors or had to let employees go due to efforts to confront COVID-19.

He is introducing legislation that would stock the stimulus fund via revenue from a recent fuel tax increase.

Dubbed the Rebuild Alabama Act, a 2019 law raised the state’s fuel tax rates for the first time in nearly 30 years.

As a result, the gas tax and diesel tax now are being increased by a dime over three years.

The initial six-cent increase was implemented last fall. The state’s excise tax rates now are 24 cents for gas and 25 cents for diesel.

The additional tax collection is estimated to raise $323 million annually when fully implemented.

Two-thirds of the revenue is routed to the state. Counties collect 25% of additional funds and cities receive 8%. The money is used to fund infrastructure improvement, preservation and maintenance projects.

Sen. Ward introduced a bill this week to temporarily route the additional revenue from the Rebuild Alabama Act to bolster small business around the state.

SB333 would tap fuel tax revenue intended for state and local roads for two years. It is estimated the diversion could amount to a $100 million shot in the arm for affected businesses.

The state’s Department of Commerce would be responsible for the creation of a small business stimulus fund to appropriate the money.

The bill is in the Senate Finance and Taxation General Fund Committee.

If approved by the Legislature, voters would get the final say on the issue during the state’s July 17 run-off election.

More Land Line coverage of news from Alabama is available. 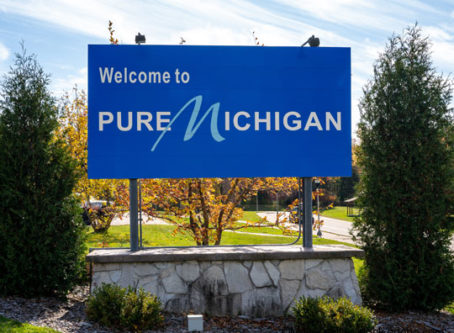