Transportation and Climate Initiative put to a screeching halt

Eleven Northeast states and the District of Columbia created the emissions-reducing Transportation and Climate Initiative more than a decade ago. Today, no one will sign it into law.

In 2010, 11 Northeast states and the District of Columbia signed a declaration of intent to create the Transportation and Climate Initiative. Virginia joined in 2018.

The program requires large gasoline and diesel suppliers to buy “allowances” in a cap-and-trade plan. Companies would be limited to how much carbon dioxide could be emitted. After reaching its cap, a company can pay the government a certain amount of money to go beyond that limit. In order to make up for that cost, fuel prices could increase by 17 cents per gallon.

New Hampshire was the first state to back out in December 2019 before a draft agreement was signed. One year later, only Connecticut, Massachusetts, Rhode Island and D.C. committed to signing the initiative into law with a memorandum of understanding.

Last week, all three states did an about-face.

Connecticut was poised to be the first state to officially enact the Transportation and Climate Initiative. In April, the state’s Joint Committee on Environment voted 21-11 to advance a bill that formally joins the initiative.

A lot has changed since April.

To start, fuel prices have since been skyrocketing. According to data from the U.S. Energy Information Administration, the average price of gasoline in the New England region is up 66.5 cents from April, reaching a seven-year high.

Motorists may have been comfortable paying a little extra for gas before, but that may not be the case now.

“We had a hard time doing (the Transportation and Climate Initiative) when gas prices were at historic lows,” Lamont said during a news conference. “So it’s probably not the year to do it this year with gas prices where they are.”

Additionally, a $1 trillion infrastructure bill is now available. Connecticut will receive billions of dollars for infrastructure projects, including those addressing climate issues. That may eliminate the need for the cap-and-trade approach to reduce emissions.

With fuel prices and federal funding in the background, Lamont announced on Nov. 16 that he is no longer pursuing the program.

The other two states that signed the memorandum of understanding are also out.

Gov. Charlie Baker is claiming Lamont’s move is prompting his state to abort the Transportation and Climate Initiative. According to his press secretary, Terry MacCormack, the state has made it clear that it will only follow through with the program if other states make the same commitment.

“The Baker-Polito administration always maintained the commonwealth would only move forward with TCI if multiple states committed, and, as that does not exist, the transportation climate initiative is no longer the best solution for the commonwealth’s transportation and environmental needs,” MacCormack said in a statement.

“The Transportation and Climate Initiative depends upon the involvement of at least three jurisdictions to go forward as a program. Recent events in Connecticut and Massachusetts, however, have made clear that at least for the time being, Rhode Island must explore other options in clean transportation.”

Washington, D.C., is the only jurisdiction remaining of the initial 13 still pursuing the cap-and-trade program. LL 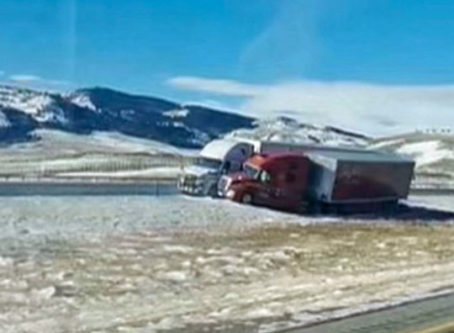