Members of the Owner-Operator Independent Drivers Association had on opportunity to have their voice heard on March 25 during the Mid-America Trucking Show in Louisville, Ky.

The OOIDA Town Hall Meeting was a chance for members to learn about initiatives the Association has been working on and its top priorities moving forward. Additionally, members were offered a chance to ask questions and get answers from top Association executives.

The panel discussed issues that OOIDA’s advocacy had helped to improve over the past year, including these:

Solving the issues that affect drivers can seem like a big undertaking. However, according to OOIDA President Todd Spencer, doing the little things can ultimately have a big impact.

“Do the easy things, and things start getting better,” he said. “We’re open to any ideas anywhere that can make things better.”

Despite the uphill battle, Spencer said he believes in the power of numbers and that working together is the way to enact change in the industry.

“We’ll always have challenges, and we’ll always have people on the other side of the issues,” he said. “But if we’re smart, and we get together, we can have good people carrying our story and moving to a fairer deal.”

“If it wasn’t for OOIDA right now, we’d have speed limiters on trucks, we’d have insurance (minimums) over $4 million, and to be quite honest we wouldn’t have a lot of owner-operators,” Morris said.

Among the Association’s top priorities for 2022:

Member can get updates on these issues, as well as other affecting truckers, by signing up for the Association’s action alerts.

Fighting for the rights of all truckers

One attendee wanted clarification on OOIDA’s pursuit to remove the exemption for truckers from the Fair Labor Standards Act.

“We’re more interested in seeing OOIDA take up issues of regulation on shippers and receivers. About getting trucks in and out in a timely manner,” the attendee said. “We pay our drivers the detention time we get. When we talk about driver retention for fleet owners, that’s something that will regulate itself. I have to be competitive in my pay and benefits, but we need more regulation on the end of shippers and receivers. I feel like that would solve a lot of problems with driver retention.”

In response, OOIDA Executive Vice President Lewie Pugh reiterated the Association does represent company drivers as well as owner-operators. Additionally, he said he feels that pursing regulation over shippers and receivers is a losing battle.

“We do represent company drivers as well. That’s part of the independent driver in our name – prior to deregulation,” Pugh said. “Shippers and receivers – there’s no one to oversee them. There’s no oversight. I don’t think anybody in the government has too much of an appetite to start another bureaucracy to oversee shippers and receivers. They probably should, but the political reality of it is it probably isn’t going to happen.” LL 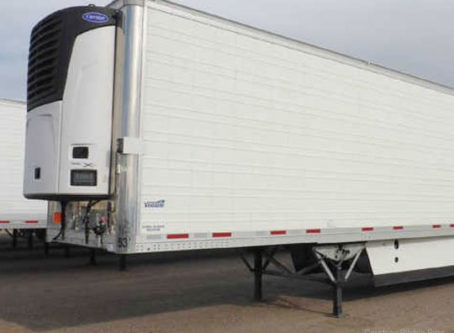 We’re at the starting line for the U.S. domestic produce season now. What does that mean for reefer carriers? Dean Croke with DAT explains.