A group of bills under review at the New York statehouse cover concerns about road safety.

One bill would require the removal of snow and ice from atop vehicles before heading out on certain roadways.

Sponsored by Assemblyman Michael DenDekker, D-Forest Heights, A4197 would permit police to cite truckers and other drivers for failure to act when traveling on roadways with posted speeds in excess of 40 mph. Accumulations must be at least 2 inches of snow or one-half inch of ice.

“The falling of piles of snow and ice from motor vehicles during the winter months has become a major hazard for motorists,” DenDekker wrote in a memo attached to the bill. “This legislation would require each driver to take responsibility to ensure safer roads.”

The bill includes an exception for occasions when snow, sleet or freezing rain falls while the vehicle is in operation.

The Owner-Operator Independent Drivers Association is opposed to rules that permit police to pull over drivers whose vehicles were not cleared of snow or ice. They point out that facilities are not readily available to accommodate clearance mandates on trucks. Another problem is the practicality of requiring people to climb atop large vehicles, and doing it in less-than desirable conditions.

Sponsored by Assemblyman Felix Ortiz, D-Kings, A6908 would adopt a mileage-based system to number interstate exit signs. Ortiz says the numbering system is used by 43 states.

The New York Thruway Authority, in consultation with the state Department of Transportation, would develop and implement a plan to convert the exit numbers to a mileage-based system. Numbering would start at the southernmost or westernmost end of the interstate.

Ortiz says the mileage-based system would improve efficiency in travel and emergency services.

According to the New York State Department of Transportation, the one-time cost to re-number exit signs is estimated at $23.3 million.

To minimize cost, the bill requires that existing roadside and overhead signs be reused when possible.

A separate road safety bill is intended to simplify merging into lanes.

Sponsored by Assemblyman Nick Perry, D-Brooklyn, A2095 would require a driver to yield the right of way to all signaling vehicles attempting to merge into their lane, or attempting to avoid an obstacle in the road.

Passage of the bill would see the state adopt the “zipper merge” method of merging. New York now wants drivers to merge as soon as possible.

The zipper merge method is where drivers use both lanes of travel when approaching a work zone, or when lanes merge together as one lane ends, and waiting until the lane ends before merging one vehicle at a time.

Perry said one of the biggest issues on roadways is overaggressiveness of a driver when they notice a vehicle attempting to merge into their lane.

“In many instances, an overaggressive driver will increase the speed of their vehicle in order to prevent another vehicle from entering their lane in front of them,” Perry wrote.

He added that his bill would help reduce these occurrences.

Sponsored by Assemblyman Joseph Lentol, D-Democrat, A2742 would prohibit left-lane use for vehicles not overtaking or passing a vehicle. The bill would subject violators to fines between $100 and $300.

“This legislation allow police to issue tickets if someone is monopolizing the left-hand lane to the detriment of the flow of traffic,” Lentol said.

Sponsored by Assembly Fred Thiele, I-Sag Harbor, A7932 would require the state DOT to work with the Department of Motor Vehicles to develop a program addressing wrong-way drivers on New York’s interstates.

The legislation gives the agencies one year to come up with a program.

Each of these bills are in the Assembly Transportation Committee. 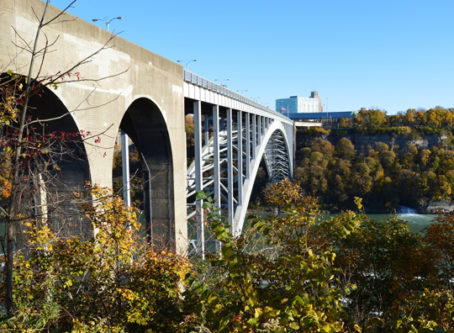