The Connecticut governor and his party’s leaders at the statehouse are united behind a transportation funding plan that focuses on truck-only tolls.

A 10-year, $21 billion funding plan released last month by Gov. Ned Lamont included a toll provision for many car and truck drivers. The Democratic governor’s plan, however, was quickly shot down by members of his own party.

Since that time, Democratic leaders at the statehouse have gotten behind a plan previously pursued by Lamont that singles out trucks for tolling.

Lamont has been active his first year in office to end Connecticut’s distinction as the lone New England state without any kind of tolling program.

Along the campaign trail in fall 2018 Lamont touted a truck-only toll before revising his plan to include an all-electronic toll on all highway users.

In hopes his concessions would appease enough of the Democratic majority to get a toll component enacted, Lamont recently unveiled his updated transportation plan called CT2030.

Party leaders said they would not support a plan to toll constituents. Instead, Senate Democrats opted to support singling out large trucks for new revenue.

Republicans at the statehouse oppose any toll talk. Instead, party leaders in the Senate have gotten behind an alternative to tolls.

The big difference between the plans is the GOP’s reliance on “rainy day” funds to cover costs. Tapping the state’s budget reserves would allow the state to pay off pension liabilities to free up $130 million annually that could be used for transportation.

Republican leaders at the statehouse emerged disappointed after last week’s meeting with the governor and Democrats.

“House Republicans remain dead set against any tolls,” House Minority Leader Themis Klarides, R-Derby, said in a released statement. She added that there are “workable alternatives rather than simply adding more revenue streams.”

“If Democrats don’t want Republican ideas, if they’d rather tax people to death, they should vote on their plan now … They have the majority. Put it up for a vote. Democrats, go for it,” Fasano said.

If Democrats don’t want Republican ideas, if they’d rather tax people to death, they should vote on their toll plan now.

Republicans have shown that we do NOT need tolls or tax increases to improve transportation. Democrats, show us where you stand. https://t.co/UebgIKjcP2

The governor’s office countered the sharp criticism from GOP legislators.

“Today, it became abundantly clear that Gov. Lamont, Senate Democrats, and House Democrats are the only ones looking out for our taxpayers’ best interests and the only ones with a plan that takes advantage of revenue from out-of-state trucks,” said Max Reiss, the governor’s communications director.

Klarides says leaders on the other side of the aisle are trying to fool Connecticut residents with their toll plans.

“The idea that we will only toll trucks or rely on out of state motorists to fund these projects is a fallacy.”

Anyone who thought Pennsylvania does not have enough toll roads is in luck. The Southern Beltway turnpike extension is now open to traffic. 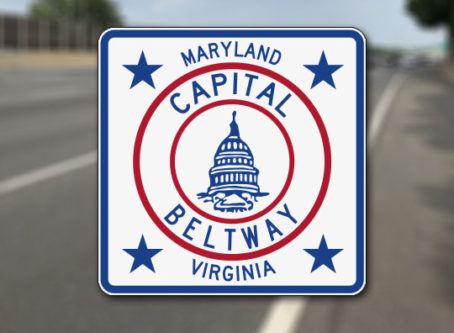 One day after transport officials slightly lowered the Capital Beltway toll range, a report suggests the project will do little to reduce congestion.