Iberville Parish Deputy Louis Hamilton Jr. had the unfortunate job of reading this quote from an incident report to an interviewer from The Advocate: “The woman said, “I bit his balls to get him off of me. I bit his testicles to get him off of me.” I would imagine it was not something he ever dreamed he’d ever be investigating, much less talking about to the media.

(When this is the lead-in to a story, you should assume you’re in the right spot for some extraordinary weirdness.)

Full disclosure: my editors are not all tied up in a closet, and I have not taken over the newsroom commando-style, although this is probably the kind of headline expected from me if that were the case.

This one is sanctioned by the boss, folks. And it’s 100% free of filthy lies. As a matter of fact, I wish I could make this stuff up. Its way beyond my scope of crazy but a delight to report on, nonetheless.

So here we go.

Who remembers Tony the Tiger and the fervor surrounding his rights being violated at the Tiger Truck Stop in Grosse Tete, La.?

Tony has since passed on, and as a patron of the truck stop many times I can tell you Tony wasn’t mistreated, nor did he die of a broken heart. He was old and fat, the things that kill a great abundance of us, but very few tigers in the wild get to be old and fat. I believe he had a fairly livable and decent situation, given the circumstances under which he became the truck stop icon he died as. I do know he was well-loved and always cared for, like all the animals at the Tiger sideshow/truck stop/ fuel stop.

It’s understandable that manager Pamela Bossier was pretty put-out when someone trespassed into Caspar the Camel’s pen and bit him on the private parts.

Caspar is a fairly new installation, he’s been at the truck stop since last summer. Described as a “gentle giant,” Caspar is a dromedary (one-humped) male camel who was fully intact in the breeding sense. No word on if that’s still the case after an unnamed woman trespassed into Caspar’s pen and ended up having to “bite his testicles” to get him off of her.

Apparently this mental giant and her husband stopped at the Tiger Truck Stop to let their deaf dog relieve itself. For reasons that will go unanswered until the lawsuits begin, they neglected to leash the dog. Now I’m not the most astute pet owner in the world, but if I had a deaf dog I’d probably leash it when it may or may not get splatted by a commercial vehicle at any moment because it can’t hear a horn.

But that’s just me, and it gets even weirder.

The husband, who later explains his actions to police with, “I wasn’t thinking,” decided to throw a couple of their dog’s treats into Caspar the Camel’s enclosure.

Because what better way to get your deaf dog stomped to death than to throw one if its treats into an enclosure with a 1,200-pound camel?

(Do these people want their dog to die? Because it really seems like it.)

Of course, the dog followed the treats into the enclosure. And believe it or not, it got worse from there.

According to Deputy Hamilton, when the dog started “interacting” with the camel, the husband and wife went one step further into what-the-hell-is-wrong-with-you land by entering the clearly-marked “NO TRESSPASSING” area to retrieve their dog.

It’s not described how the dog was “interacting” with Caspar but the woman wound up somewhere in the vicinity of the camel’s rear-end, and he sat on her.

At this point of the story we shouldn’t be surprised that her reaction was to bite him on the testicles.

Which brings us back to Deputy Hamilton, who cited the couple for leash law violation and criminal trespass.

“The camel did nothing wrong,” Deputy Hamilton said. 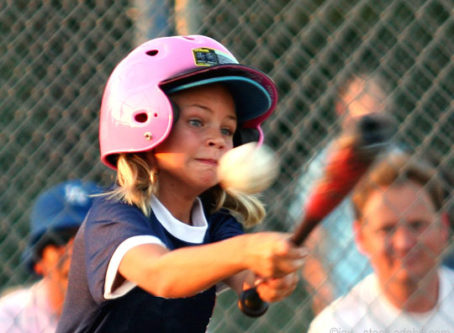