Big Spring, Texas, is the next stop for the OOIDA tour trailer

Marty Ellis and the OOIDA tour trailer are headed to Big Spring, Texas.

The Big Spring TA is on Highway 87 from I-20, Exit 177. There is parking for 108 tractor-trailers there. Fast food is available from Popeyes or Subway, and there is grab-and-go fare in the convenience store.

Big Springs in about 280 miles west of Fort Worth, Texas.

Buzz from drivers in Weatherford

The plan to avoid winter weather by touring Texas with the OOIDA tour trailer didn’t go exactly to plan, Ellis reported. His first night in Weatherford the temperature got down to 18 degrees.

“I was looking for warmer weather, but it’s going to come,” he said.

Two issues really stood out at stops so far in 2022 at Kilgore, Texas, and then Weatherford, Texas, Ellis said. The cost and availability of supplies was one. Drivers also have been discussing the case of Rogel Aguilero-Mederos, the driver whose 110 year sentence for driving his tractor-trailer into backed-up traffic in the Denver area was commuted to 10 years.

He reported talking to drivers who had gotten sick on the road and were having tough times getting COVID-19 tests. NPR and other news sites have reported widespread short supplies of testing, so it isn’t just over-the-road truck drivers.

Supply shortages aren’t limited to COVID tests, though. On Friday’s Land Line Now podcast Ellis said he and other drivers had seen problems with finding tire brands and sizes they needed. Ellis said he had run into that problem with the Spirit of the American Trucker trailer, trying to get eight tires of the right brand and size.

He managed to get the tires he needed from Bauer Built in Kansas City. The managers there warned that tire price increases were coming from suppliers. Prices had increased three times in 2021, they told Ellis, and another round of increases coming in 2022, with one supplier bumping up prices by 20% increase as of Jan. 1.

Ellis said he had run into the same problem with oil.

“I’ve seen the price fluctuate for the brand we use anywhere from $17 a gallon up to $28 a gallon for that semisynthetic oil, and that’s a big swing, and depending where you’re at and depending on availability, it’s getting harder and harder for guys to work with that out here.”

Ellis said he has talked with a lot of other drivers facing the same supply issues.

Opinions of drivers stopping by the OOIDA tour trailer have been a mixed bag regarding the tragic Denver crash and the driver’s sentence, Ellis said, though most people seem to agree that the 110-year sentence was above and beyond.

Ellis said there were many things that went wrong, and many people will never be the same after that tragic crash. No one came out of it a winner.

“We can all arm-chair quarterback, you know. We’re really good at that, but most of us think we would have made different decisions, and I sure as heck pray that I would have,” Ellis said on Land Line Now. “But we really need to put that spotlight back where it belongs, like on our training.

“We’re not training these guys to get out there and know what to do in that emergency, because your mind is going a million miles an hour even if you’re going slow, back up a hill and you hear a crunch, OK? So can you imagine going down a hill at 85 mph with no brakes?”

If you see OOIDA’s tour trailer, stop by and say hello. Ellis looks forward to visiting about the Association’s activities and current issues. There are copies of Land Line Magazine to pick up there. You can join or renew your membership for $10 off the regular price at The Spirit. Face masks are available at The Spirit for anyone with a commercial driver’s license. 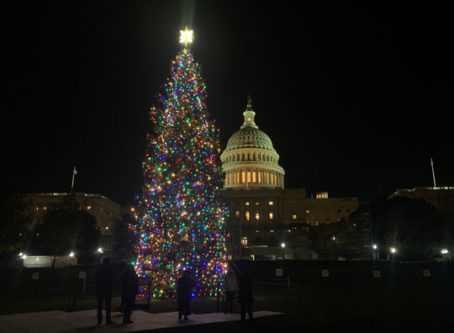 Christmas tree makes it to the capitol

The U.S. Capitol Christmas Tree is on display thanks to six truck drivers. We’ll report on its journey from California to Washington, D.C. 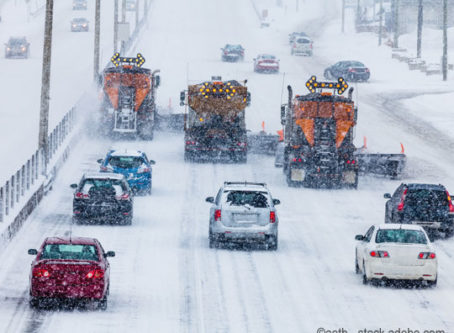