The attorney for a Missouri trucker accused of reckless homicide in a July crash that killed an Indiana mother and her twin toddlers is asking for a competency hearing to determine his client’s fitness to stand trial.

Jack Crawford, an Indianapolis attorney, filed a motion on Aug. 23 with the Marion County Superior Court in Indianapolis seeking a psychiatric examination of his client, Bruce Pollard.

Crawford reportedly told the Indianapolis Star that his client may be suffering from mental illness, and that Pollard suffered a traumatic brain injury four years ago. He has not responded to a request for comment from Land Line.

According to reports, Pollard was driving a tractor-trailer on July 14 faster than the posted speed limit in an active work zone on Interstate 465 in Indianapolis when his truck collided with the rear of a line of vehicles. The crash caused a fire that resulted in the death of Alanna Koons, 29, and her 18-month-old twin daughters. Seven other people were hospitalized.

The Federal Motor Carrier Safety Administration declared Pollard an imminent hazard and revoked his CDL on Aug. 2. According to the news release accompanying the order, FMCSA investigators found that Pollard had been disciplined and later terminated in April by his previous employer for repeated instances of unsafe driving.

It is a violation of U.S. Department of Transportation and FMCSA regulations to make fraudulent or intentionally false statements on a federally required, safety-sensitive document.

Next, OOIDA’s tour trailer stops in New Paris, Ohio, where skipper Jon Osburn wants to hear from drivers and share updates from OOIDA HQ with them. 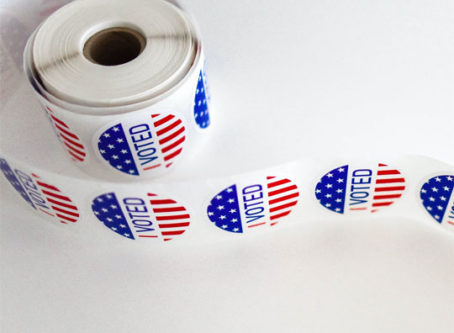 More than a dozen states make changes to absentee voting

Concern about voters safely being able to fill out ballots for upcoming elections has spurred states all over the map to simplify absentee voting rules.