Prime Insurance is blaming its attorneys for losing a lawsuit with one of its trucking company clients involved in a multiple-vehicle crash.

On July 15, Prime Insurance filed a lawsuit against Degan, Blanchard and Nash alleging malpractice. The law firm represented the insurance company in a truck-involved crash lawsuit, which it lost. Among the allegations are failure to timely obtain expert opinions, failure to timely/adequately address evidentiary issues at trial and failure to timely or adequately communicate with clients.

While traveling on I-210, Thompson changed lanes. According to the malpractice lawsuit, Thompson checked for other vehicles in the right lane. However, while checking for other vehicles, the vehicles in front of him came to an abrupt stop. Consequently, Thompson rear-ended a 2013 Buick Enclave. Due to the collision, the Buick collided with a 2012 Lincoln Navigator in front of it. Thompson’s truck ended up swerving into the right lane, where it sideswiped a Ford F-150. That collision caused the F-150 to crash into a 2014 Toyota Corolla. Thompson’s truck continued to move a short distance, crashing into a 2015 Dodge Ram.

The F-150 driver filed a lawsuit in a Louisiana state court in September 2017, followed by a lawsuit filed by the Buick driver in November 2017. A third lawsuit was filed by the Lincoln driver in December 2017. The latter two lawsuits were consolidated. All three lawsuits named Prime Insurance, Thompson and Terry Graham Trucking as defendants.

According to Prime Insurance’s malpractice lawsuit, the claim from the F-150 has not yet been tried. The claim with the Lincoln driver was tried on Oct. 7-9 last year, which the plaintiffs won. Prime Insurance has appealed that case.

In its lawsuit, Prime Insurance alleges the law firm did not timely and adequately:

Prime Insurance claims the law firm’s alleged substandard conduct led to damages in the Lincoln driver’s jury verdict, increases in attorneys’ fees in defending the insurance company in the other cases, and a bad-faith effort to settle the claim by Terry Graham Trucking. Considering cases are still pending, Prime Insurance does not know the full extent of damages to arise from the alleged malpractice.

However, an appeal is still pending for the lawsuit that Prime Insurance lost. It is still possible that the jury verdict is reversed and remanded back to the court. If the appeal is unsuccessful, Prime Insurance claims it would be “solely due to the fault of” the law firm.

On July 17, a motion to stay was filed with the court. None of the cases have reached a final judgment. One case is under appeal and two others have not yet been tried. On July 21, the court granted the stay. The malpractice lawsuit is on hold indefinitely until the three lawsuits at the center of the case have reached final judgments. 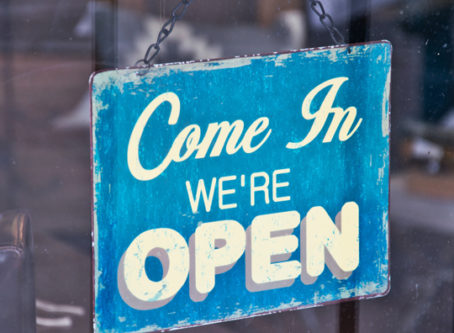 Jon Osburn tracks where to find an open truck stop restaurant as he fields questions about broker transparency, detention time and COVID-19.

Federal prosecutors want the U.S. Court of Appeals to restore the convictions of three individuals in the Pilot Flying J rebate scheme.

New Prime on hook for $16.5M for fatal multi-vehicle crash

A Texas appeals court denied New Prime’s challenge of a $16.5 million verdict finding the company responsible for another trucker’s death.