Oregon wants to toll portions of Interstate 205, but it wants feedback from the public first.

On Aug. 3, the Oregon Department of Transportation launched an online survey that seeks public comment on five preliminary alternatives for tolls on I-205 around the Abernathy Bridge. Comments are due by Sept. 16 and can be submitted through the survey here.

Alternative 1 is a toll on the Abernathy Bridge, which ODOT considers simple to understand and implement. This option has limited ability to manage traffic demand and focuses on diversion through Oregon City.

Alternative 2 is essentially the same as the first alternative but with tolling gantries off the bridge. The design will limit diversion of through trips on I-205.

Alternative 3 would individually toll multiple bridges to be rebuilt. Those tolls would go on reconstructed bridges over Tualatin River and Willamette River. This would involve a split toll amount between two locations. Through trip will pay more than local access trip.

Alternative 4 is a segment-based toll from Stafford Road to OR 213. For this option, tolls would be split across four segments. The amount paid would depend on the number of segments traveled. ODOT considers this option the most flexible for traffic operations management. However, the state also believes this method has a more complex pricing structure to communicate to users.

Alternative 5 involves a single-zone toll from Stafford Road to OR 213. Unlike Alternative 4, this option would have one toll rate for all trips entering the toll zone.

Below is a graphic from ODOT comparing the alternatives. 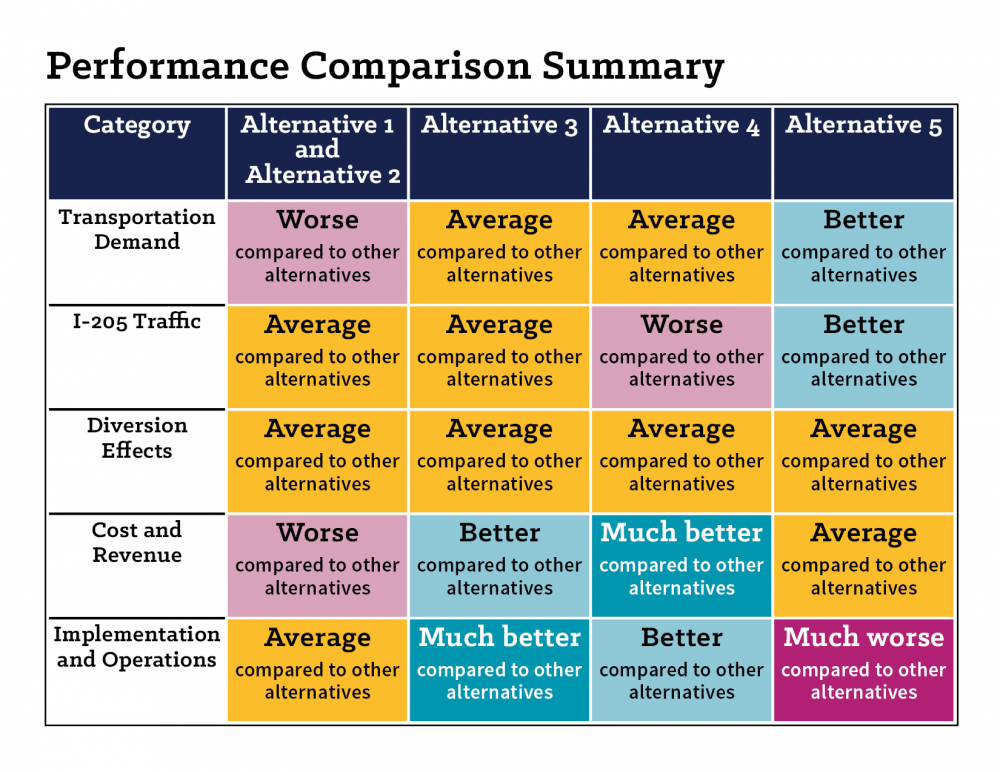 “We know tolls on I-205 will be a big change for our community, which is why it’s so important to share your opinions now,” Lucinda Broussard, ODOT toll program director, said in a statement. “Your comments about how tolls affect you and your community are critical to inform how we add tolls to the highway and which alternatives to study in the next phase of analysis.”

“Tolls are the worst tool in the toolbox to pay for roads, with a long list of drawbacks. Any tolling project will hurt the Oregon City and West Linn communities as drivers avoiding the toll gum up local roads, increasing congestion and accidents in nearby neighborhoods and disrupting the local economy. Not all drivers have access to electronic toll collection and will be charged even more for violations and processing, making tolls an inequitable road-funding option – and an unreliable one with the rise of telecommuting in response to the COVID-19 pandemic. Tolls are also incredibly wasteful, with operations taking as much as a third of every dollar collected away from roadwork. For these reasons, tolls are wildly unpopular and should be abandoned by ODOT for the Abernathy Bridge.”

This comment period is just the first of several to come. The Federal Highway Administration will not decide which alternative to implement until 2022. According to ODOT, tolling can begin as soon as 2023.

I-205 is not the only interstate Oregon wants to toll.

An Interstate 5 Toll Project is also in the works. Both projects are to manage congestion and generate revenue to fund bottleneck relief projects. In 2017, House Bill 2017 allocated hundreds of millions of dollars to address congestion in the state, with a focus on the Portland metro area. That bill also directed the state to implement tolls on I-5 and I-205 in the Portland area. 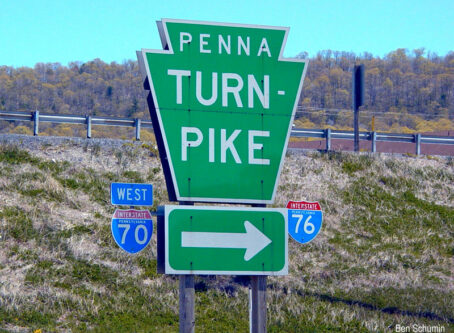 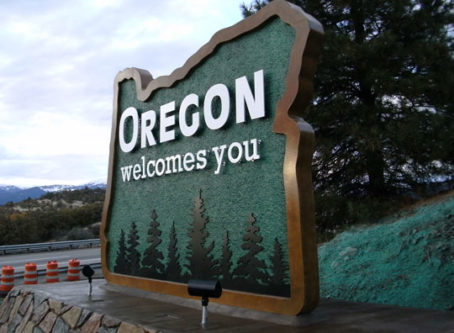