San Antonio is special among cities where OOIDA’s tour truck is visiting this year in that it is the only city where the Spirit of the American Trucker is scheduled for two consecutive stops.

What’s more, the two stops are less than 2 miles from each other. When Jon Osburn, skipper of The Spirit, moves from the San Antonio Petro to the San Antonio TA, he’ll be able to take the frontage road all the way.

Osburn and The Spirit are scheduled to be at the Petro on Feb 16-18. The San Antonio Petro is at the Ackerman Road exit from I-10, Exit 581.

Roads are a mess

The National Weather Service issued a winter storm warning for the Houston-Galveston and Austin-San Antonio areas this morning.

On Monday morning, the temperature was 13 degrees in San Antonio. Normally, the low in February is 46 degrees, according to Current Results Weather and Science Facts. San Antonio highways were closed because of ice on Sunday.

Here is a map of San Antonio road closures from the Texas Department of Transportation. A crawling message banner on the website warns that page loading may be slower because of increased interest. The Texas DOT operates the Drive Texas website to show highway conditions across the state.

On the way from the OOIDA’s tour trailer’s stop in El Paso, Texas, to Laredo – the two stops before San Antonio – Osburn visited the Judge Roy Bean Visitor Center in Langtry, Texas. It is on State Loop 25 just off U.S. 90. It is an easy stop to make and there is the Lillie Langtree Ice Cream Parlor there to boot.

Judge Bean became famous for administering rough Wild West justice. Bean held court in his saloon, the Jersey Lilly, which he named for a British actress who happened to have the same last name as the founder to the town though they were not related, according to an account at Atlas Obscura.

Judge Bean’s reputation was burnished in a 1972 movie, “The Life and Times of Judge Roy Bean” that starred Paul Newman as the judge. There also was a syndicated television series titled “Judge Roy Bean” in the 1950s.

Bean died in 1903. Here is a remembrance on History.com.

The Texas Department of Transportation maintains the Judge Bean rest stop in Langtry. 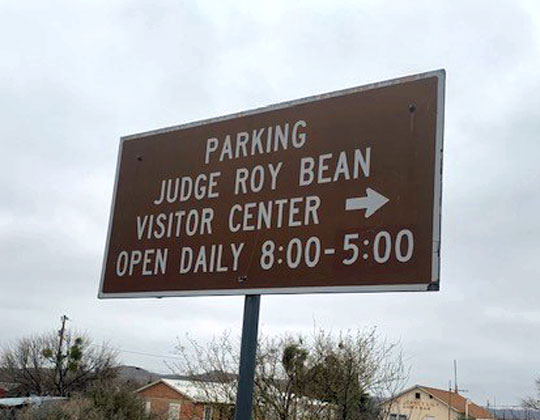 If you see OOIDA’s tour trailer, stop by and say hello to Osburn. He enjoys visiting about the Association’s activities and current issues. He usually has copies of Land Line Magazine to hand out. You can join or renew your OOIDA membership for $10 off the regular price there. Free face masks are available for anyone with a commercial driver’s license at The Spirit. You also can get forms for drivers without medical insurance to get flu, shingles and pneumonia vaccine vouchers at The Spirit.

After San Antonio, The Spirit is scheduled for Texas stops in Beaumont, Hillsboro, Carl’s Corner and Terrell. 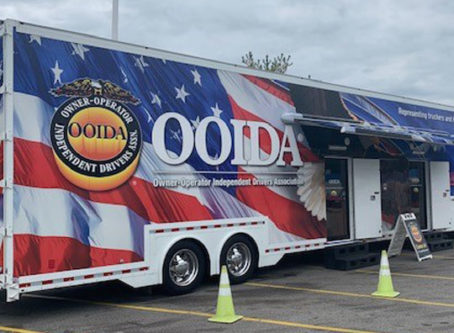