Representing OOIDA, Paul Cullen Sr. called Indiana’s tolls on truckers discriminatory. Specifically, a 35% increase in truck tolls creates an undue burden. The Commerce Clause, according to the lawsuit, “imposes limitations upon the authority of states to undertake measures that create an undue burden upon, or that discriminate against, interstate commerce.”

In 2018, Indiana tolls for trucks increased by 35%. Cullen said it could be argued that the truck toll rate adequately represented trucking’s fair share of costs. However, the large toll increase was not justified by any increase in costs of trucks using the road, causing an undue burden.

During oral arguments, the court asked Cullen if Indiana tolls are excessive compared to benefits received, why would drivers continue to use the toll road when they have other options? In other words, the free market acts as a self-correcting system. Cullen argued that alternate routes were never considered in previous cases. Regardless, there are many reasons why a driver would choose to use the turnpike, including superior roads and safety.

OOIDA also challenged the distribution of Indiana toll revenue. That money goes to counties through which the toll road runs. However, OOIDA argued that toll revenue should fund only projects that are functionally related to the turnpike.

“When the state furnishes a toll road in exchange for money, it provides an asset, which is a faster route while other routes remain available,” Estrada said.

In contrast to OOIDA’s arguments, Estrada argues that the availability of alternate routes is relevant in this case. It is that freedom of choice, Estrada said, that makes the state a market participant and not a regulator.

Using an analogy, Estrada said a tax on funerals would the “epitome of regulation” since dying is unavoidable. Therefore, a tax on funerals cannot be a part of market participation since it essentially forces citizens to pay it. However, when the state acts as an owner and creates an asset that it leases to a private company, you have market participation. Because no one is forced to use the toll road, it cannot be considered regulatory in nature.

When asked what if alternate routes were to become so deteriorated to the point that trucks cannot drive on them, Estrada argued that this is less about options and more about whether there is an element of regulatory coercion. When it comes to Indiana tolls, he argued, there is no coercion at play.

According to OOIDA’s complaint filed in January 2019, Gov. Eric Holcomb’s announcement of the Next Level Connections program would use $1 billion paid as consideration for the Indiana Toll Road Concession Co.’s right to extract increased tolls from motor carriers and truck drivers to fund a variety of projects throughout the state.

Those state projects included $100 million “to bring high-speed, affordable broadband access to underserved areas,” $90 million for hiking, biking and riding trails, $600 million toward the completion of I-69, $190 million for various highway projects, and $120 million to add more nonstop flights at the Indianapolis airport.
OOIDA claims that the Next Level Connections program shifts the burden for much of Indiana’s infrastructure costs from the citizens of Indiana to truck drivers who use the toll road.
OOIDA also contends that Indiana can’t evade its constitutional obligations to users of the toll road by entering into a public-private partnership allowing an entity other than the state to fix and collect the tolls.

More details about the lawsuit can be found here. LL

Truck parking bill – what will it cost?

What does it cost to make progress on truck parking? A federal watchdog agency has an estimate. We’ll explain what it is and why it matters. 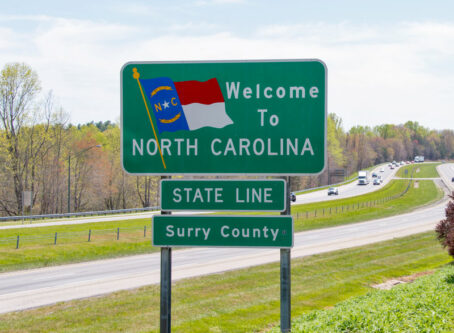 The Charlotte Regional Transportation Planning Organization has some more questions it wants answered regarding proposed I-77 toll lanes. 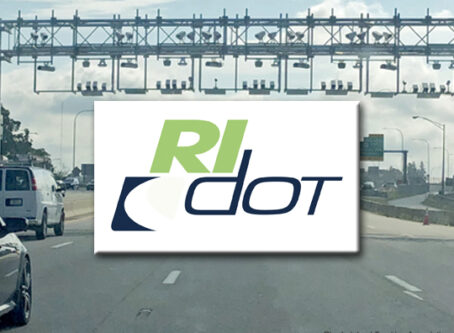 Rhode Island files appeal of a federal court’s decision against the state’s truck-only toll plan. State yet to comment on legal basis for the appeal.