I-20 takes The Spirit across Louisiana to Tallulah

From one side of the state to the other, OOIDA’s tour trailer is scheduled to travel 170 miles across upper Louisiana from Shreveport to its next stop in Tallulah.

Jon Osburn, skipper of the Spirit of the American Trucker tour trailer, is scheduled to be in Tallulah, La., on March 6-8. He will be stationed at the Tallulah TA Travel Center at the junction of I-20 and U.S. Highway 65, Exit 171 from I-20.

The Tallulah TA has a135 parking spots for trucks. It is across U.S. Highway 65 from a Love’s Travel Stop. Just north on U.S. 65 is the Tallulah Truck Stop. Also just north of U.S. 65 is Knock Out BBQ, which has some pretty good reviews on TripAdvisor.com.

Tallulah is about 20 miles from Vicksburg, Miss., and the Mississippi River.

Though it looks tough for a truck to get to, between Tallulah and Vicksburg is a national military park dedicated to Grant’s Canal.

In 1862, Union forces began clearing the way and digging a canal to divert water and traffic on the Mississippi River away from Confederate stronghold Vicksburg. The plan would have left Vicksburg high and dry without firing a shot. Digging the canal was arduous, though, and the project was abandoned in favor of a different strategy. Only a small segment of the canal remains.

Tell it to them straight

In Shreveport, drivers were interested to hear about Lewie Pugh, OOIDA executive vice president, heading back to Washington, D.C., to inform federal authorities about how regulations affect the drivers behind the wheel of America’s commercial vehicles. Pugh is taking part in Federal Motor Carrier Safety Association’s Trucking Safety Summit on March 19.

“The drivers are hoping Lewie tells it to them straight like he did in February,” Jon said.

In February, Pugh was one of five witnesses testifying during the “Keep on Truckin’: Stakeholder Perspectives on Trucking in America” hearing for the U.S. Senate Transportation and Safety Subcommittee.

“Most truckers don’t wear suits on a daily basis,” Pugh told lawmakers in D.C. in February. “They don’t have advanced degrees in engineering or economics, but they know trucking. Truckers aren’t the problem. They are the solution, and Congress should treat them accordingly.

Take a few minutes to check in

If you pull in somewhere and see The Spirit tour truck, stop by and say hello to Jon. He enjoys visiting about the Association’s activities and current issues. You can join or renew your OOIDA membership for $10 off the regular price there. Also, you can get vouchers for flu, shingles and pneumonia vaccines from Jon.

After Tallulah, The Spirit is scheduled to stop March 9-12 in Jackson, Miss. Here is the schedule. 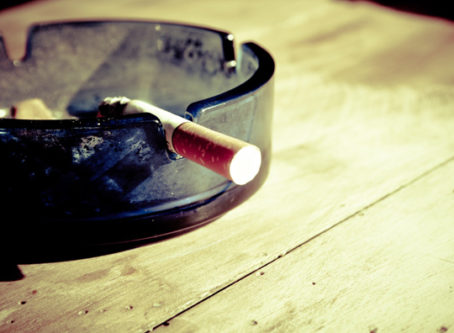 Making a bad habit go up in smoke

Chantix was introduced years ago to help people quit smoking cigarettes. So how well does it work? We’ll take a look. Also, the OOIDA Board is in town.

Next, OOIDA’s tour trailer stops in New Paris, Ohio, where skipper Jon Osburn wants to hear from drivers and share updates from OOIDA HQ with them.