A Texas state court of appeals has reversed a trial court’s nearly $32 million judgment against FTS International Services and one of its truckers after finding the damages award excessive. The reversal further reduces a historic initial verdict of more than $100 million, undermining the intended impact to the trucking industry.

On Aug. 26, a panel for Texas’ 12th District Court of Appeals reversed a lower court’s nearly $32 million jury judgment against FTS International and Bill Herbert Acker, a driver for FTS International. The large verdict was awarded to Joshua Patterson, who filed a lawsuit against the company and the driver for allegedly causing a crash while Acker was high.

The $32 million judgment being contested is a fraction of the initial nine-figure verdict that made national headlines. The large verdict was intended to send a message to the trucking industry. However, the new trial based on excessive damages can bring that reduced amount down even further, having the potential of an unintended consequence of sending a message to trial lawyers filing lawsuits against trucking companies.

Acker’s dashcam footage reveals that he took his hands off the wheel, which resulted in the truck moving into Patterson’s lane. Acker was driving about 44 mph, while Patterson was traveling at about 40 mph.

No injuries occurred. Patterson told the responding officer “that he was unhurt, felt fine, and he had no cuts, abrasions, or other visible injuries,” according to the appellate opinion. Acker was cited for failure to control his speed. He later pleaded guilty to that charge.

Due to the lack of severity of the crash, both men were released from the scene. Patterson was able to drive his pickup truck to where he was headed before the crash occurred.

Patterson said he began experiencing pain in his neck the night of the collision. Over a few years, this led to several medical procedures and at least two surgeries. From the time of the crash through at least October 2016, Patterson continued to work as a crane operator. Four months after an October 2016 surgery, FTS International captured surveillance of Patterson performing normal activities, including picking up his 50-pound daughter and carrying her on his back. Despite these observations, Patterson turned down lighter work duty and claimed he was incapable of working in the future. His doctors agreed with that assessment. Instead of providing requested documents to his employer, Patterson resigned.

After filing a lawsuit against FTS International, the case eventually came down to a seven-day jury trial. In July 2018, the jury awarded Patterson more than $100 million. The extraordinary amount sent shockwaves through the industry. The National Law Journal listed the verdict in its Top 100 Verdicts of 2018.

However, the trial court applied a damages cap calculation. In November 2018, the more than $100 million judgment was reduced to nearly $32 million. FTS International filed a motion for new trial, calling the reduced amount excessive.

In addition to the excessive judgment, FTS International also said it received an anonymous letter after the trial stating that Patterson was not actually injured in the accident but at his prior place of employment, and that he bragged that he was “gonna squeeze a bunch of money out of this fender bender,” according to the appeal. Also, Patterson’s attorney allegedly told him not to return to work to increase the value of the case. Furthermore, FTS International claimed that Patterson’s attorney continued to pay all of his bills. The trial court denied the motion for retrial, which FTS International appealed.

In its appeal, FTS International raised seven issues. Of those issues, the appellate court sustained only one: excessive damages.

When deciding on the issue, the appellate panel pointed out statements made by Patterson’s attorney to the jury. In opening statements, the attorney said this case is the most important the court has seen in decades and has the ability to change the industry:

“This case is important. The reason we know it’s important, I promise you there’s many people in this courtroom because they want to see what your verdict is. They want to see does this verdict change an industry.

Ladies and gentlemen, I submit to you that by the end of this case, when you’ve heard all the evidence, there’s one thing that’s going to resonate and resonate, resonate, why are we here. It’s because you have to stop them. Because I can’t. Only through your diligence, only through your hard effort of listening to the evidence, seeing through what happens on the witness stand is justice going to be heard.”

Based on the importance of the case, the attorney also told the jury it should send a message to FTS International and the trucking industry as a whole.

“But at the end of this case based on the evidence that comes from that witness stand I’m going to look at you and I’m going to ask you to award up into the tens and millions of dollars, into the tens of millions of dollars because that’s the only way to stop it,” Patterson’s attorney told jurors. “And as I said, despite all these people in this room, it takes a jury like it took them in Marshall, Texas, to stop the asbestos industry, to stop the trucking industry, say, guess what, start paying attention to your own rules, you got to police yourself, and if you don’t we’re going to do it for you.”

The appellate court noted the low severity of the crash.

“Damages must reasonably compensate Patterson for the harm he actually suffered as a result of this relatively minor collision,” the court said.

“In light of the fact that the force from the impact of the collision was not objectively severe, and this relatively sparse and equivocal testimony concerning Patterson’s noneconomic damages, we can only conclude that the evidence is insufficient to justify such a massive $24 million award in noneconomic damages,” the appellate panel said.

Regarding the $6 million award for mental anguish, the appellate court was not satisfied with that either.

“Patterson’s testimony that ‘it kind of bothers him’ that he needs assistance to perform tasks, and the fact that he still gets a relatively good amount of sleep and can often perform daily tasks does not satisfy the high standard for mental anguish to justify the $6 million mental anguish award,” the panel said.

The appellate court did not address FTS International’s claims regarding Patterson and his attorney’s alleged misrepresentation of his ability to work. With a new trial already granted based on excessive damages, such evidence can be submitted then.

President Biden has nominated Meera Joshi as the new head of the FMCSA. We’ll go over what we know about her background and experience. 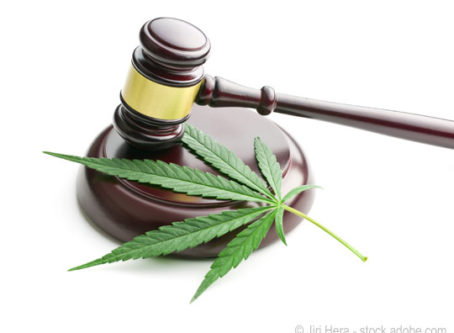 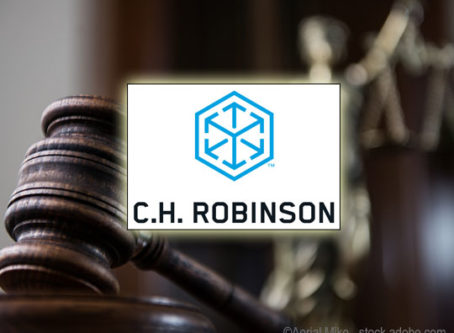