The Federal Motor Carrier Safety Administration has determined that Washington’s meal and rest break rules are preempted by federal rules.

FMCSA’s determination is scheduled to be published in the Federal Register on Tuesday, Nov. 17.

The notice was in response to a petition submitted by the Washington Trucking Association requesting a determination that the state of Washington’s meal and rest break rules are preempted as applied to property-carrying commercial motor vehicle drivers subject to FMCSA’s hours-of-service regulations.

In its petition, the Washington Trucking Association noted the FMCSA’s previous determination that California’s meal and rest break rules were preempted by federal rules and said that the same preemption should apply to Washington’s rules.

The Washington Trucking Association petitioned FMCSA in April 2019. Washington law requires employers to provide employees with a meal period of at least 30 minutes for every five-hour period and a 10-minute break for every four-hour work period.

The rules are similar to California’s meal and rest breaks laws, which FMCSA said in December 2018 were preempted.

The determination, which was specific to California’s meal and rest break laws, said that the California rules were “incompatible” with federal regulations.

“Safety is FMCSA’s top priority and having uniform rules is a key component to increasing safety for our truck drivers,” then-FMCSA Administrator Ray Martinez said when the California determination was announced. “During the public comment period, FMCSA heard directly from drivers, small-business owners and industry stakeholders that California’s meal and rest break rules not only pose a safety risk but also lead to a loss in productivity and, ultimately, hurt American consumers.”

“Given the similarity between Washington and California’s meal and rest break rules, the agency’s analysis of California’s rules in its recent preemption order applies equally to Washington’s,” WTA wrote in its petition. LL 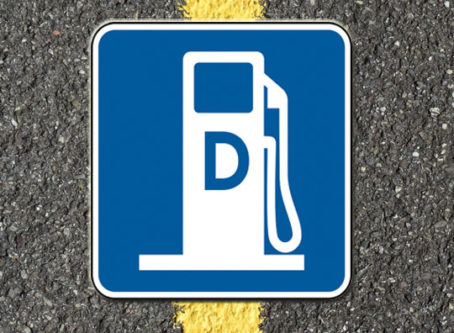 Diesel supply – reason for worry or not?

News reports saying the U.S. has only 25 days’ worth of diesel fuel have some in trucking nervous. But is all that nervousness justified?

Research to look into driving behavior around commercial motor vehicles

Funded by an FMCSA grant, new research will look into the driving behaviors of motorists around commercial motor vehicles.