Pedigree of a Peterbilt and things that buzz, bite and stab

Can a Peterbilt become part of the family? Senior OOIDA member Kerry “Sweet” Sevin and his wife, Sundy, think so. Also, are there really giant crawdads in Rockwall, Texas? Maybe not, but there’s definitely a Dr. Moreau-esqe monkey-only island off the coast of South Carolina.

And that’s not a filthy lie. Read on.

“Honey, this Peterbilt followed me home.

Can we keep it?

Kerry “Sweet” Sevin was familiar with the 1981 359 Pete standard-hood long before he and his wife, Sundy, got together. Sweet’s dad, “Big Joe” Sevin, had one just like it he bought new in 1980. Big Joe and his friend, Earl Schwab Sr., took their brand-new Peterbilts to Acme Truck Lines in Gretna, La., and leased on to haul oil field loads that were abundant through the early ’80s.

Sweet spent his childhood studying trucks. All he ever wanted to do was drive one for a living.

“He’s a fanatic. He knows everything about every truck we pass. You tap the side of his head and little trucks fall out,” Sundy says.

It’s not surprising he carried on the Sevin family trucking tradition. That’s not the strange part. It’s not even strange that Sundy Sevin’s maiden name was Schwab, and Earl Schwab Sr. was her grandpa. The Sevin and Schwab families have lived and worked farms and trucking for many years in the Labadieville, La., area. The families have known one another for generations.

Earl Schwab Sr. passed away in 1983. His beloved Pete exchanged hands a couple times. “Earl Schwab Trucking” lettering on the side doors was covered with a new paint job from the second owner, but the truck never strayed too far from Labadieville.

Sweet, being the truck encyclopedia he is, always kind of kept up with the truck. He knew it was Earl’s truck, but Sundy had her doubts.

“We’d pass it and he’d point and say, ‘There goes your grandpa’s truck,’ but I wasn’t entirely sure,” she said.

The old Pete sat for many years, and finally, when the price was right, Sweet bought it.

“It was in rough shape,” he said, “but we jumped the battery, checked the fluids and all, drove it home. Sundy still didn’t believe it was her grandpa’s truck, but I was pretty sure.”

Lo and behold, they got the truck home, started pressure washing door panels, and the paint came away. “Schwab Trucking” lettering, hidden underneath for more than 30 years saw the light of day and confirmed that Sweet was right about it being Mr. Earl’s truck.

Upon further cleaning, Sundy discovered the metal VIN plate issued to her Grandpa Earl in 1981. His name and address was stamped right in it, plain as day. Ready for the strange part?

That doggone ol’ Pete found its way back to within 2 miles from its original home. It’s living with family that has known it and loved it since childhood. They named it “Earl,” in honor of her grandpa, and it’s currently used as Sweet’s daily money maker.

And according to Sweet and Sundy Sevin, that’s where it will stay.

Each state has its own special version of horrific death

they fail to mention in colorful travel guides peppering

rest area walls. Some things are expected, like bears in Montana or rattlesnakes in Texas, but personal experience is required to be in-the-know about things like death-by-Missouri-black flies. (At least that’s what I call them, and it’s not something the Show Me State wants shown much.)

Here’s the “inside information” part: Missouri black flies don’t eat your flesh, they just make you so miserable you immerse yourself in boiling radioactive waste because it’s more comfortable than their constant nagging. They also arrive in cloud formations approximately the size of Mount Everest.

Fleeing the state won’t help, because there’s always one left in the cab of the truck that appears the second you close your eyes to go to sleep. We have carried the same Missouri black fly in our cab since 2015. If the truck burns to ashes, I guarantee you that dang fly will buzz out of the pile, unharmed, and make its evil den in our new truck.

The USA is a vast and extremely diverse country. Three million square miles within the borders encompass everything from islands to deserts. There are even deserted islands and, just for fun, islands inhabited solely by monkeys.

For instance, Morgan Island, located off the coast of Beaufort, S.C., is inhabited only by monkeys that have been previously used for scientific research. I would imagine these simians are most likely very angry about being used for research. I have it on good authority they use the private primate pacification island as their base from which to stage the beginnings of a real-life version of “Planet of the Apes.”

Let’s just say if you’ve booked a three-hour coastal island tour that includes this paradise for angry-things-with-thumbs-and-sharp-teeth, industrial-sized Band-Aids and shirts with long sleeves (preferably made of chainmail) are a must-have.

(It’s widely rumored the evil flying monkeys in “The Wizard of Oz” originated on Morgan Island, but that might be a filthy lie.)

And as far as unadvertised death-by-snake goes, Great Lakes border states Ohio, Michigan, Pennsylvania and New York get the outstanding honor of, “Oh, hell no.”

These states host beaches positively slithering with Lake Erie water snakes, which closely resemble a demon straight from hell and are roughly the size of a nuclear submarine.

The horrendously large and terrifying creatures aren’t venomous and are apparently very angry about it. Much like aforementioned Morgan Island monkeys, pent-up anger causes them to be extremely aggressive and bitey. Herpetologists theorize if these snakes had arms, hands and thumbs, the Lake Erie water snake would also be stabby and probably punch human babies for fun.

(Side note: this will be argued as a filthy lie, because Lake Erie water snakes are on the “threatened” list of “things that bite you repeatedly and with great vigor” in Ohio and Michigan. But really, when something lurks in the shallows and bites the sin out of you, who’s threatening who here?)

These snakes don’t kill with venom. You either drop dead of a heart attack when you look down and see a huge snake gnawing on your ankle or you die of exsanguination from 700 rapidly delivered nonvenomous snake bites. (FYI, the screaming causes you to bleed out faster, so at least it’s a quick death. Yay.) LL 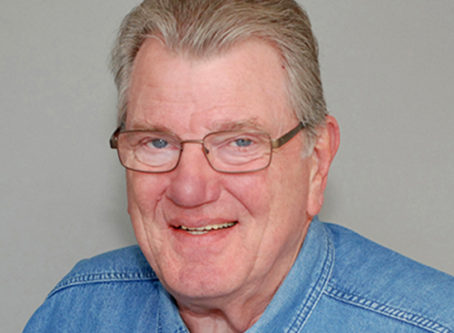 Know your board: Meet Bob Esler

OOIDA Board Secretary Bob Esler brings a half-century’s worth of trucking experience to the Association. 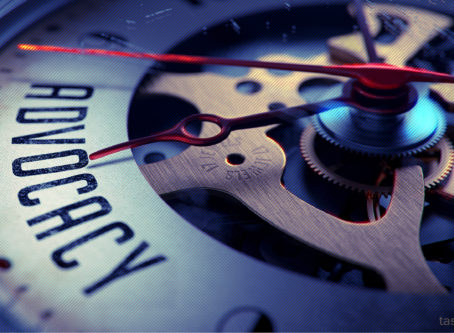 The professional work of the Owner-Operator Independent Drivers Association that includes behind-the-scenes efforts on countless issues, educating lawmakers through testimony and grassroots meetings and recognizing the support of lawmakers who go to bat for small-business truckers. 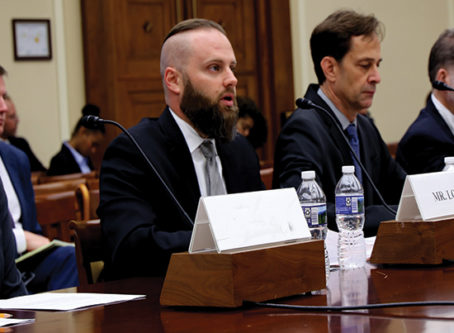 The emotional stages of advocacy

OOIDA’s Collin Long gives a first-hand account of The Association’s advocacy in action, as he recalls testifying during a House hearing on glider kits. 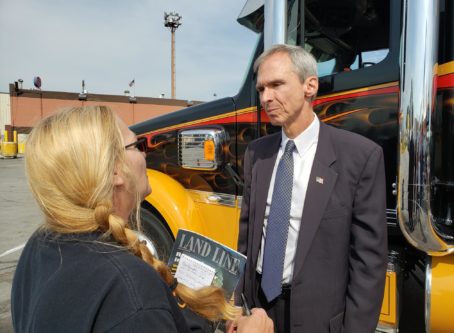 An unexpected moment with Rep. Lipinski

You never really know who you might run into when attending a trucking-related event. 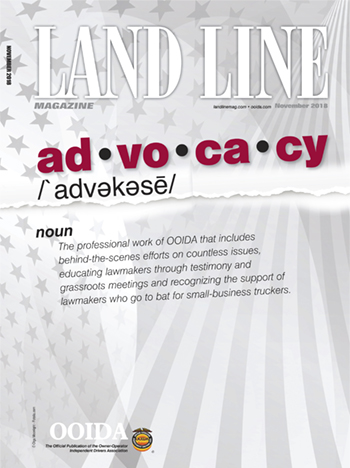