Happy Thanksgiving! Before getting started with this month’s The Parking Zone, now is a good time to thank all the men and women out on the road during the holidays, ensuring the economy keeps moving. Several truck stops are showing their appreciation with free Thanksgiving meals for the road warriors out there. Land Line has a list of some of those locations here.

According to the Chicago Tribune, Food N Fuel is proposing a truck stop at 7451 183rd St. in Tinley Park, Ill., not far from Interstate 80. In order to install up to 10 video gambling machines, the business needs to qualify as a fuel stop.

The Illinois Gaming Board defines a truck stop as a business “within three miles of a highway interchange, be on a site of at least 3 acres and sell more than 50,000 gallons of diesel fuel, or a diesel equivalent, each month,” according to the report.

Gambling revenue may not be the best reason to erect more truck stops, but at this point we’ll take any excuse necessary.

Someone wants to build a truck stop in Salida, Calif., but many residents do not want it.

According to this online petition, hundreds of residents in Salida are opposing a truck stop at the intersection of Hammett Road and Pirrone Road off of U.S. Route 99, also known as the Golden State Highway. As of publication time, more than 600 people had signed the petition.

So far, plans are on hold. Stay tuned.

The saga of a future Love’s Travel Stop in Ramsay, Mont., has not slowed down. As mentioned numerous times in The Parking Zone, Ramsay residents are leaving no stone unturned when it comes to stopping Love’s from setting up shop in their town.

The latest news comes in the form of an appeal in a Butte district court. The Montana Standard reports that an attorney representing residents filed an appeal to a decision allowing Love’s to sell alcohol in a casino.

Since residents unsuccessfully attempted to stop the truck stop from being built in the first place, they are now throwing Hail Marys in an effort to delay what appears to be the inevitable.

Construction has not been scheduled yet, but it is only a matter of time.

While some towns struggle to approve of a truck stop, one county in Florida had no problems whatsoever.

The Hernando County Commission unanimously approved of a truck stop at the Interstate 75 and State Road 50 interchange, according to the Tampa Bay Times. The new Race Trac will include 26 fueling stations for cars and six for trucks.

According to the report, this will be the county’s “first real truck stop.”

It is not clear exactly how many truck parking spaces will be available. However, we do know that the back of the property will include 5 acres specifically for truck parking.

It is hard to believe that a truck stop can close its doors considering the demand for them. In some circumstances, it is just time.

For Don and Randy’s Truck Station in Lincoln, Neb., that time is now. According to the Lincoln Journal Star, the truck stop between Interstate 80 and U.S. Route 6 is officially closed.

Randy Shoemaker has been running the business solo after his father, Don, passed away earlier this year. He has decided it is time to retire.

Considering the property is listed for sale at $3.4 million, it may or may not continue to be a truck stop.

Interstate 90 is a busy corridor, and it’s about to get some much needed parking spaces.

The Columbia Basin Herald is reporting that Love’s Travel Stops is slated to begin construction of a new location in Moses Lake sometime next year. Not too many details are known as of publication time. Love’s is still fairly early into the planning stages.

The good news: the above news report is just straight news. Nothing particularly negative or positive. Even more encouraging is the lack of comments from residents on the article. The worst criticism is merely “That is not a good location for trucks to get on I-90 eastbound.”

If that is the worst anyone has to say, consider it a win.

Not to be outdone by Love’s …

Pilot Flying J is also building a new struck stop off of Interstate 90 in central Washington state. No joke.

Construction for a new PFJ has begun in Ellensburg off Exit 106 on I-90. The report claims the PFJ will have more pumps than the Love’s on the other side of the roundabout. It will also include 52 truck parking spaces!

Editor’s note: A previous version inaccurately stated there would be no overnight parking at this location. The local news source was incorrect, as all 52 truck parking spaces can be used overnight.

Truckers can enjoy a newly renovated Enmarket in Hardeeville, S.C, according to Convenience Store News.

Formerly known as Joker Joe’s Truck Stop, the Enmarket off Exit 8 on Interstate 95 opened its doors earlier in November. The report states it the largest Enmarket location at 9 acres and 13,000 square feet.

According to the report:

Yes, another truck parking survey is underway. Before eyes start rolling, understand that this survey is slightly different.

The Mid America Association of State Transportation Officials  wants truckers’ input on its real-time Truck Parking Information Management System. Actually, this is a follow-up survey to determine how effective the system has been in Iowa, Illinois, Indiana, Kansas, Kentucky, Michigan, Minnesota, Missouri, Ohio and Wisconsin.

For more information on the Truck Parking Information Management System is, click here.

If you want to ensure that truck parking data is as accurate as possible, it will behoove you to take the survey that can be found here. The deadline is Dec. 25.

In November all of the Big Three truck stops – Love’s, Pilot Flying J and TravelCenters of America – opened locations throughout the country. In total, they added more than 300 truck parking spaces to the infrastructure: 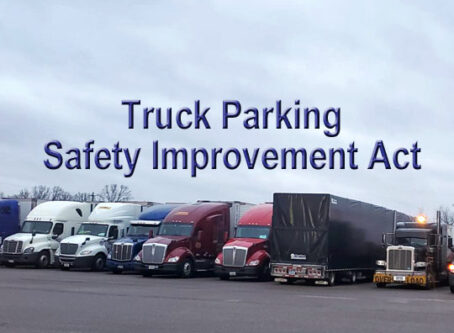 After lying in a four-month coma, the U.S. House is breathing new life into the Truck Parking Safety Improvement Act. Is your rep listed? 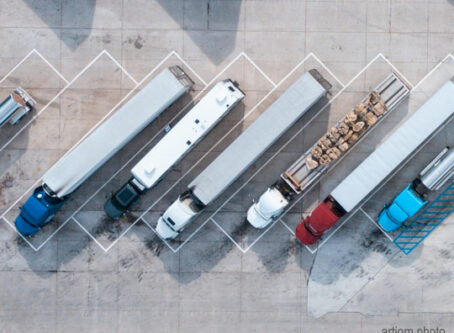 One Democrat and one Republican highlighted the truck parking crisis during a hearing addressing roadway safety. Will the nudge be enough? 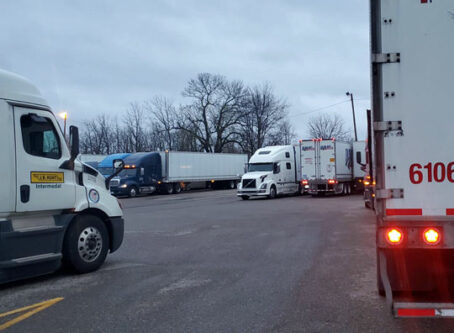 The leaders of the House Transportation and Infrastructure Committee have asked Secretary Buttigieg to address the truck parking crisis.