The Spirit of the American Trucker is scheduled to be at the TA Travel Center in Troy, Ill., on April 8-9. That’s at the I-55/I-70 junction with state Route 162, Exit 18. It is Edwardsville Road.

There are 92 truck parking spots at the Troy, Ill., TA. The website says the full-service restaurant is temporarily closed, but there’s Dunkin’ Donuts there and across the highway are some fast-food options with delivery and takeout available.

For the weekend and after stopping in Troy, Jon and The Spirit head to the Petro in Kingdom City, Mo.

There are 235 parking spots for trucks at the Kingdom City Petro. The website says there is online ordering from the Iron Skillet there and other locations.

Kingdom City was incorporated in 1967, just a couple of years after I-70 was finished, replacing U.S. 40 as the main highway through the state, according to the Kingdom of Calloway Historical Society. Gasper’s Truck Plaza opened the same year. The old building is gone, but the business is still there.

Traffic was off at the last stop in Troy for The Spirit, Jon said.

“The place is kind of deserted,” he said.

Though fewer drivers were around to stop by OOIDA’s tour trailer, those that did were interested to hear that Todd Spencer, president and CEO of the Owner-Operator Independent Drivers Association, had been featured on CNBC. He was explaining some of the issues in letters he signed to President Donald Trump and members of Congress.

It the most recent letter to President Donald Trump, OOIDA asked for “urgent and immediate action” to protect truck drivers as they haul essential freight during the COVID-19 pandemic.

In the letter to Congress, Spencer said changes are necessary that would affect truck drivers long after the COVID-19 national emergency is over.

On CNBC, Spencer said professional truck drivers struggle to find safe parking places and are at risk of being exposed to the coronavirus. They need access to testing that can be done in a timely fashion, he said.

“You know, results that come three or four days later are simply of no practical use for people who spend their lives on the road,” Spencer explained.

Spencer said he expected relief supplies and groceries will continue to need professional truck drivers even though business in other parts of the economy will likely drop off. An overarching problem has to do with compensation for the drivers providing essential service to the nation.

“Oftentimes, the revenue they’re being offered right now to bring (food and supplies) isn’t enough to offset their costs or, for that matter, their increased risk financially and actually to being exposed to being ill,” Spencer said.

If you see OOIDA’s tour trailer, stop by and say hello to Jon. He enjoys visiting about the Association’s activities and current issues. You can join or renew your OOIDA membership for $10 off the regular price there. Also, you can get vouchers for flu, shingles and pneumonia vaccines from Jon.

After Troy and Kingdom City, Jon and The Spirit are scheduled to head to OOIDA headquarters in Grain Valley, Mo. Here is the schedule. 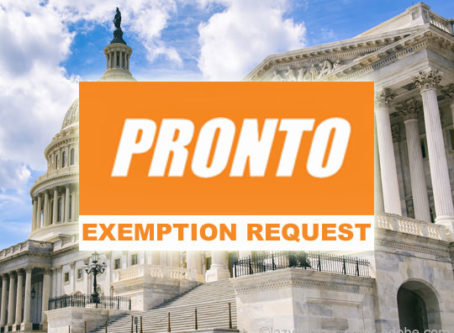 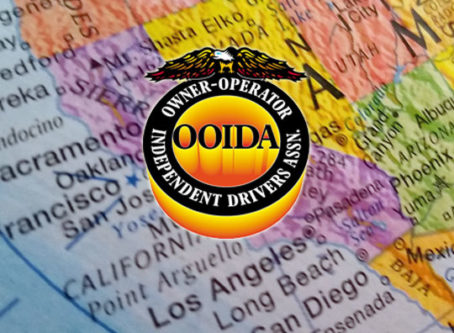 AB5 could be fatal to owner-ops, OOIDA tells Ninth Circuit