OK, it’s not quite love-hate. I have more of a like-dislike relationship with the American Trucking Associations. Whenever I start thinking respectful thoughts about the big-trucking club of Arlington, Va., they do something to cheese me off. Well, it has happened again. But first, a little history.

But as I was saying, around 1970 when A-P-A Transport, a long-gone LTL, took me from a truck and put me behind a desk, I saw my first copy of ATA’s Transport Topics. I have been a reader ever since. A-P-A was in its ascendance then, a star in the LTL universe. We had lots of visitors, including reporters. Since I was A-P-A’s unofficial PR guy, I often answered their questions and led them on tours. One writer was from Transport Topics. At the time, I imagined writing for Transport Topics as the best job ever, the greatest job I could aspire to. The Transport Topics reporter wore a TT tie bar and sensed my awe. When I commented on the tie bar, he unclipped it and gave it to me. I still have it here somewhere.

Even after I came to write for other industry publications, I saw the ATA as a positive force that represented the entire industry by default.

I was happy to use ATA news releases and thrilled to interview then-president Tom Donohue. I wrote a most positive column about ATA after Donohue was replaced by a guy named Walter McCormick, who launched a program to attract small carriers. Great idea to democratize the ATA, I thought. I titled the column “ATA on the High Road.”

But then, McCormick and the ATA launched a simultaneous effort for what they called “productivity.” It was really a campaign to lift federal and state limitations on truck weights and dimensions, something only a handful of big carriers – the very biggest – really wanted. Small and midsized carriers wanted no part of it. For them, it simply meant an otherwise unnecessary investment in new equipment – never mind the safety implications of bigger, heavier trucks.

When I called out ATA in a column headlined “Old Game with a New Name,” some big-trucking people demanded I be summarily executed. But my stand-up editor reduced the sentence to 24 hours in my room with no TV. That was a brave thing for the editor of an advertising-dependent magazine to do. For me, “dislike” became part of that ATA-and-me relationship.

All of which brings us to a more recent episode in which I was thinking nice thoughts about ATA. Actually, it was a few months ago. The independent Transportation Research Board held a convention in D.C. (The TRB is unrelated to the ATA’s own American Transportation Research Institute or ATRI.) One panel at the TRB convention included the ATA’s vice president for highway policy, who talked about trucking’s parking problem. The ATA veep said that 40% of drivers – truckload drivers, I presume – shut down to search for parking while they still have from half-an-hour to a full hour of driving time left

Parking is an issue that ATA shares with virtually all drivers and carriers subject to the tyranny of ELDs.

There are other issues too. We’re all concerned with America’s transportation infrastructure – our highways, bridges, and tunnels in particular. We’re all concerned about expensive insurance, tolls, and taxes. Where these basic challenges are concerned, it’s good to have ATA’s strong lobbying organization on our side. I was thinking friendly thoughts about the ATA again. But then I read more of what their veep said to the TRB about parking.

In order to make the ATA’s view more appealing, the veep explained the costs of inadequate parking in terms, not of the carriers the ATA represents, but of the drivers they most certainly don’t. Miles driven while looking for parking are not paid. In the time lost, drivers could otherwise log up to 9,000 paid miles a year, he said.

“It’s frustrating and costs the average driver about $4,600 in direct lost compensation looking for truck parking,” he reportedly told the TRB folks. He went on to characterize the loss as the equivalent of a 12% pay cut and a “main reason” drivers quit the business. “It’s costing them time and money,” he said. The ATA was using the plight of drivers, particularly their financial loss, to make the case.

This is where fuzzy feelings for ATA stopped. What the veep did not acknowledge to his audience is that ATA represents the big carriers who actually pay the drivers. Those carriers, big-time members of the ATA and the folks who ultimately decide ATA policy, are also in direct control of what drivers earn or do not earn. The poor drivers do not suffer financially because of the parking problem. They suffer because carriers refuse to absorb the costs of parking as the variable business expense it is. They make the drivers pay.

It’s the reason carriers love mileage pay. It unloads virtually all the variable costs of trucking onto drivers – waiting time, traffic delays, and the like.

And here is this ATA exec crying over how drivers suffer – oh those poor drivers! – when it is wholly within the carriers’ ability to end that suffering with a fair payment system – or at the very least an adjustment to the current abusive system. In a just world, it would be their obligation.

The ATA was cheesing me off again.

I really liked thinking good thoughts of you, ATA. But, as usual, you put me right back into dislike mode. 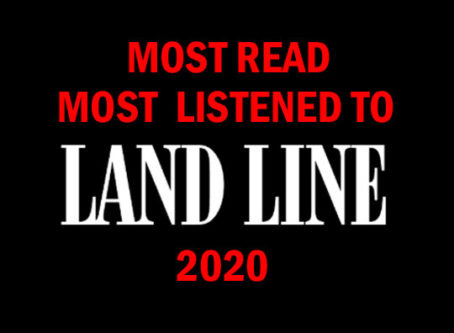