Staying informed and building relationships with lawmakers are two of the key tools Monte Wiederhold uses to advocate for himself and his fellow truckers.

An OOIDA board member with over 40 years of experience behind the wheel, Wiederhold discussed a variety of trucking issues and his role on the Association’s board of directors with “Live From Exit 24” on Wednesday, Sept. 9, including how to get involved in the regulatory process.

“Some of the regs we deal with don’t make sense,” Wiederhold said. “I couldn’t imagine just sitting on the sideline and going, ‘OK, I guess they’re going to pass this.’ I’m not going to go down without a fight.”

As part of his involvement in some of those regulatory fights, Wiederhold said he’s gotten close to some of his lawmakers, including Rep. Steve Chabot, R-Ohio, who he calls frequently to discuss trucking issues. He said building those relationships starts by getting to know a lawmaker’s staff working out of the local office in your community.

The discussion about networking with lawmakers came from a caller who voiced concerns over broker transparency, an issue OOIDA has been fighting hard for since the COVID-19 pandemic began.

A resident of Maumee, Ohio, Wiederhold became a truck driver in the 1970s. He became a member of OOIDA in 1983. Jim Johnston, who was OOIDA’s president from 1975 until he died in 2018, encouraged Wiederhold to join the Association. In 2017, Wiederhold testified at U.S. House Small Business Committee hearing. Last month, he represented truck drivers and met President Donald Trump at the White House as part of a Republican National Convention segment honoring essential workers.

Several of the callers sought to draw on Wiederhold’s decades in the trucking industry for practical advice and experience for new entrants. He said one piece of advice that was valuable for his bottom line was “Trucking is a penny business.”

“I’m not saying you’ve got to figure every load down to the exact penny, but you’ve got to watch your expenses,” he said. “I’ve never had a new truck in my life … Being able to do some of your own garage work will save you a ton of money. If you can do some of the wiring issues, fixing lights, brake jobs or whatever, that will save you a whole lot of money over the long haul.”

Listeners can tune in to the show on the Live From Exit 24 website or on OOIDA’s YouTube channel.

OOIDA is asking the U.S. Department of Labor for a 30-day extension to the comment period on a proposed “economic reality” test. 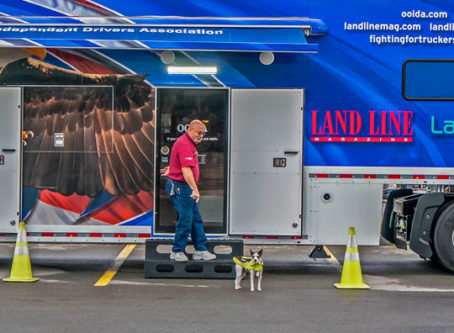 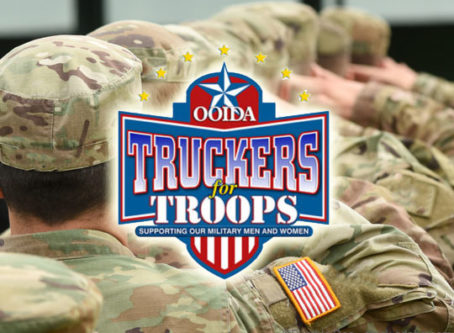 Truckers for Troops to kick off week of Veterans Day

OOIDA’s 2020 Truckers for Troops campaign runs the week of Veterans Day, from Monday, Nov. 9, to the start of business on Monday, Nov. 16. 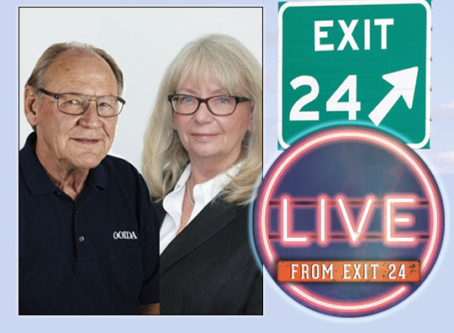 A special episode of “Live From Exit 24” will take a look back at the history of Land Line Magazine. The episode premieres Oct. 21. 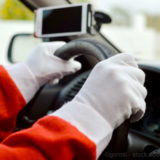