An already unusual lawsuit accusing a trucking company of violating the Americans with Disabilities Act has taken another turn after the company claimed compliance with ADA would lead to violations of Federal Motor Carrier Safety Regulations.

Denver-based Western Distributing Co. is pushing back against a federal complaint filed by the U.S. Equal Employment Opportunity Commission. EEOC claims the trucking company had a policy that would fire employees returning from medical leave if they could not fulfill their duties without accommodations.

Western Distributing is arguing that it “has been forced between a rock and a hard place” in its motion for summary judgment. However, the trucking company is at risk of having that motion tossed out after the judge put its attorneys on notice for not following directions in formatting the court documents.

Americans with Disabilities Act vs. FMCSR

In its attempt to have the case thrown out, Western Distributing claimed following EEOC’s directives will lead to violations of Federal Motor Carrier Safety Regulations.

The case dates back to 2009, when EEOC first got involved with a trucker’s Americans with Disabilities Act claim. In May 2009, Western Distributing received a note from a doctor that stated the trucker could return to commercial driving with no restrictions after recovering from heart surgery. However, the company required a release from its own doctor. The contracted doctor determined that the driver could not return to work until at least June 26, 2009, after his follow-up appointment.

Western Distributing denied the driver’s request to work in another capacity in the meantime. The trucker’s Family and Medical Leave Act leave expired on June 17, 2009, just nine days before the scheduled appointment with the company’s doctor. The trucking company discharged the driver that same day.

The company doctor cleared the driver for work on June 26. However, the driver was told he would need to be rehired as a new employee. The lawsuit alleges that “numerous other qualified employees with disabilities have been denied the opportunity to work.”

Regarding the contracted doctor, the trucking company pointed out that it must follow Federal Motor Carrier Safety Administration regulations. Specifically, a doctor certified by the Department of Transportation must clear a driver. If Western Distributing were to put the driver back behind the wheel without that clearance, it would be in violation of those rules, the company argued.

Western Distributing is pushing back against EEOC’s recommendations for accommodations. The company called those allegations hypothetical and never requested by any employee alleging violations of the Americans with Disabilities Act.

“EEOC simply invented new ideas for accommodations throughout the course of the lawsuit, implicitly arguing that Western should be held liable for merely failing to imagine and offer all possible accommodations an employee might hypothetically seek,” Western Distributing argued. “EEOC’s desperate efforts to go forward with this case through an ‘everything-but-the-kitchen-sink’ approach demonstrates its failure to establish that Western’s standard operating procedure was disability discrimination.”

EEOC filed the Americans with Disabilities Act complaint in federal court in 2016. Since then, the case has seen some unusual action.

The case has already gone through three judges. After the first three judges either were removed or recused themselves from the case, Judge William Martinez was assigned the case and has remained with it since.

On Tuesday, Nov. 9, Judge Martinez scolded Western Distributing’s attorneys after they filed their amended motion for summary judgment. In September, Martinez directed attorneys to add certain elements to all citations within filed documents.

“To the court’s immense frustration, in filing its amended motion for summary judgment, defendant has patently failed to comply with this portion of the court’s order,” Martinez said in a text order.

Specifically, page numbers were omitted. A corrected amended motion for summary judgment is due Nov. 15.

“Counsel for defendant is on notice that should they fail to follow exactly the court’s directives in this order their client risks having it corrected amended motion for summary judgment summarily denied,” Martinez stated in the order. LL 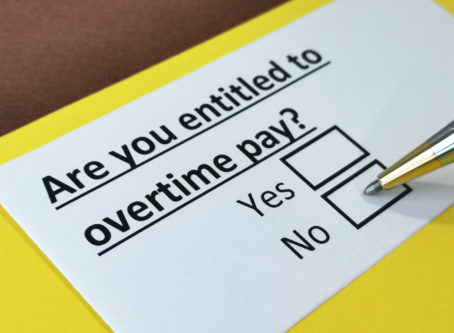