The Owner-Operator Independent Drivers Association is “adamantly opposed” to any proposal which would mandate speed limiter devices in commercial motor vehicles.

OOIDA sent a letter to Transportation Secretary Pete Buttigieg, telling him to reject failed speed limiter proposals that have been resurrected by the American Trucking Associations in coordination with Road Safe America.

“This 2016 (notice of proposed rulemaking) would not only fail to improve safety and likely lead to more crashes involving CMVs, but would provide large carriers an even greater competitive advantage over small businesses,” OOIDA president Todd Spencer wrote in a letter to the U.S. Department of Transportation. “We are adamantly opposed to any proposals that would create a separate nationwide speed limit for CMVs.

The Association created a video to demonstrate the dangers of speed limiters.

Additionally, arbitrary speed limits make it difficult for truck drivers to switch lanes to accommodate merging traffic at entrance ramps – or to merge themselves.

“Studies and research have already proven what we were all taught long ago in driver’s ed classes – traffic is safest when vehicles travel at the same relative speed,” Spencer’s letter states.

The latest proposal from ATA would mandate that trucks operate at a speed of either 60, 65, or 68 miles per hour, well below the maximum speed limit in nearly every state.

Mega carriers’ use of speed limiters is primarily for fleet management purposes – a tool single truck operators and small fleets don’t require. OOIDA sees their effort to speed limit independent truckers as nothing more than an attempt to eliminate one of the few economic advantages small-business truckers currently enjoy.

“Drivers hate speed limiters because of the operational and safety problems they create,” Spencer’s letter states. “Large carriers would love nothing more than to ensure every truck and carrier is stuck with these devices, so their drivers stop fleeing for jobs at more trucker-friendly carriers.”

While ATA has previously pushed for a speed limiter mandate as far back as 2006, Spencer’s letter notes that the group’s position on a mandate has shifted more than once. ATA actually joined with OOIDA to oppose a mandate when NHTSA and FMCSA moved forward with a proposal in 2016.

“To be frank, it is difficult to keep track of what ATA and its members think about speed limiters,” Spencer wrote. “We would recommend that DOT hold off on a mandate, if only because we’re not sure where ATA will be on this by the time the agency could produce a proposal.” LL 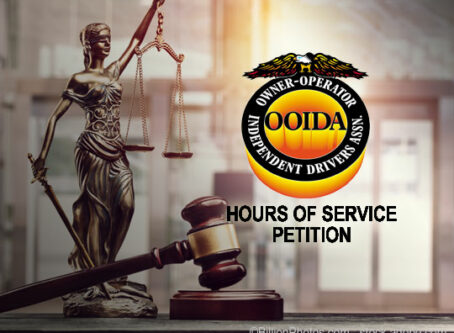