Calling it one of the “most overreaching proposed rulemakings in decades,” the Owner-Operator Independent Drivers Association said the public needs more time to comment on FMCSA’s speed limiter notice.

On Friday, May 13, OOIDA wrote to the agency asking for a 60-day extension to the comment period for a proposal that would require certain commercial motor vehicles to be equipped with a speed-limiting device.

FMCSA published an advance notice of supplemental proposed rulemaking on May 4. The speed limiter rulemaking would propose that most interstate commercial motor vehicles be speed limited. Commercial motor vehicles with a gross vehicle weight of 26,001 pounds or more and that are equipped with an electric engine control unit capable of being governed would be subject to the mandate. A speed had not been determined, but previous proposals floated the possibilities of 60, 65 or 68 miles per hour.

The agency set the comment period on the supplemental notice for 30 days, meaning the current deadline is June 3. If granted, OOIDA’s extension request would move the deadline to Aug. 2.

“This is one of the most overreaching proposed rulemakings in decades as it relates to the safety of the traveling public, roadway efficiency and the livelihoods of our nation’s professional truck drivers,” OOIDA wrote.

“Our members are on the road and away from home up to 250 days or more each year. Considering what is at stake, as well as the amount of time and resources it will take to develop meaningful feedback, we believe FMCSA should grant a 60-day extension to file comments.”

OOIDA pointed out that a 2016 joint speed limiter proposal from FMCSA and the National Highway Traffic Safety Administration included a 90-day comment period. The two dockets generated more than 6,800 comments.

“We believe this latest proposal merits the same attention and deserves an equal 90-day public comment period,” the Association wrote.

According to the Regulations.gov website, FMCSA has already received nearly 10,000 comments on the supplemental notice. So far, about 5,500 of the comments are open for public viewing. A sampling of the comments suggests the majority are opposed.

“Speed limitations on commercial vehicles are hazardous to drivers and the motor vehicles around them,” Michael Streiter wrote. “Speed limiters create difficult-to-pass situations along with merging slower than highway speeds.”

“As a professional driver with 20 years safe driving under my belt it is my belief that all commercial vehicles being set to one speed will clog all lanes of freeway travel,” Morris wrote.

“I know speed plays a factor in most accidents on the freeway. But most of the time it isn’t the top speed of the vehicle, it’s the speed is too fast for the conditions, whether it be rain, snow or construction. And as with the placement of (ELDs), this too will make drivers push speed of the semi at all times. Overregulation of an already stressed part of the supply chain will not help the safety on our roads. The only way to do that is with more training and harsher punishments for infractions. This is a very skilled profession. We just have too many unskilled people doing it.”

The OOIDA Foundation also gives several reasons why it believes a speed limiter mandate would have a negative effect.

In 2017, OOIDA published a video explaining the problems caused by speed limiters.

OOIDA encourages all truck drivers to submit comments on the speed limiter notice. For now, the deadline remains June 3. The Association has made the process easy through its Fighting for Truckers website. The public also can go to the Regulations.gov website and enter Docket No. FMCSA-2022-0004. LL 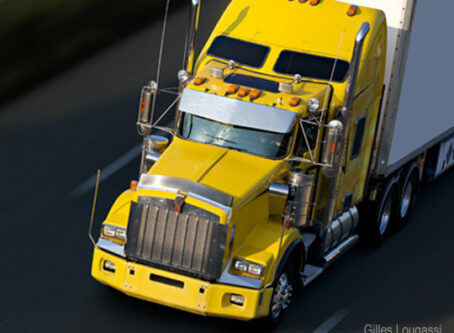